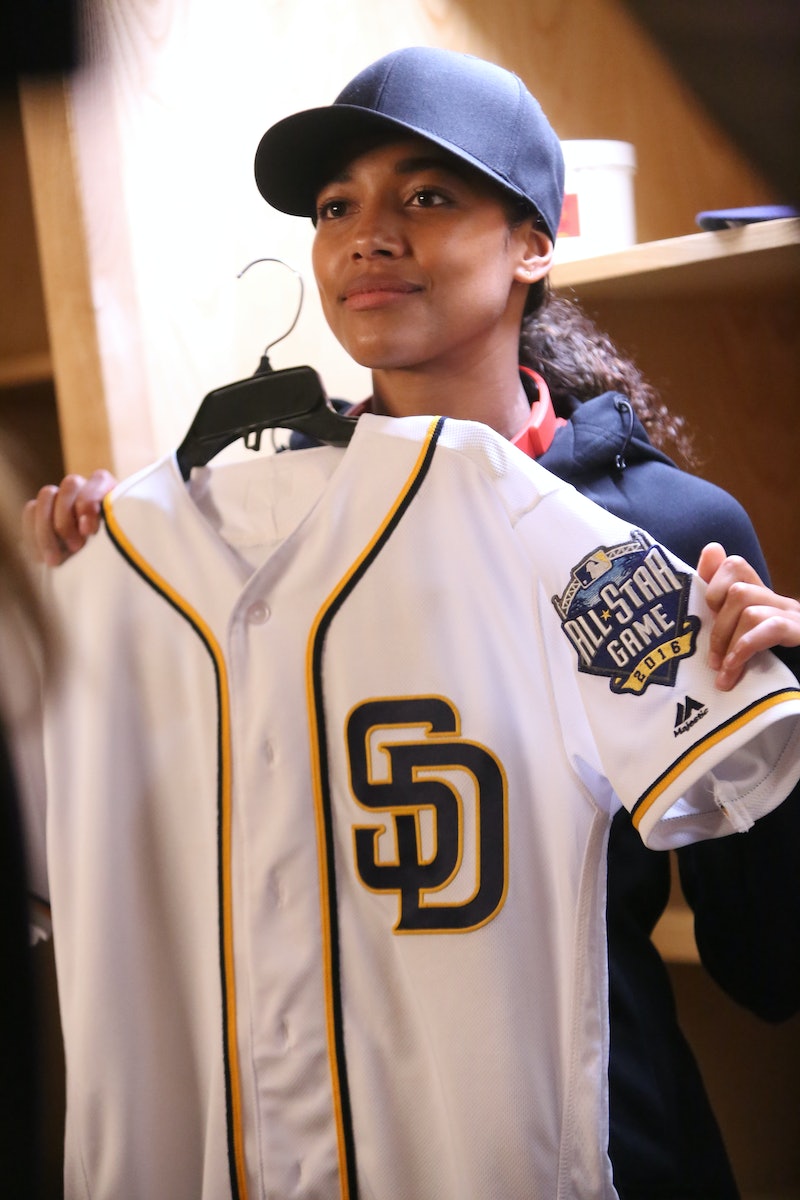 Have you ever stopped and asked yourself why don’t women play Major League baseball? Well, that’s the question that the creator of Pitch, the new television series that features the first female MLB player, is asking the world to consider as the show launches its first season. I have to admit, this is a question that, as a former softball player, I have thought about a lot. I wasn’t ever entirely sure why, from a very young age, I was encouraged to play this similar but very separate sport from the one that the boys were playing. Especially since, in every other athletic pastime, there seemed to be a female equivalent: Hockey, basketball, soccer, lacrosse. Why weren’t women playing baseball on a professional level, and can a show like Pitch really change the nationally held beliefs about who should be playing for the Major League?

It turns out that there isn’t exactly a rule against women playing in the Major League. Instead, like a lot of things that have to do with systematic discrimination, baseball has a long history of subverting and separating female baseball players from their male counterparts. Emily Shire writes in The Daily Beast that, while there is nothing explicitly preventing women from playing professional baseball, “[America] actively keep[s] women from participating in baseball, instead encouraging young girls who like the sport to pursue softball instead. The division of men in baseball and women in softball,” she adds, “is so entrenched in U.S. sports that we rarely take a moment to ponder that the split is neither natural nor necessary.” And, let’s face it, we all know this is true. Once you reach a certain age, co-ed Little League teams generally separate into two entities: Male baseball leagues and female softball leagues.

Here’s the kicker, though: Even if a female baseball player did push through the red tape and fight to play baseball on her high school team, Shire writes, NCAA baseball only has men’s teams. “So if a young woman wants a chance at an athletic scholarship, she is incentivized to play softball, even if baseball is her true passion.”

But there is some progress being made. In June, the Sonoma Stompers made history when they signed the first female professional baseball players to their roster. Two players, Kelsie Whitmore and Stacy Piagno, were selected to join the team. But it’s not like these players have been fighting the fight and playing baseball their entire careers. Both players were signed after stellar athletic careers at their respective colleges playing — you guessed it — softball.

So it’s not that women can’t play baseball for the MLB. It’s just that there seem to be so many roadblocks and red tape in the way that, even over a lifetime of practice and passion, one person would have a hard time fighting her way to the top.

Talk about a glass ceiling. It seems that, in baseball, we have farther to go than anyone ever thought. And if Pitch is the thing that starts the conversation, then that is a show that I will be watching.

More like this
Jake Daniels Just Became The UK’s First Active Football Player To Come Out As Gay Since 1990
By Sam Ramsden
Chelsea Woody On Shattering Stereotypes In Surfing
By Leah Groth
What Is Jeanie Buss' Net Worth? The Lakers President Is Uber Rich
By Hugh McIntyre
'Derry Girls' Creator Teases Exciting Spin-Off Starring These Three Characters
By Olivia-Anne Cleary
Get Even More From Bustle — Sign Up For The Newsletter