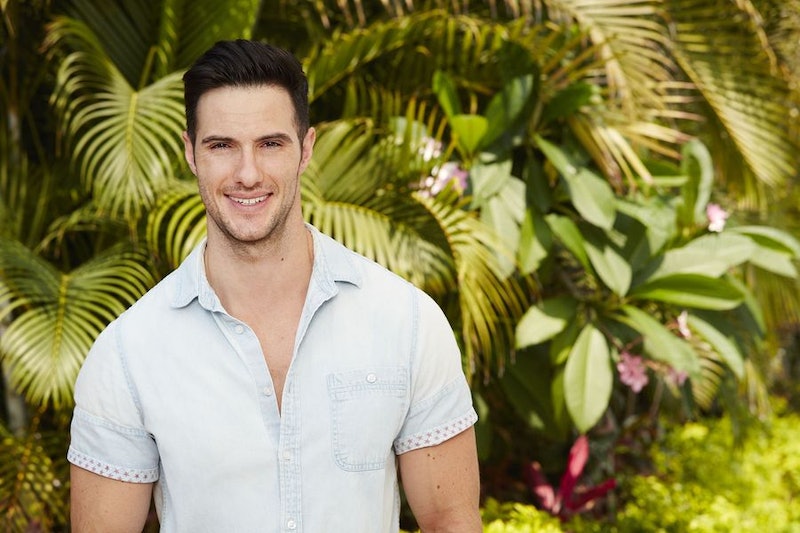 There are Bachelor in Paradise contestants whose ridiculousness I can deal with, and then there are the ones who I can't, and Daniel is definitely one I cannot handle. Now that this Canadian from JoJo Fletcher's season is missing his former partner in crime and resident villain Chad Johnson, Daniel is on his own — and he's also on the prowl. Thanks to a little pressure from the upcoming rose ceremony, Daniel got a lot of attention from the women, and it immediately went to his head. I hate to say it, but I think Daniel is the new Chad on Bachelor in Paradise, and it doesn't spell good things for his future on the show.

Daniel hasn't been getting the most attention so far this season... until Monday night. Being that two women were getting sent home this week, this rose ceremony was a pretty big deal, and that left more than a few of them knocking down Daniel's door to try to stay in Paradise for another week. Somehow, Daniel was completely oblivious to what was going on and was not at all surprised that these women were falling all over him for his attention, and he wasted no time developing the biggest, most unattractive ego ever.

In fact, he got so full of it that he let something slip he probably should have kept to himself. He thinks of himself as an eagle, so we won't stoop to a pigeon level. (His words.) But, if he had to have sex with anyone, he would want to sleep with Haley and Emily, and he referred to them as "the twins," which is a huge pet peeve of mine (and probably theirs). Not cool, man — and such a Chad thing to say.

There is one reason Daniel might not be as bad as Chad, and that came at the end of the rose ceremony. When it was his turn to hand out his rose, he decided to save Sarah, slightly redeeming himself in the process, because Sarah is the true queen of BiP 3. Daniel, you can be a little skeevy sometimes, but you have my respect for that one. Keep it up next week, k? K.

More like this
Kourtney & Travis Crashed His Daughter’s TikTok Live In Their 2nd Wedding Outfits
By Grace Wehniainen
Everything To Know About A Potential 'Love On The Spectrum U.S.' Season 2
By Gretchen Smail
Everything To Know About 'RHONJ' Season 13
By Brad Witter
There's One Big Reason Bru & Alyssa Aren't Dating After 'The Circle'
By Gretchen Smail
Get Even More From Bustle — Sign Up For The Newsletter