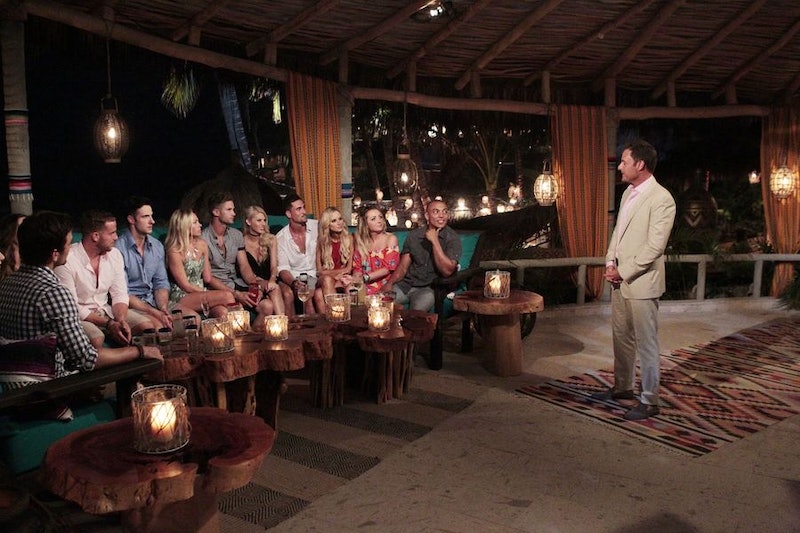 The Bachelorette might be over for the season, but don't be too bummed, because Bachelor in Paradise is here! I'm a sucker for every Bachelor franchise show, but BIP is definitely my favorite. You know all the drama and emotion that comes with a normal season of The Bachelor or The Bachelorette? Multiply that by 700, and that's what this show is all about. To the uninitiated, BIP may just seem like another reality train wreck, but that's where you're wrong. Season 3 is a great time to start watching, and before you do, here's everything you need to know if you've never seen Bachelor In Paradise before.

It has everything you love about Bachelor shows, from Chris Harrison to rose ceremonies, but with a twist — multiple people can (and sometimes do) actually find love. And honestly, with so many men and women in paradise, the chances of the contestants actually meeting someone they click with is way higher, even though there's still that element of competition keeping the stakes high. Sure, it's a lot sandier (and sweatier) than the usual Bach mansion, but isn't that part of the fun?

Ready to prepare for your first BIP viewing? Here's the complete guide.

Where on The Bachelor and The Bachelorette, the leading man or lady in question holds all the roses, it flip flops on Bachelor in Paradise. One week, the women each have a rose to give out to decide who gets to stick around, and the next, the decision is totally in the hands of the men.

2. And So Do The Date Cards

It's not always the men or the women who get to pick who they want to go on dates with, either. The responsibility of choosing who gets one-on-one dates alternates, too — and sometimes with surprising results.

As people are sent home each week, it becomes harder and harder to find a match, especially when the numbers are uneven. But don't worry, new former Bach stars are always arriving in paradise to shake things up. Case in point: When Josh Murray showed up two episodes in this season and swept Amanda Stanton off her feet, even though she had a thing going with Nick Viall at the time. Who doesn't love that kind of drama?!

4. And Most Of Them Will Come From The Most Recent Seasons

To start out with, the vast majority of the main cast comes from the most recent seasons of The Bachelor and The Bachelorette. Gotta keep things fresh!

5. The Theme Song Is Totally A Joke

If you've ever watched the opening credits for BIP and wondered what was up with the cheesy '80s intro, it's definitely not meant to be taken seriously. And in my opinion, it makes the show so much better.

6. The Pressure Is On To Get Engaged

The only way to "win" Bachelor in Paradise is to be one of the last couples standing, and in order to do that, you have to get ready to promise your life to someone. The good news? The free rings are pretty shiny. And more good news? BIP has a pretty good success rate so far. I mean, just ask Jade Roper and Tanner Tolbert.

Jorge is the bartender and an unofficial member of the cast. Imagining BIP without Jorge is like imagining it without Chris Harrison. It just doesn't work.

8. Things Move Even Faster In Paradise

On The Bachelor and The Bachelorette, relationships sometimes take a bit to develop since there's not too much one-on-one time spent with each other with such a big group to go around. On BIP, who you choose to spend your day with is totally up to you, so committed relationships can often spring up overnight.

9. But Sometimes, It's Just About Playing The Game

Sometimes, it's not about love. Sometimes, it's about getting that rose to stick around 'til next week in the hopes that your Bachelor Nation crush will show up on the beach. It's not the most romantic idea in the world, but it's not like these guys made the rules! And of course, it's never an excuse to lead someone on... even though that totally happens (cough, Joe Bailey last season).

The best thing about Bachelor in Paradise is that you don't have to be a Bachelor expert to love the show. Jump right in and embrace the drama! Once you've seen one episode, you'll be hooked.