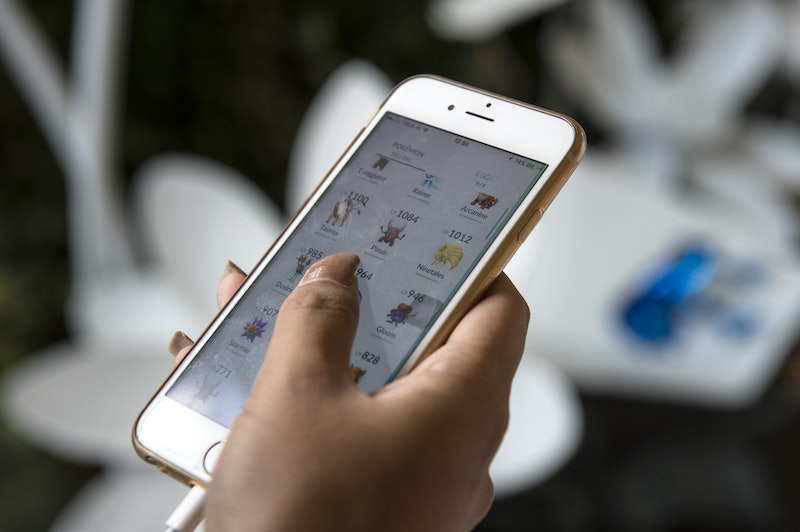 "Pokemon Go" trainers breathed a sigh of relief when news broke that developer Niantic was working on a new tracker for finding and catching Pokemon.You'll recall that the previous tracker malfunctioned for some time before being disabled completely; now, though, Niantic is testing out a new version with a select population of users. So exactly what is the new "Nearby Pokemon" tracker for "Pokemon Go," and what can you expect if or when this update rolls out across the entire platform? Here's what we know so far.

To the joy and delight of the "Pokemon Go" community at large, some of the lucky ducks who received the test along with the Aug. 8 "Pokemon Go" update have shared their findings with us via the wonders of the internet. From what we can see based on these users' intel, the tracking feature now has two sections: "Sightings" and "Nearby." The "Sightings" section of the new Pokemon tracker shows any Pokemon who might be lurking in the vicinity as icons with grass behind them; this means that they're out in the wild somewhere, but not necessarily super close by. For the curious, here's what that screen looks like within the app itself:

The "Nearby" section, however, gives you a little more information to go on, which might allow you yo pinpoint the location of a particular Pokemon a little more easily. "Nearby" Pokemon display with with a picture of a specific Pokestop behind them. When you tap on them, a map opens with an overhead view, directing you towards the Pokestop that particular Pokemon is hanging out around. According to TechCrunch , the Pokemon you're looking for should be within a block of that Pokestop.

Worth noting: Unlike the "Nearby" Pokemon, the "Sightings: Pokemon do nothing when you click on them. Also, they don't appear to be organized by distance. In other words, you'll have way less guidance with these guys, so prepare to roll up your sleeves and do a little more dirty work.

The new "Pokemon Go" tracker also seems to stay current and up-to-date better than the previous version. If you're on the hunt for a Pokemon and it runs away, it will disappear from whichever list you had found it on. If you're no longer within a close enough distance to a little monster, again, it will disappear.

Want to see it in action? Your wish is the internet's command. Check out this video:

To check which version of the new tracker you have, look to the lower right corner of the game's main map screen (after updating "Pokemon Go," of course). If you see both "Sightings" and "Nearby," you're one of the lucky testers. If you only see "Sightings..." womp womp womp. No updates for you. It's worth remembering, though, that whatever is getting tested right now might not end up being the final version of the tracking system, so fear not: Either this system will work and we'll all get it eventually, or Niantic will keep improving it until it's up to snuff. It's a win-win situation, so in the meantime, have fun catching 'em all!