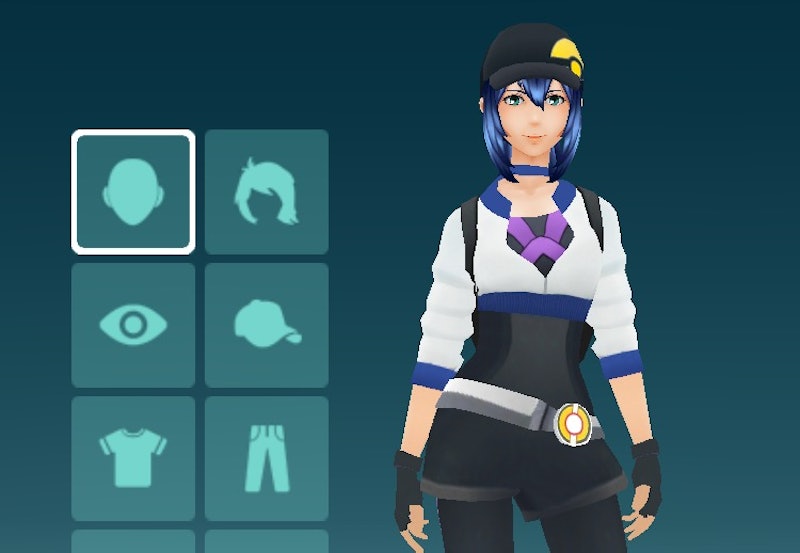 This past Sunday’s “Pokemon Go” update brought the augmented reality game back into focus, thanks to a number of changes made to the app’s functionality. But although we’ve already covered how to tell if you have the new update here at Bustle, it occurred to me this morning that straight up knowing how to update “Pokemon Go” might be useful for a few of you out there, too. So let's take a look, shall we?

The latest version of the popular app by Niantic both updated some features already present in the game and introduced a few new ones — most notably, the ability to change your avatar’s appearance at any time. Previouly, what your avatar looked like was set in proverbial stone after you created your account; if you had originally given yourself blue hair and got sick of it, you were stuck with it. (For what it's worth, I still dig my avatar's blue hair.) Now, though, you can change what your digital representation of yourself looks like whenever you want — and it’s not just limited to hair color or outfit, either: If you originally selected the female-presenting style, you can change over to the male-presenting one (and vice versa) at any time. Since what you look like has no bearing on the gameplay, it might seem kind of like a trivial detail; however, judging from the reaction on Twitter, it’s a welcome change.

If you want to change up your avatar’s appearance, though, you’ll need to have the latest update installed — which is where this post comes in. As of this writing (about 11:00 a.m. EST on Monday, Aug. 1), the current version of “Pokemon Go” for iOS is 1.1.1; you’ll notice that after Sunday’s big update, a smaller one became available today that fine-tunes some of yesterday’s new features. However, according to the Google Play Store, Android is still on Sunday’s version, 0.31.0. So, depending on your device, those are the two versions you’ll want to be on the lookout for. If you’ve already got them installed, you’re good to go, but if you don't, this one's for you.

One caveat: I have an iPhone, so the tutorial seen here is illustrated with screenshots showing how the update is performed on iOS devices; however, the process is similar for Androids, with the main difference being that you’ll go to the Google Play Store to download the update instead of the iTunes App Store.

I keep the App Store icon right on the first page of my home screen, because I’m lazy. Tap it to open it.

If there’s an update for “Pokemon Go” available, you’ll see a button that says “UPDATE” in big ol’ capital letters.

The download and installation process will begin. It pretty much takes care of itself from here; all you have to do is wait a few seconds, possibly while idly tossing around a Pokeball to keep yourself entertained.

Once the download and installation are both complete, the “UPDATE” button will turn into an “OPEN” button; you can tap on it to open the updated version of the app right from the App Store. Once you've done so, you can follow these steps to update your avatar if you so choose.

And that’s all there is to it. Have fun, kids!