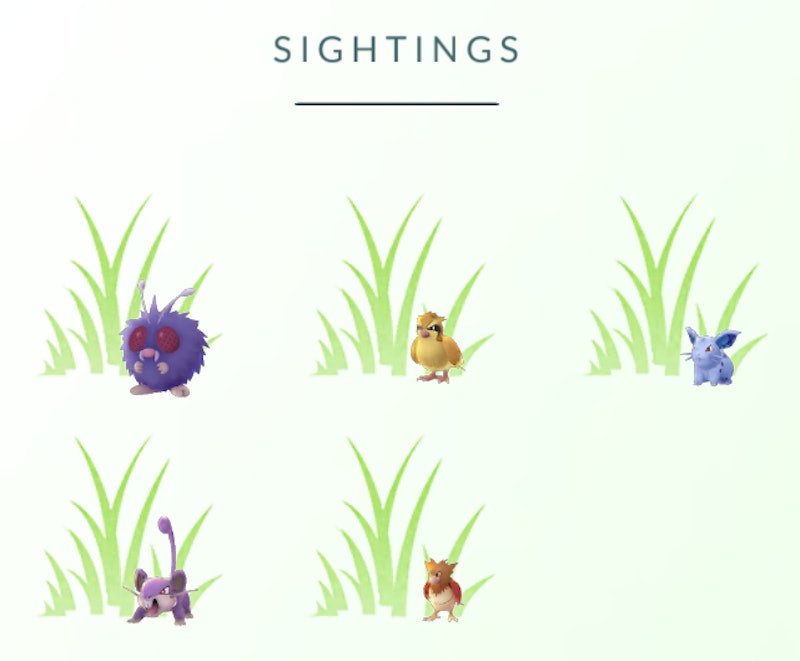 I know, I know, catching that Dragonite has been difficult with such an unreliable "Pokemon tracker," but a new update released yesterday promises to not only fix all Poke-problems, but make Pokemon hunting more fun than ever before! So how can you tell if you have the new "nearby Pokemon" tracker? All faithful "Pokemon Go" players are familiar with the "nearby Pokemon" tab in the lower righthand corner of the screen. The confusing “footprint” system we once relied on to find Pokemon would leave you circling the same few blocks for an hour in search of a Pikachu until you finally gave up and went home to pour yourself a tall glass of wine. Since the flawed footprint system was removed, we humble Pokemon trainers have been frustratingly tracker-less.

It's hard to believe that these bugs are finally being fixed — thanks Niantic! — and that you’ll be able to find that nearby Dratini without a hitch, but it's finally happening, people! Want to give it a try? Simply update the “Pokemon Go” app, then sign in through your Google account and accept the terms. All "Pokemon Go" users are currently able to enjoy stage one of the update: "Sightings." You can tell that you have successfully installed the update by clicking on the tracking box. You should see brand new icons of Pokemon sitting in front of tufts of grass.

While this current update looks great, it still doesn’t give exact locations. Budding Pokemon trainers can use the list to track Pokemon by keeping the sighting tab open, and walking around until the Pokemon appears on your screen, or disappears from your sighting tab. If a Pokemon disappears, simply retrace your steps till it reappears under "sightings" and try a different direction (this is one step away from aimless wandering, I know). Forbes reports that Pokemon should be within a block and a half of the location where they first materialized on the sighting screen (approximately 500 to 800 feet).

A more permanent fix is currently being beta tested by a small "subset of users" primarily located in San Francisco, Tech Crunch reports. If you think it is totally unfair that our Bay Area brethren seem to get everything from the best sourdough bread to the latest "Pokemon Go" updates, I wholeheartedly agree. In the test version of the update the tracker includes a "Nearby" section as well as "Sightings." You can check it out in this video:

The "Nearby" tab shows what Pokemon are spawning near Pokestops in your area, while "sightings" shows what Pokemon are located "in the wild." Pokemon are displayed in front of an overhead image of the Pokestop, with a colored circle surrounding it (though it may look entirely different by the time it is released to all users). Tech Crunch writes that these local Pokes should be within a block of their designated Pokestop, and the spawning and despawning of Pokemon in the tracker are more accurate than ever before.

The quest to catch ‘em all is officially back on!

Check out the Pokemon GO News Twitter for by-the-minute updates!