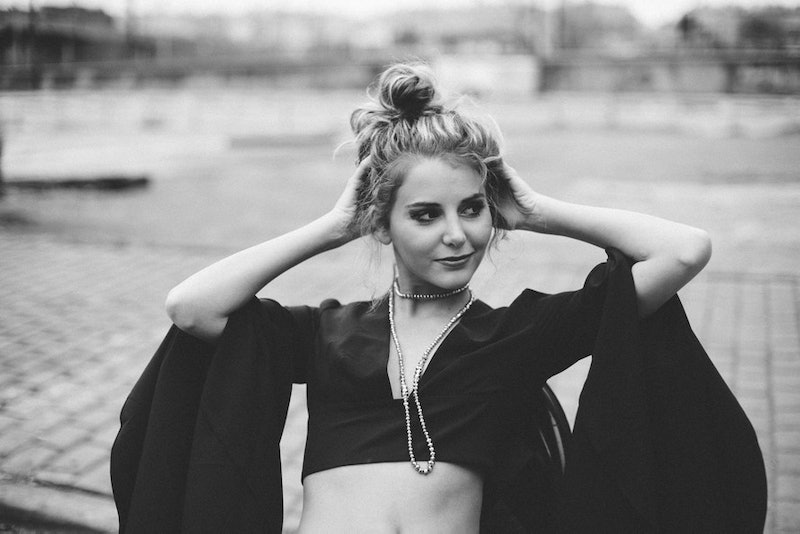 I used to think confidence was something some people were born with, and if you weren’t born with it, you were stuck having to constantly fight an upward battle to have good self-esteem. Well, luckily this isn’t the case. There are ways to build self-esteem instantly that can help any of us who have ever lacked confidence gene to bring ourselves to a new, positive place. Just because some people seem to naturally be confident doesn’t mean the rest of us need to lack that ability. This article sets out to highlight some simple tricks for building up confidence that can quickly and easily make a big difference.

If you’re anything like me, you’ve been here before: You’re sitting at your desk casually taking note of how much success those around you are having at the given moment, and wondering what you’re doing wrong that is making you feel as though you’re not as good as your colleagues. In this situation, you’re getting in your own head and bringing your self-esteem down without any rationale for doing so. Perhaps you just accomplished something huge at work, too — and rather than allowing yourself to celebrate it — you’re dwelling on those around you and making unnecessary comparisons. Stop right there. Self-esteem is all about feeling good about yourself, and making comparisons to others to not going to help your case. There are several things you can do right now to get yourself out of this slump, or whatever other situation you’re in that’s leaving you with a down and out feeling. Let’s boost you back up. Here are 9 ways to build self-esteem instantly.

You’ve likely heard before that a little sunshine can take you a long way. Well, turns out this is very true of your self esteem as well — getting some sunshine can literally brighten your day, especially when you’re being active while soaking up the rays. According to a study published in the journal Environmental Science and Technology, getting some activity outdoors for just five minutes can improve self-esteem. This could mean something quick and simple, like a walk around your office building or a short bike ride.

Here’s a key to boosting that self-esteem back up — according to the Mayo Clinic, you should stop the habit of taking the positive things that happen in your life — like your accomplishments — and turning them into negatives. This means if you’ve accomplished something great, accept that you've done well. I spoke via email to clinical psychologist Dr. Joel Ingersoll, PH.D, CMC — the founder of Take On College — and he agrees. "Acknowledging our accomplishments or giving ourselves a pat on the back for an achievement is a great way to increase self confidence," Ingersoll says. "Too often we get stuck in the trap of regular self-criticism, so challenge yourself to practice a routine of more positive thinking and you'll set yourself up for a positive self-concept."

I also spoke over email with psychologist Nicole Martinez Psy.D., LCPC, who adds that sometimes we are taught that we're bragging or being full of ourselves if we admit that we have accomplished something, or that we are good at a certain skill. However, she notes this is simply not the case. Rather, Martinez suggests embracing those things and owning them. "We should let it be known if someone needs someone with that skill-set, we are their go to person," Martinez adds. "When you can make that connection and you get positive feedback for it, you really boost self esteem."

3. Do Your Best Power Pose

Posture can work wonders on your self-esteem, according to Oprah.com. In fact, the outlet noted that taking a “power pose” (hands on hips, feet flat on the ground, shoulders squared off) can boost your feelings of confidence by 40-percent. Next time you’re chatting with a coworker around the water cooler, try that stance. You’ll very well find yourself feeling instantly more powerful.

Just as much as the way you stand plays into your level of self-esteem, so does the way you speak. Those with great levels of confidence tend to omit the filler language (think “um” and “ah”) when they’re speaking, and rather take a more assertive approach, according to Entrepreneur. When you learn to speak more assertively — without those fillers and with a lower-pitched, steady tone — you’ll come across as more confident, thereby helping yourself to feel more confident, according to the outlet. (Keep in mind that assertive and aggressive ways of speaking are two different things... aim for the former.)

5. Make Some Lists About Yourself

It’s time to list yourself! Psychology Today recommended coming up with three separate lists — one that will outline your strengths, another that will outline your achievements, and a last that will highlight things you appreciate about yourself. If your self-esteem is really lacking and you can’t seem to come up with points for these lists, recruit a friend to help you out. Then, the outlet noted you should keep the lists handy and reread them regularly to get you feeling good. Also, feel free to add to them as you begin to feel more and more confident.

6. Take A Break From Social Media

Social media can be fun, but sometimes it leaves us comparing ourselves to others without even realizing we’re doing it. How is it that the girl you went to high school with is suddenly a VP at a successful company in the big city, and you’re still pushing papers at a cubicle in your hometown? However, just because others' lives look pristine doesn't mean they actually are. "I tell patients all the time that people present the best — and often not the most accurate version — of themselves, their job, their families, and their relationships on social media," Martinez says. "They only out the best things instead of the day to day. It is not a realistic comparison, and it can leave a person feeling like they are far behind... that everyone's lives are so much better than theirs, when this is not the case at all."

That said, taking a break might be just what the doctor ordered. "Taking a break from social media outlets is a great way to minimize the risk of comparing ourselves to others and provides a great opportunity for self-awareness and personal growth," Ingersoll says. "Take a break from social media and you have a chance to define a positive self-concept on your terms, which is much more empowering and lasting through your personal validation rather than comparing ourselves to others or relying on others views of us."

Some of the most cringe-worthy moments of my life so far have been those when I’ve come to a classroom or work meeting unprepared and have been called on to speak. Those deer-in-headlights moments make my skin curl, and I’m always left leaving feeling incompetent and down about myself. According to Inc., a great way to build your self-esteem is by being as knowledgeable as you can about the topics or situations you feel you might be facing. Being prepared is vital. This means reading that chapter your teacher assigned ahead of class, or going through the brief from your boss before heading into the big meeting. Think of how great you’ll feel when you’re asked a question and can nail the response without a flinch. Watch as your confidence boosts just like that.

8. Remember To Live By Your Values

According to eHarmony.com, another way to increase your self-esteem instantly is by making the right decisions based on your beliefs and values. Feeling good about the decisions you’re making can help you feel good about you, too. This could mean staying mum when coworkers are trash-talking the new hire, or saying “no” where someone asks you to help them cheat on a test — ultimately anything that aligns to what you believe is right.

9. Show Off Those Pearly Whites

Did you know smiling can actually make you feel good? It’s true. According to SheKnows.com, even when you don’t feel like smiling, try to put a smile on anyway. This will help you to exude happiness, making the people around you feel good, and in turn bringing happiness and positive feelings your way too. The outlet noted it can instantly make you feel better about yourself.

If you’re feeling low right now and want to try to boost your self-esteem back up, try out some of the tips outlined above. You might find you’re feeling more confident in now time just by practicing these few simple tactics.