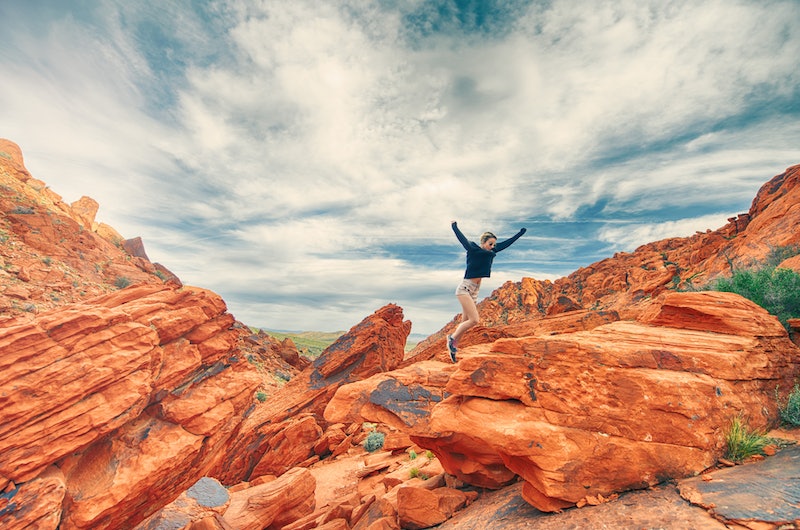 They've all been with their partners for eons and if they're not married or engaged to be married, they're right around the corner from 'til death do us part and they want a vicarious taste of the single life via you, their exotic zoo animal. But the last thing you want to do is dish. Even if you do have a few good stories to tell, you don't want to tell them. You don't like how they make you feel lesser, different. It's unfair to assume that someone who is single is out having casual sex and making mistakes. And it's patronizing to console someone who is single. Who says you're unhappy?

There are two different ways people tend to look at being single. There's the half-empty attitude, which is the insecure way of living la vida uno. The type of woman who feels incomplete without a partner fails to see the value in herself and is more likely to have trouble finding a partner when the time is right. Then there's the half-full attitude, which is adopted by confident women who rock being single. While they might be aware that there's more room in the cup, they're not focused on it. They're too busy being enough. So don't offer them your condolences, their eyes are dry. Here are eight ways confident, glass half-full women rock being single.

They're not home every night crying away the fresh ink in their journal. They accept that they're not in a relationship and they embrace it. Being single is a choice, not a sentencing.

They have high standards

They focus on themselves. This is their time to be selfish and turn all of their attention inward. Confident single women have the energy to challenge and better themselves, for themselves.

They build a full life

Women often seek relationships to fill holes in their lives. The best partners however, go into relationships without holes. Their lives are both full and fulfilling before they enter the relationship which then gives them more to offer. A relationship should be the cherry on top of an amazing life.

They take care of themselves

Being healthy doesn't necessarily having a perpetually green juice mustache, it just means having a good relationship with your body and mind. These women take care of themselves because it makes them feel good, not to make others feel good.

They find their style

They squash their fears

These women are not afraid of being alone. They don't care what society thinks of their solo status and they don't let their singleness keep them from living their lives. They're their own +1.

They get out there

They take full advantage of their ability to meet and get to know new people. They go out and make new friends whenever possible. This might be the only time in their lives that they need to worry about how their actions affect others. This doesn't necessarily mean they're out sleeping with the whole city (although power to you if that's your jam) — it just means they don't take their social lives for granted.