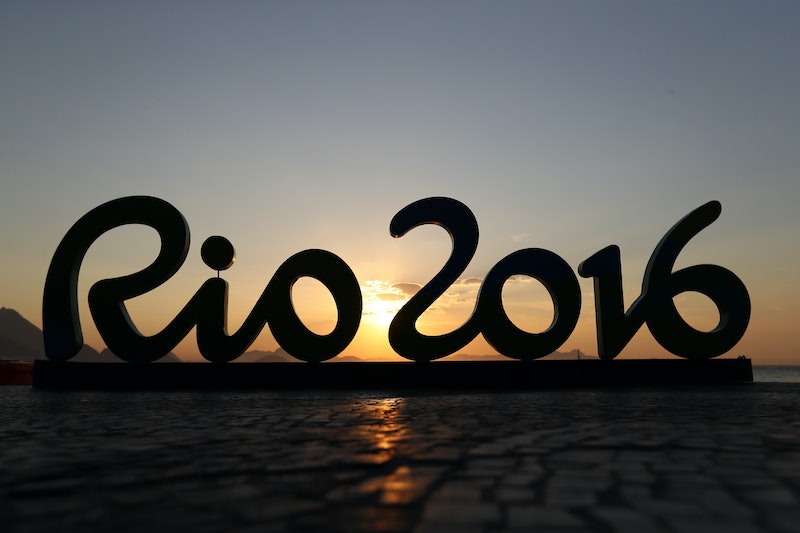 With the kickoff of the Rio games last Friday, Olympic season is upon us once again — and although many of us around the world will be expressing patriotism for the elite athletes of our home countries, it may surprise you to learn that Olympic athletes can actually change countries. Not half way through the competition, of course; but, athletes don't necessarily have to compete for the same country year after year. If, for example, an athlete has a dual nationality or is of mixed heritage, and a country permits them to participate, then they can potentially represent more than one nation across their career. Indeed, they might even play against the country in which they were born.

For example, in a recent piece exploring the many motivations of why an Olympic athlete might choose to compete against their home country, rather than for it, The Atlantic considered pole vaulter Giovanni Lanaro. Lanaro was born, raised, and trained in the state of California; however, during the 2004 Olympics in Athens and the 2008 Beijing Olympics, he completed for Mexico, where his mother was born — and where the national Olympic rules stipulate that you only need Mexican heritage to participate. Indeed, speaking to the LA Times in 2008, Lanaro said, "I will always compete for Mexico. I will never compete for any other country."

So what are the legalities when it comes to switching allegiances? The Olympic Charter requires only that an athlete be a national of the country for which they are competing, notes The Atlantic. Additionally, if they want to compete for a different nation, they have to wait three years after they last competed for their country of origin. In other words, it's really not that hard to do, which is why athletes crossing borders for a spot in the Olympics isn't unheard of around the world.

In the UK, for example, it was recently revealed that five athletes from the United States, Cuba, and other countries were announced as competitors for Team GB in the qualifiers for various sports such as the sprint and vault; furthermore, at the London Games in 2012, 60 athletes who made the national team were born abroad. At the 2004 Athens, Americans of Greek descent played for the host nation's baseball team; Slovenia welcomed Jamaican-born sprinter Merlene Ottey to their team; and table tennis player Jun Gao, who was born in China but now lives in California, won a silver medal for China in the 1992 Olympics, then competed for the United States not only at Athens, but also at the 2000 Olympics in Sidney and the 2008 Olympics in Beijing.

Unfortunately, the manner in which the media often covers Olympic athletes who compete against their home countries tends to be problematic. Headlines such as "They're American, except in the Olympics" and “Is Hammon A Traitor?" (in response to South Dakota native and WNBA star Becky Hammon competing for Russia in 2008), along with the use of phrases such as "plastic Brits" (which was first used to describe athletes born abroad competing on Team GB during the 2012 Games), paints these athletes with an unnecessarily negative brush.

Despite this, however, countries have benefitted from receiving foreign athletes many times, so questionable coverage aside, athletes playing for different countries is neither unusual nor frowned upon. And after all, the spirit of the Olympics is about joining together as much as it is against competing against one another — so we're all in this together, right?

More like this
How To See The Lunar Eclipse On May 15-16, 2022
By Kaitlyn Wylde
How To Fight For Reproductive Rights, Based On How Much Time You Have
By Courtney Young
TikTok Is Using A ‘Love Island’ Sound To Expose Their Weird Crushes
By Courtney Young
Are Gemini & Capricorn Compatible In A Relationship?
By Kristine Fellizar
Get Even More From Bustle — Sign Up For The Newsletter