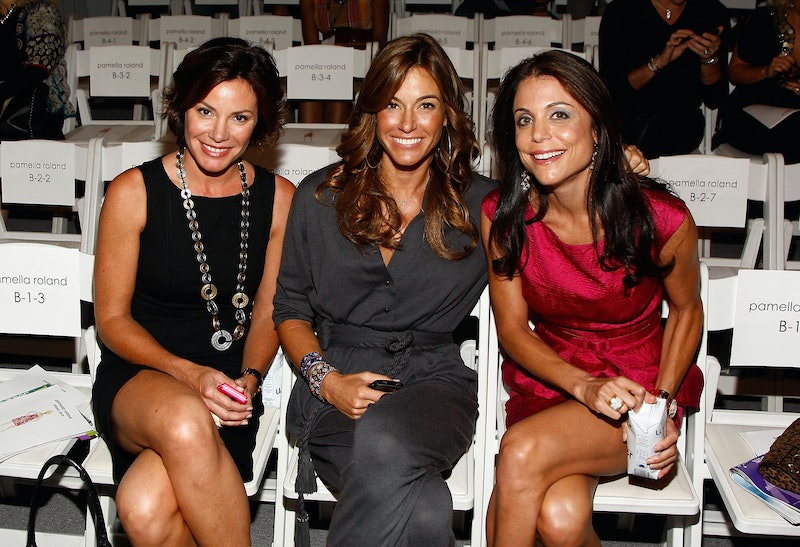 The drama surrounding Real Housewives never stops. On Monday, Page Six claimed that Bethenny Frankel threw a drink at a Coldplay concert held in The Hamptons, which benefitted the Wounded Warriors Project. The publication claimed the Real Housewives of New York City star got mad when a group of women blocked her view, so she then ordered a drink and threw it at them. Not only is Frankel disputing the story, but so is one of her former RHONY co-stars. While chatting with Us Weekly about the Coldplay concert, Kelly Bensimon defended Frankel. She said,

"We were all having such a good time and Bethenny seemed to be in a great mood. We said hello at one point and she nicely said hello back. I was shocked to read the story because I didn't see any of this. It just makes me sad [that] so much drama was created and nobody is promoting the Wounded Warriors. That's why we were there, to support them."

Rather than pulling a Scary Island moment, Frankel appreciated Bensimon coming to her defense and tweeted her, "Ms @kellybensimon went out of her way to defend me today which was unnecesary &bkind. Press gives the 1/2 truth & nothing but the 1/2."

After the reports surfaced about Frankel's alleged drink throwing, she quickly took to Twitter to defend herself. In response to one Twitter user, she wrote, "The press never lets the truth get in the way of a good story." She also sarcastically tweeted someone else, "They forgot the part about when I killed a man with my bare hands."

A source elaborated on the situation and claimed to Us Weekly, "There were three very disruptive women in the front causing a scene." Apparently, once security approached them, it all escalated. "She did not throw a bottle or pour a bottle on anyone," the same source said. "She just splashed some water on them." The insider also claimed that some of the women were escorted out of the venue, but Frankel was not.

Another source also opened up to Page Six and gave a similar account as Us Weekly's source. "There were three women who were standing and blocking the view after being told multiple times by security to sit down, people were frustrated," the insider claimed. "It was a crush . . . and very hot. People were jockeying for a view. It looked like this woman, who vehemently refused to move, needed some cooling off . . . so Bethenny tossed some water on her."

Who knows what really happened, but at least Frankel and Bensimon can be in the same room without throwing drinks one another — or tearing each other down Scary Island-style.