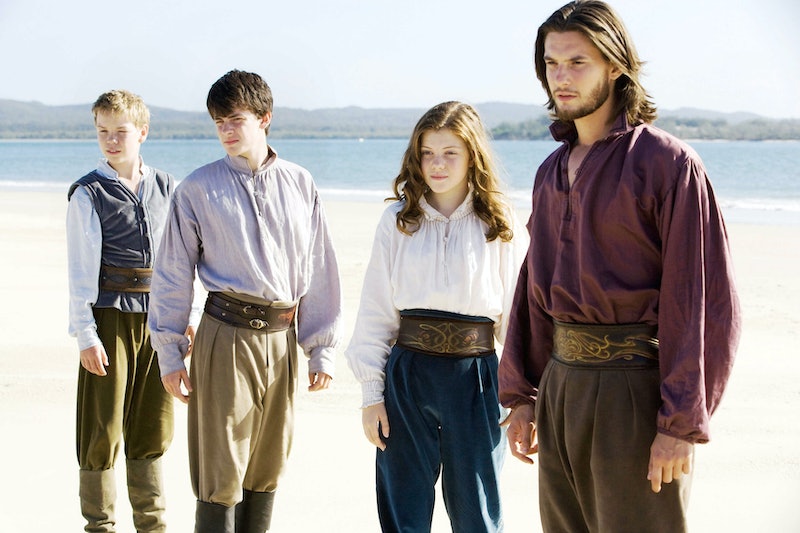 Open up your wardrobe, because the trips to Narnia are not over yet. With a number of the stories from C.S. Lewis' Chronicles Of Narnia series already adapted for the screen, TriStar Pictures is now ready to continue the series by bringing the second Narnia book, The Silver Chair , to the big-screen. However, with The Silver Chair centering around the story of Eustace Scrubb and Jill Pole saving King Caspian's son, this is where fans of the franchise's previous film adaptations may need to be concerned. As the continuation of the series could only mean that an entirely new reboot is on its way. And, with no one from the previous films officially attached, The Silver Chair could very well be recasting its Narnia cast.

Following the 2010 release of The Voyage Of The Dawn Treader, the roles of Prince Caspian, Eustace Scrubb, and Aslan (all characters who may appear in The Silver Chair) were already cast. With Ben Barnes playing Prince Caspian, Will Poulter playing Eustace Scrubb, and Liam Neeson as the voice of Aslan. The Silver Chair is a prequel for the characters in association with their appearances in Dawn Treader, though it has now been six years since they've headed up their characters, so you might think that there's a good chance you'll see them again. But, with the word "reboot" being associated with the franchise's new film announcement, that could well mean these original actors are no longer attached. And that goes for the likes of Georgie Henley, Skander Keynes, William Moseley, and Anna Popplewell as well.

In fact, TriStar has even described the new project as being a chance to, "tackle the continuing story with a fresh approach to capture a broad global audience.” While also going on to tell Deadline that this is an, "opportunity to bring new life to the Narnia films with a new creative team." And, as much as I hate to break it to you, the phrases "fresh approach" and "new creative team" oftentimes mean a new cast is on its way. Even if Will Poulter's career has grown tremendously since 2010.

But, of course, there could still be a little bit of hope. Because, while the creative team had lined up producers and finished their script, they're still in the beginning stages of the fourth film adaptation from Lewis' book series. TriStar Pictures, The Marc Gordon Company, The C.S. Lewis Company, and Entertainment One have yet to officially announce any specific casting news or even officially attach a director to the film. And, although the film's producers may be fast-tracking its production, there's still a long way to go until the latest Narnia adventure hits theaters. All we need is some reactions and buzz from the original cast members to see what may happen next.

However, if you're a fan of The Chronicles Of Narnia stories as a whole, a new cast still may not be enough to deter you from the excitement you may have about this new film. Liam Neeson voicing Aslan or not.