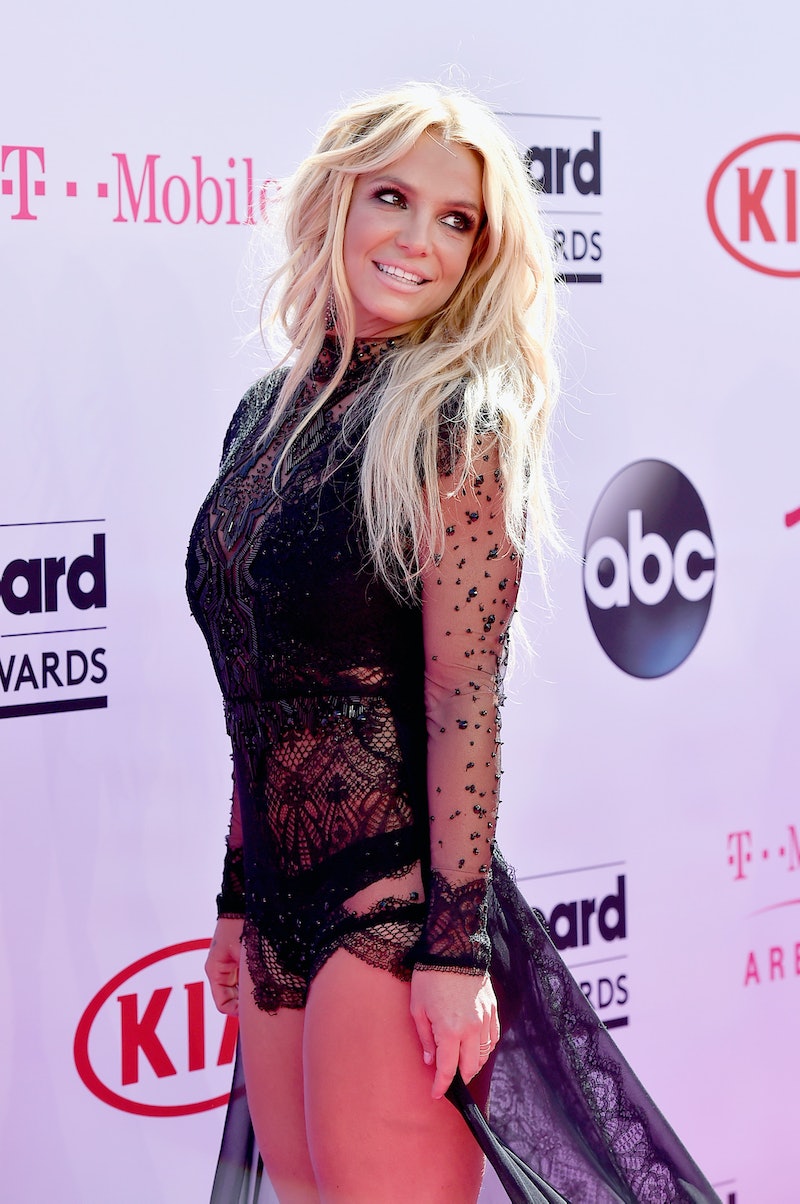 Thanks to new that new music video and that Billboard Music Awards performance and those new songs and that album release date and that perfume ad, it’s been a most exhilarating summer for Britney Stans, no? Well, sharpen your pencils, because we’ve got another thing to add to the list: On Monday, PopCrush announced that Britney Spears will drop a song titled “Clumsy” later this week. "Clumsy" will appear on Glory, Spears's to-be-released ninth album, alongside previously unveiled tracks "Make Me..." and "Private Show."

Shortly after the PopCrush exclusive hit the internet, the “I’m A Slave 4 U” pop icon took a break from diving off of catamarans in Hawaii (my goodness, Godney’s vacation Instagram game continues to be unparalleled) to confirm the song will be available for our listening pleasure in only a few days. Oh, but the deets don't stop there! Here's what else PopCrush had to say about "Clumsy":

Call me a fool, call me insane, but don't call me when I'm busy listening to "Clumsy" on repeat on Wednesday night.