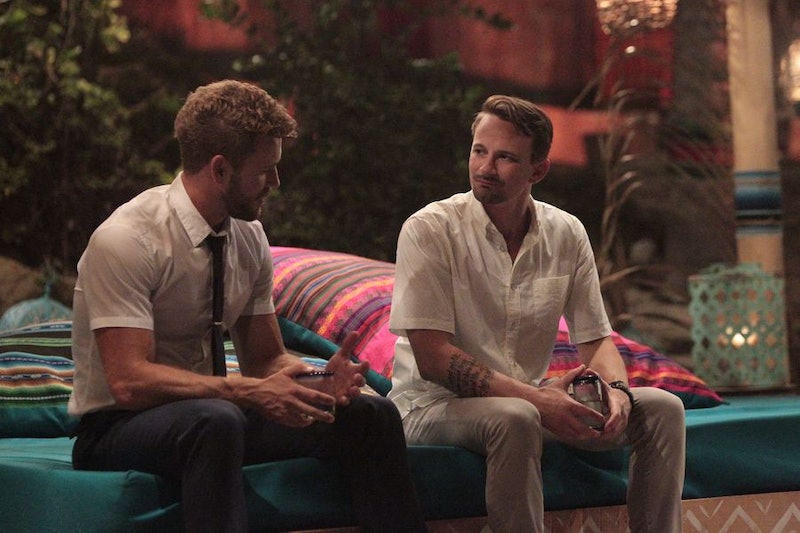 Evan was the semi-tragic hero of his season of The Bachelorette — he just didn’t gel with JoJo, and he certainly didn’t mesh well with the other guys on his season who were all basically over-macho Jimmy Neutron clones. What’s a sensitive guy like Evan to do? Go on Bachelor In Paradise, apparently. The only problem is that it seems like Evan isn’t going to find love in this Mexican resort. Is Evan single after Bachelor In Paradise ?

Truth be told, Evan’s Bachelor In Paradise saga is kind of dark. Evan was really into Carly, and he was overjoyed when she went on a one-on-one with him. Their date was to set a Guinness world record by eating a habanero pepper and kiss for at least 90 seconds, and Carly threw up after. Then, the next day, she dumped him. Carly has spent a lot of the time talking about how lame Evan is, and Evan has spent the viewings of the episodes live-tweeting his feelings about it all. He… may be mad? It’s hard to tell if he’s trolling or actually feeling all the feels about Carly’s comments. Either way, it’s also hard to tell if he’s single or not. Are you hiding something, Evan? Are you in a relationship and you’re just not telling us because you can’t because you’re still on the show?

See? It's mostly just Evan wallowing about his time on the show. In any case, Evan didn’t find love with Carly — so far, she’s called him feminine, gross, and spoke repeatedly about how unattractive she found him. Not exactly the start to a lasting relationship, eh? Evan will definitely find love once again, but I’m not sure that reality television is the right forum for him. Maybe let’s start with a dating app and work from there.