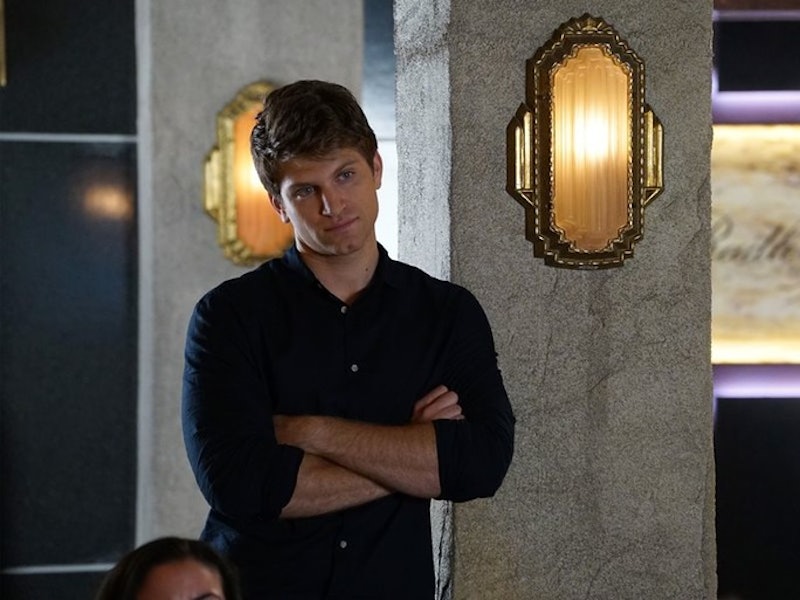 Poor Spencer. She really hasn't been having a very good season, and for once, it's not just because of Uber A. It's only been one week since she and Caleb ended things, and it now it looks like she may have just lost Toby as well. Yvonne's attack proved to be quite the wake up call for Office Cavanaugh, who decided to take Spencer's advice and get away from Rosewood... possibly for good. Evidently Yvonne has family in a small town in Maine, so they've decided to move and start their family there. Granted, we've watched characters come and go on this show all the time, but is it possible that Toby is leaving Pretty Little Liars for good?

As of now, actor Keegan Allen, who plays Toby on the show, has yet to say anything on social media that implies his departure is permanent. So until that time comes, I'm going to remain positive about the situation and choose to believe that he'll be back in some capacity as the season progresses. After all, I can't picture him completely abandoning Spencer in her time of need. He could just be trying to make sure Yvonne is in a safe place before making any trips back to visit. The attack on her really scared him and made him realize just how much he loves her (sorry Spoby fans), but once the initial shock wears off, he could decide to return and make sure everything is alright.

The idea that Spencer now has neither Caleb or Toby to rely on is heartbreaking, not because she needs a man in her life, but rather because these are two people who have become so important to her. So to lose them both in the span of one week is devastating. But I can't see Team Spoby ending like this. I can't accept that, not after everything they've been through. Mark my words, he'll be back at some point. You'll see.