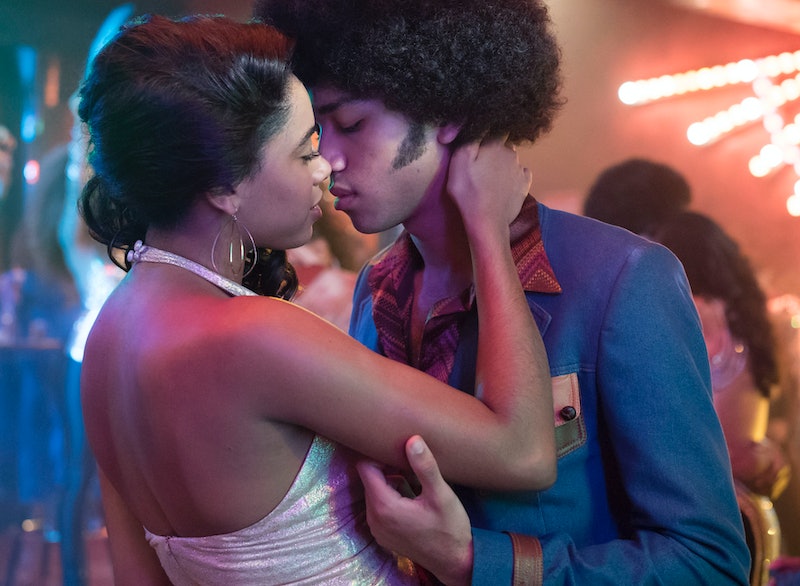 Australian filmmaker Baz Luhrmann knows how to build a world on screen. The director of Moulin Rouge!, William Shakespeare's Romeo + Juliet, The Great Gatsby, and other lavish, hyper-visual movies is taking his polarizing style to streaming television with an original musical drama series. The Get Down comes to Netflix on Aug. 12. A diverse ensemble (some actors in their first major role) will tell the story of the genesis of hip-hop in New York in the late '70s. Luhrmann told The Los Angeles Times that the seed of the series was planted ten years ago in Paris when he noticed a photo on a cafe wall by famed street photographer Jamel Shabazz and began imagining the lives of Shabazz's teenage subjects. The show was certainly inspired by the political, social, and creative realities of New York in that era, but is The Get Down based on a true story?

The group of characters at the core of The Get Down are all original creations set against a familiar backdrop. Justice Smith plays the young version of Ezekial “Zeke” Figuero, a poet and romantic; Daveed Diggs (lightning-fast rapper and a Tony winner for Hamilton) plays him all grown up, a successful hip-hop artist. Teenage Zeke is enamored with his friend Mylene Cruz (Herizen Guardiola), an aspiring disco singer limited in her dreams by her conservative parents; and shepherded into a blossoming culture by free-spirited graffiti artist, Shaolin Fantastic (Shameik Moore). Shaolin's mentor provides a historical touch point for The Get Down. Mamoudou Athie plays a youthful version of Grandmaster Flash, now 58 and revered as one of the founders of hip-hop.

Grandmaster Flash isn't just a character on the show. Baz Luhrmann hired the artist as a consultant to ensure creative accuracy. In fact, Vanity Fair reports that the showrunner built a team of experts to fortify The Get Down's authenticity, including Nelson George (who covered this cultural phenomenon as a journalist) and hip-hop trailblazers like DJ Kool Herc, Afrika Bambaataa, and Nas. Luhrmann told Vanity Fair that his plan was to facilitate the realization of this idea by handing it off to experts, “never thinking I should really make this, because I always thought, 'It's not my story.'"

Luhrmann intended to be "Uncle Baz" on this project, as he put it to Variety. But the producer and his wife and creative partner Catherine Martin ended up taking a much more hands-on role than they had intended. He cited the unique nature of The Get Down as the reason for their direct oversight. "At every step of the way there was no precedent for what we were doing," Luhrmann said. "The standard process really didn’t work, so progressively, I was drawn more and more into the center of it.” Still, collaboration remained key.

To get specific about it, The Get Down could qualify as a piece of historical fiction. Most of the characters, relationships, and journeys depicted on the show are completely imagined, but The Get Down does incorporate actual events that occurred in New York in the '70s. The Washington Post lists a few that you'll see in the series, including the infamous 1977 blackout and a rash of fires in the South Bronx.

Baz Luhrmann's The Get Down tells an original story but seeks to tell the truth about a chaotic era that bred iconic art forms.