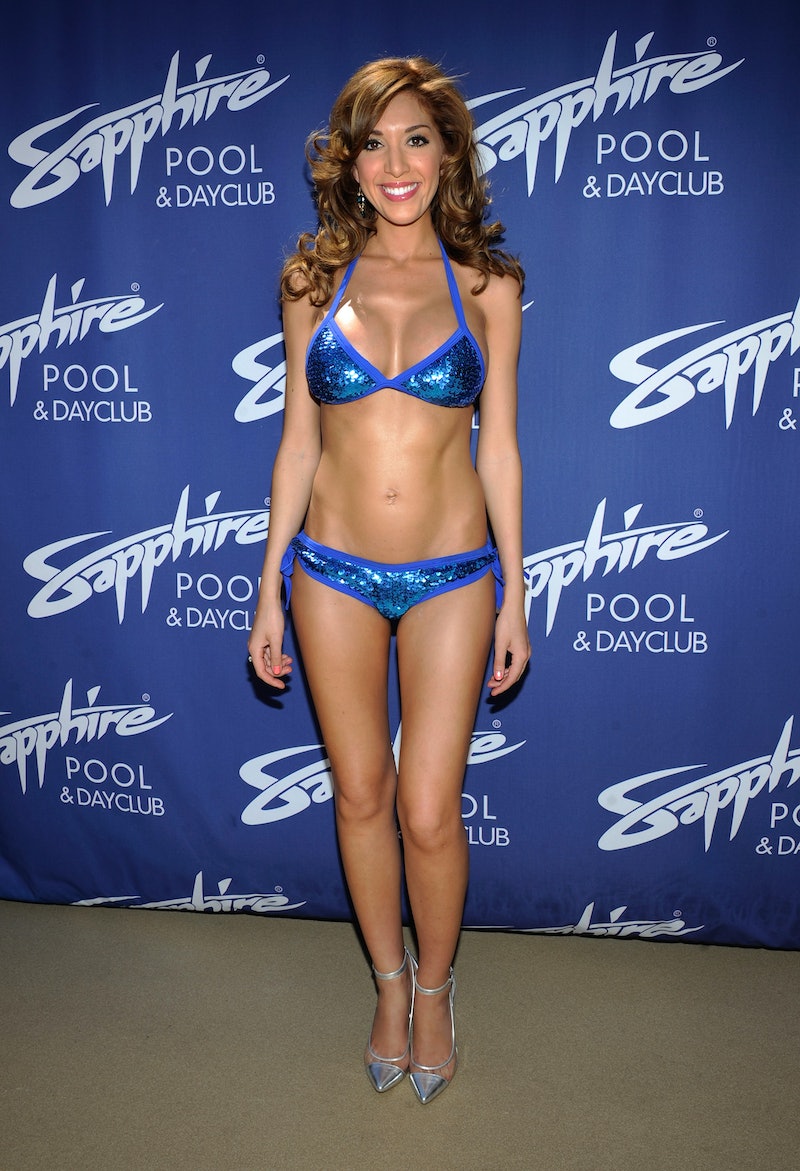 There was this funny moment recently when Teen Mom Farrah Abraham thought that fake boobs and D-list celebrity status did a Playboy bunny make. But sadly, the few people who actually want to see her naked have probably already done so, and Playboy has turned down Farrah Abraham's offer to model for them. Twice.

So now we're left with a monumental problem: if not in Playboy, where on earth are we going to go to see Farrah's boobs? What will they be doing when they're not forcing the entire world to look at them? I've got a theory they'll end up in other places. Interesting places. Places Farrah's boobs never took us before.

Here are some potential spots to keep an eye on for the Farrah Abraham unofficial post-Playboy rejection Boob Tour, 2013.

1) In the Google Doodle for International Women's Day

Wouldn't Farrah's boobs be perfect for the "O"s in Google? I mean, c'mon, those knockers are all about women's struggle for equality. It's Farrah! She's a backdoor teen mom, she's harassed Tan Mom in rehab, and she's not above applying twice to be in Playboy. She gets us.

We've all seen these. There you are, innocently trying to stream So You Think You Can Dance in peace and boom! You have three pop-out ads of naked women doing terrifying things, and hidden somewhere on your browser is a live feed that is making very embarrassing noises while you blush hideously and shut down everything you can click on because it's mildly frowned upon to watch porn in Starbucks. But little do you know, you've just got an intimate glimpse into the future of Farrah's boobs. This is exactly what Farrah is hoping for, a world-boob domination, one unwilling viewer at a time. So get into it.

3) At a strip-club somewhere along Hollywood Boulevard

You're just pulling a Rihanna and making it rain on the girls in the strip club, and when you pull your eyes up from boobs so large and fake you wonder if they exert a gravitational pull, whoa, there's Farrah working it listlessly on the pole while a very sad looking old man waves Washingtons at her. I can almost smell the cheap beer and misery from here.