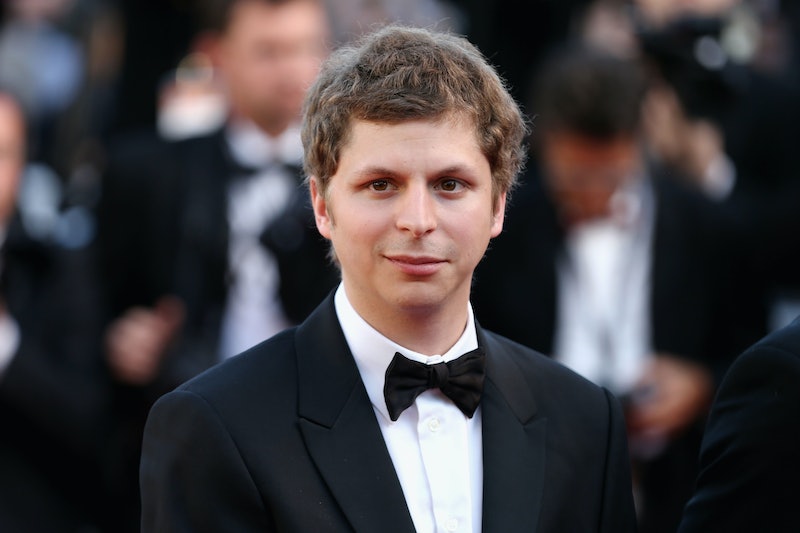 Seth Rogen and Evan Goldberg's latest venture is the jaw-droppingly inappropriate Sausage Party, an animated film about food who finds out the horrifying truth about what happens when they get taken home from the grocery store. And while most films that have come out of the duo's canon — Superbad, Pineapple Express, Neighbors, The Interview — are purposed for pure, unadulterated laughs, Sausage Party offers something surprisingly different.

The film centers around different food who believe there is an afterlife. But when they find out the startling truth — going home means getting eaten, and you know, dying — their faith is shattered. While some want to hold on to the illusion of reaching "the great beyond," as they call it, others face their morbid fate with realism. One of the film's voice talent, Michael Cera, spoke to the film's unexpected deeper messages. "The story has this built-in afterlife component to it," the 28-year-old actor says. "The movie has a very wholesome message, but I don't think its priority is to tout any kind of theology, that's something they sort of had to reconcile with. And also this clashing culture stories, which is a bi-product of doing a story about different food groups from different countries."

The clashing cultures story comes in the form a feuding bagel and falafel-looking food (though no one knows exactly what he is). Can these foods, as silly as it sounds, look past their cultural differences for the sake of the greater food population? "I think the film dealt with all those things in an appropriate ways, but the priority of the movie is to tell a story and get some good laughs in. The basic story of food rising up from underneath is oppression is a wholesome story," Cera says, who started doing voice work for the film more than two and a half years ago.

R-rated and wholesome don't usually go hand-in-hand, but Rogen and Cera both have an appreciation for the stories of Pixar, which as Cera says, are "always so moving," and "set such a high bar" for Sausage Party. Cera would love to see more R-rated animated features, but realizes making more isn't up to him, or even creators Rogen and Goldberg. "It probably has a lot to do with whether the movie makes money or not. If it does then [R-rated animated films] will be a somewhat confirmed model," he says. "Hopefully it will be a success and that will open the door a little bit."

And of course, when discussing a film about personified foods, I have to know: If Cera was a food, what would he be? "Probably a small yellow cherry tomato," he says without missing a beat. "They are sometimes sweet, and sometimes they are very flat and flavorless."

You can catch Cera as a deformed sausage when Sausage Party hits theaters August 12.