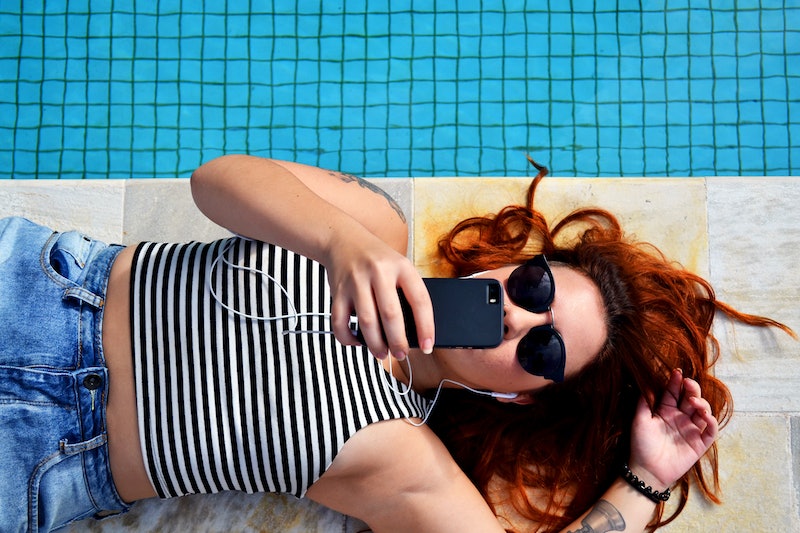 Facebook has always been a vortex of procrastination from which users surface, blinking, with a vague feeling of inferiority, but with the advent of Facebook Messenger bots earlier this year, it's probably time to kiss your productivity goodbye for good. Well, if you're aware they exist — it's no secret that developers tend to be far more fond of bots than the people who use them. When they were initially released, some users complained that bots were slow to respond, and the exchanges tended to be stilted, in part because bots required a fair amount of clarifying from users. But as developers continue tinkering with the system, the number of companies using bots has grown, and some of them are actually useful.

For people like myself who can barely navigate Facebook as it is, here's a quick primer on Messenger bots: This spring, Facebook announced the launch of chat bots — AI-powered software intended to simulate a conversation with users. They're primarily aimed at businesses, who can use bots to interact with customers over Messenger. As you'll see below, you can use bots to book flights, buy flowers, and even contact White House staff.

Facebook hasn't released any numbers on bot usage, but it's safe to say they haven't exactly taken off through word of mouth yet. That being said, some bots have turned out to be surprisingly handy or downright fun — here are seven to keep in mind next time you're wasting time at work.

If you've ever wanted to talk to President Obama, this might be as close as you're going to get. The White House recently announced the launch of its very own Messenger bot allowing you to send messages to the Obama administration over the same medium you use to spam your best friend with memes. There's even a(n astronomically small) chance the President might read your message; part of his daily routine includes reading 10 letters from citizens every night, and Facebook messages totally count.

If your houseplants are barely clinging to life with how often you forget to water them, this bot is meant for you. Much like its namesake, Hello, Jarvis is an AI personal assistant. Unfortunately, it can't help you pilot an Iron Man suit, but it can set up reminders whenever you need them. Since it's through Messenger, the reminders go straight to your phone, which you presumably have on hand at all times.

WTF Is That is the ultimate time waster: Just send the bot an image of something you want identified, and it comes back a few minutes later with an answer. (Whether it's the right answer is another matter entirely.)

Kayak's Messenger bot is among the most ambitious; it allows users to find flights and hotels through Facebook messages with their bot rather than slogging through all the options themselves. Simply tell the bot when and where you're planning on traveling, and it gets back to you with a few options. It has some issues with more complex questions, but the bot is perfect for simple needs.

It's never been so easy to fall into a Wikipedia spiral as it is with the Facebook bot Alex WikiMessenger. Tell the bot what you're looking for, and it pulls up links to several Wikipedia articles.

Where's premise is simple: The bot quickly searches the Internet for restaurant recommendations based on your location and the type of food you're looking for. Admittedly, it's not the most original idea, but the bot responds fairly quickly and in depth.

Why look outside when you can text Poncho the Weather Cat? After you message the bot with your location (or the location for which you're looking up weather), Poncho returns with a weather forecast. You can even set the bot up to automatically send you weather forecasts in the morning, so you'll wake up with a text from a cartoon kitty and be prepared for the rest of your day. What's not to love?