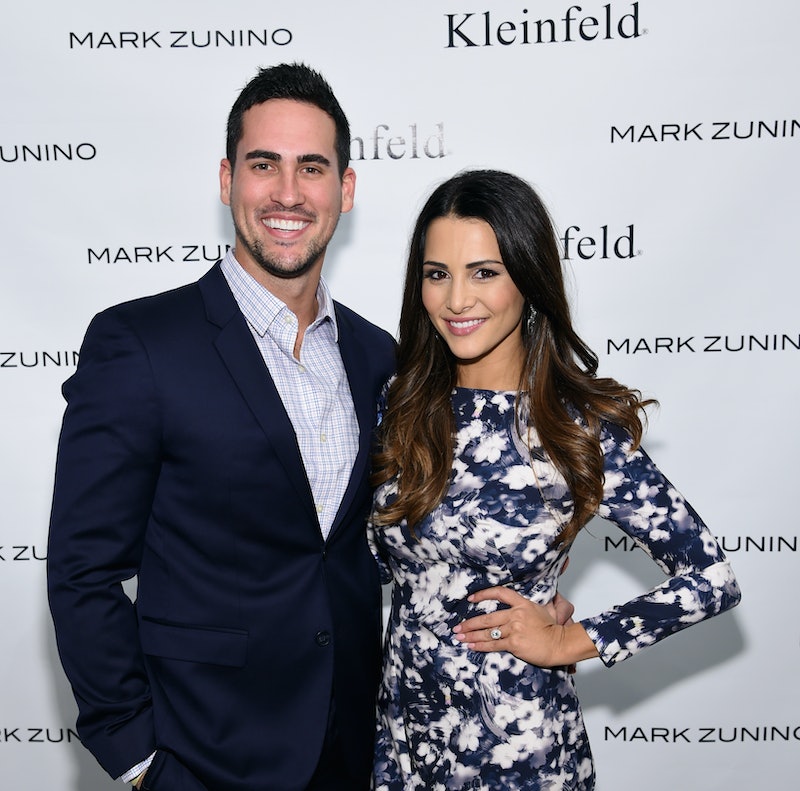 If you haven't picked a favorite Bachelor in Paradise contestant yet, may I make a suggestion? She isn't even on the show, but Andi Dorfman's tweet responding to Josh Murray's claims on BIP is causing me to make an exception. As I'm sure all fans of the franchise are aware, Andi was the star of The Bachelorette's Season 18, and Josh was the man she chose to get engaged to at the end. But, as you might imagine from the fact that he's on BIP right now, things didn't work out between the pair, and Andi later wrote about their relationship in her book, It's Not Okay: Turning Heartbreak Into Happily Never After, which came out in May 2016.

Once again, as you might expect, following a failed engagement, Andi didn't have the most flattering things to say about Josh. She claimed he slung a choice slur her way after he found out she had sex with Nick Viall in the Fantasy Suite.

That one sexual escapade would become a power play used by my fiancé to justify his mistrust in me. It would be an excuse to call me a whore. And it would eventually lead to the demise of my engagement.

At the time, Josh released an official statement to Us Weekly saying in May 2016, "It saddens me and is very unfortunate that Andi has chosen to characterize me in such a negative way. I pray she finds peace." And, when Josh turned up on the Bachelor In Paradise beach, the woman he asked on his first date, Amanda Stanton, had a few questions about what was written about Josh in It's Not Okay. His new response to his Andi's claims was as follows,

"She had some not-so-kind things to say, and it's very unfortunate that she would depict me in such a false way. It's like, how am I supposed to comment on these excerpts that people are sending me to a fictional story, something that's just not true at all. It's definitely frustrating ... You have to be a bigger person no matter what kind of lies or egregious things are said about you; you have to try to take the high road."

It's definitely a murky situation, since the only people with firsthand experience of the events leading up to their breakup have such different versions of the story. (However, it is interesting to note that, in the Aug. 9 episode of BIP, Nick claimed that the stuff about him is accurate.) Josh stuck to his guns, however, saying in his talking-head interview, "I can't comment on specific things in any kind of book that my ex has written, because it's a fictional story. There's stuff that's so ludicrous; how do you comment on something like that?"

You might have thought that that statement would be the end of it, but, if you did, then you don't know Andi Dorfman. Not content to let her ex have the final word, the former Bachelorette took to Twitter to fire back at Josh's dismissal of her depiction of their relationship in It's Not Okay:

Ooooh, shade. One thing I do appreciate about this response is that Andi isn't getting upset at Josh's denials, or calling him out on anything new; she's simply standing by her story, and doing so in a funny, cutting way perfectly in line with the show's tone. Whether or not the allegations either of them have made are true, Andi's response to Josh makes me confident that these two can more than hold their own against each other, and has me eagerly anticipating any exchanges to come. Because, as we all know, it's impossible to be a fan of the Bachelor if you don't love the drama.