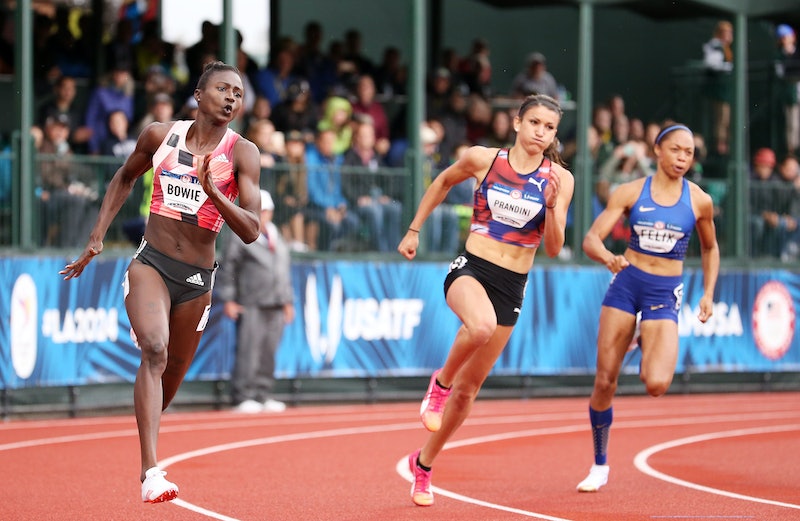 In a shocking upset today that had fans cheering and competitors picking their jaws up off the floor, Team USA nabbed yet another gold medal — this time for the women's 100,000-meter run, courtesy of track and field competitor Jim's Wife. Many are calling Jim's Wife's win the "Cinderella story" of the Rio Games; after competing at three previous Games without a single win, Jim's Wife — who athletic experts agree "looks pretty good for her age" — has achieved a startling come-from-behind victory, overtaking early favorites for the gold like Japan's Lady Who Just Had a Baby and Brazil's own Luiz's On-and-Off Girlfriend. In her heart-stopping win, Jim's Wife not only earned herself a gold medal, but broke the previous 10,000-meter record set in 2008 by Uzbekistan's Woman Who Never Goes on Dates Even Though Her Mom Knows Lots of Great Guys Who Would Love to Meet Her.

As she flew across the finish line this afternoon, one question was on everyone's lips — who is Jim? And how did he get his wife to run so fast? Early reports show glimpses of the pair's unorthodox training style, which involved Jim not preventing his wife from sticking to a grueling daily training program in their hometown of Omaha, Nebraska — and in fact even encouraging her to work with a coach who wasn't him. Jim, a licensed accountant who operates his own tax preparation firm, sacrificed endlessly on the road to Rio: cleaning the couple's condo all by himself, attending social gatherings on his own, and even heroically agreeing to DVR the most recent season of Game of Thrones for his wife to watch when she was finally finished with her jogging thingie. Jim appeared moved when his wife stepped on to the Olympic podium, even though it clearly meant that she would not be able to cook him dinner tonight.

What will come next? The standard endorsement deals and high-profile training gigs seem inevitable for Jim; and our expert analysts believe that now that she's gotten this whole "record-shattering Olympic win" thing out of her system, Jim's Wife should focus on finally trying to pop out a baby, as she's not getting any younger, and Jim is a great catch. I mean, who wouldn't want to lock down that kind of stability?

We reached out to Jim's Wife for comment on whether she regrets that her mind-blowing commitment to her sport has left her with extremely muscular calves, but she pretended to not be able to hear us as she joyfully sprayed her fellow medal-winners with a bottle of champagne. We will update this post when more information on her calves becomes available.

Editor's Note: This piece is satire. There is obviously no such thing as a 100,000-meter race.