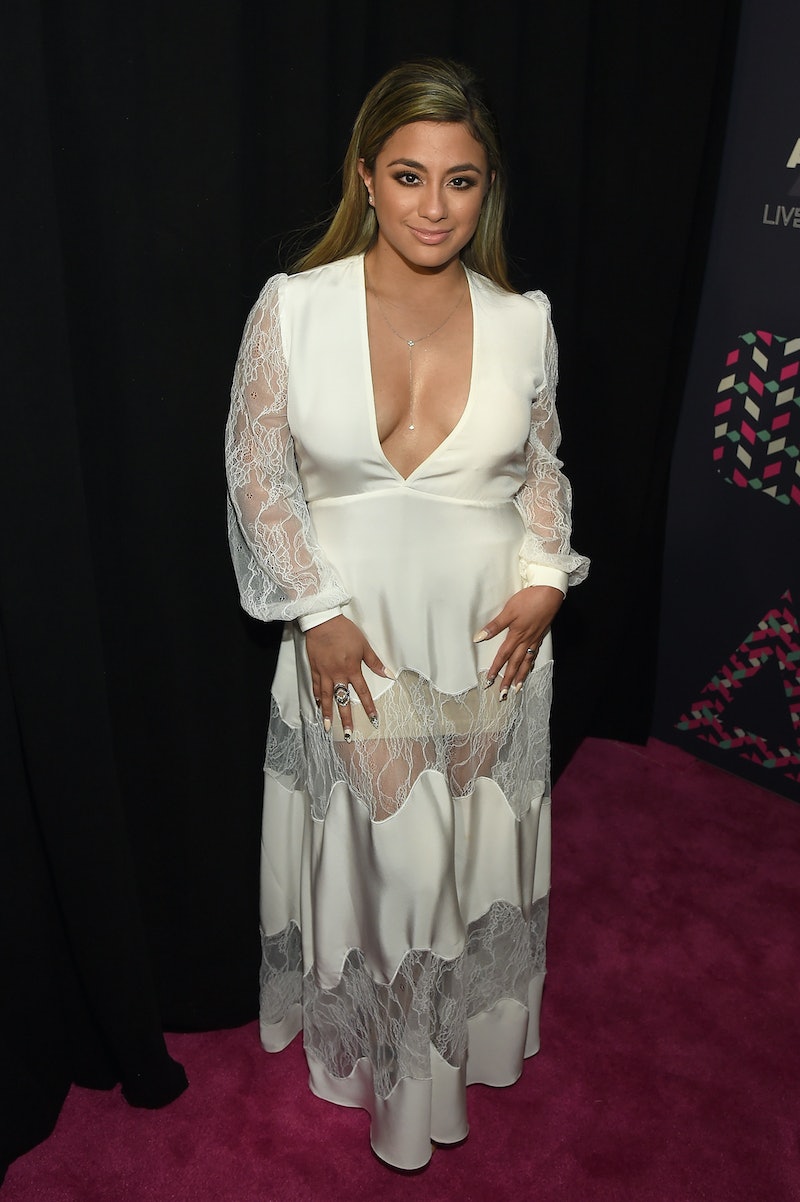 It’s been a banner year for pop quintet Fifth Harmony. The X Factor alumni dropped one of the best music videos of 2016, released a phenomenal album, taught John Cena how to booty pop, reached No. 1 on the Billboard Top 40, embarked on their 7/27 Tour, nabbed a VMA nomination, and lent one of their tracks to The Final Five. Let’s circle back to the terrific album that is 7/27, cool? The “Work From Home” singers’ followup to their debut album Reflection really has it all: it’s fun, their voices sound great, there’s no shortage of catchy hooks, it’s danceable, and the girl power is ubiquitous. In a recent interview with Fifth Harmony's Ally Brooke Hernandez, the singer tells Bustle about the group’s ethos, promoting female empowerment, and what it’s like to hear your song play during iconic sports moments.

When asked about the themes ingrained in 5H’s lyrics, Hernandez says that she’s “really proud” of their music. “I think we’ve covered a lot of ground when it comes to female empowerment – heartbreak, coming together over heartbreak, feeling confident, and believing in yourself,” she says. “I think we always just want to continue to be true to those messages.”

Those messages pulse through the veins of “That’s My Girl,” the first track on 5H’s acclaimed sophomore album, 7/27. With lyrics like “You've been down before/You've been hurt before/You got up before/You'll be good to go, good to go and “That’s my girl/That’s my girl/That’s my girl/Get up, what you waiting for?” it's about as girl power-y as you can get. So when the song was included in a promo for the U.S. women's gymnastics team — another group of five strong and talented female powerhouses — it almost seemed too perfect to be real. But luckily for all of us, the video is so real. So real, and so awesome.

Hernandez added that it is "really such an honor" that their song was picked for the video.

Hernandez also mentions the single off of 2015’s Reflection that not only popped up in that omnipresent Hershey’s commercial, but also played a role in one of the biggest sporting events of last summer.

“And last year when 'Worth It' played during the Women’s World Cup awards ceremony,” Hernandez continues, “for us that’s just SO exciting and such a crazy surreal point for us in our career where our music has integrated with such powerful cultural moments.”

“Feminism to me means women empowering other women – I know a lot of women are pit against each other, especially in the entertainment industry,” Hernandez adds. “So to me, it means unity amongst women and everybody coming together and encouraging each other no matter what they are doing – music, acting, or whatever their passion is – and bring that girl power together to raise all women up.”

I’ll put my five high to that.