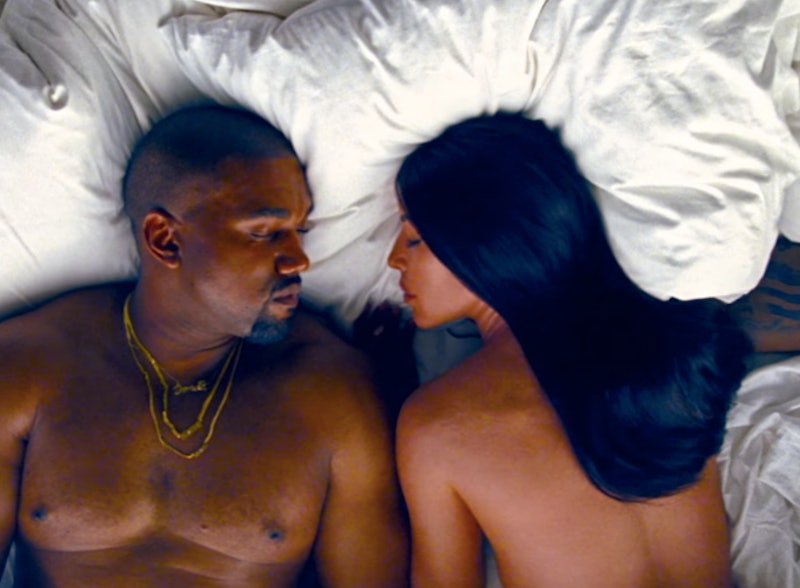 Kanye West's "Famous" music video has been a talking point since it premiered, and the conversation's not even close to stopping. Now, the iconic filmmaker Werner Herzog has joined in, analyzing the video in an exclusive interview with The Daily Beast. While much of the social commentary regarding West's latest video has focused on the controversial aspects of the film, Herzog appears to be delighted by the narrative hidden within "Famous," which features lifelike wax versions of celebrities including Donald Trump and Taylor Swift, obviously. And Werner Herzog's commentary on Kanye West's "Famous" is as insightful and hilarious as you'd expect.

This comes so soon after Werner Herzog's legendary interview with The Verge regarding Pokemon Go. His comments on the game went viral, and led to the general public wishing the film director would provide social commentary on the rest of current pop culture. Luckily, those dreams have been answered with Herzog's exclusive analysis of "Famous" for The Daily Beast. Listening to the director's commentary will make you see the music video in a whole new light, and, if you previously thought "Famous" was merely voyeurism, and maybe even a bit offensive to Taylor Swift, he'll make you think again. "Famous" will never be the same again. From the outset, the German screenwriter is in awe of the music video, and finds a lot to love about it; he ends up having the complete opposite reaction of Lena Dunham. Herzog starts off by exclaiming, "I have never seen anything like this," feedback which is sure to please Kanye West. While his analysis begins with the obvious ("Are these people for real? Are they doppelgängers?"), he soon asks what the story behind all of these celebrities sleeping in the same bed might be. He cuts right through the bizarre image of the world's craziest sleepover, and wants to know the motives of each of these characters. This is something that didn't even cross my mind before, but Herzog is right — what brought each of these celebrities to this bed is such an important point, and will have you imagining potential scenarios in your head. Like, did Donald Trump meet Taylor Swift in a bar and get talking about what the year 1989 was like? Is Anna Wintour besties with all of the Kardashians now?

When I watched "Famous" for the first time, I was so focused on the shock factor of seeing nude wax models of the world's most famous celebrities, I forgot to ask what the narrative might be. When Herzog asks, "What are they doing? How have they partied? What brought them together?" the director's brain takes us to a place you probably haven't been before. By asking "How have they partied?" in particular, he forces us to question what events led to this unusual situation. For instance, was everyone chilling at Kris Jenner's house when things got a little out of hand? Or is this just a regular night in the West household? Whether you loved or hated the video first time around, Herzog's commentary demands that you return to it, and start thinking outside of the box.

Hopefully, there will be many more Herzog commentaries to come, analyzing everything from Taylor Swift's love life, to the latest superhero sequel.