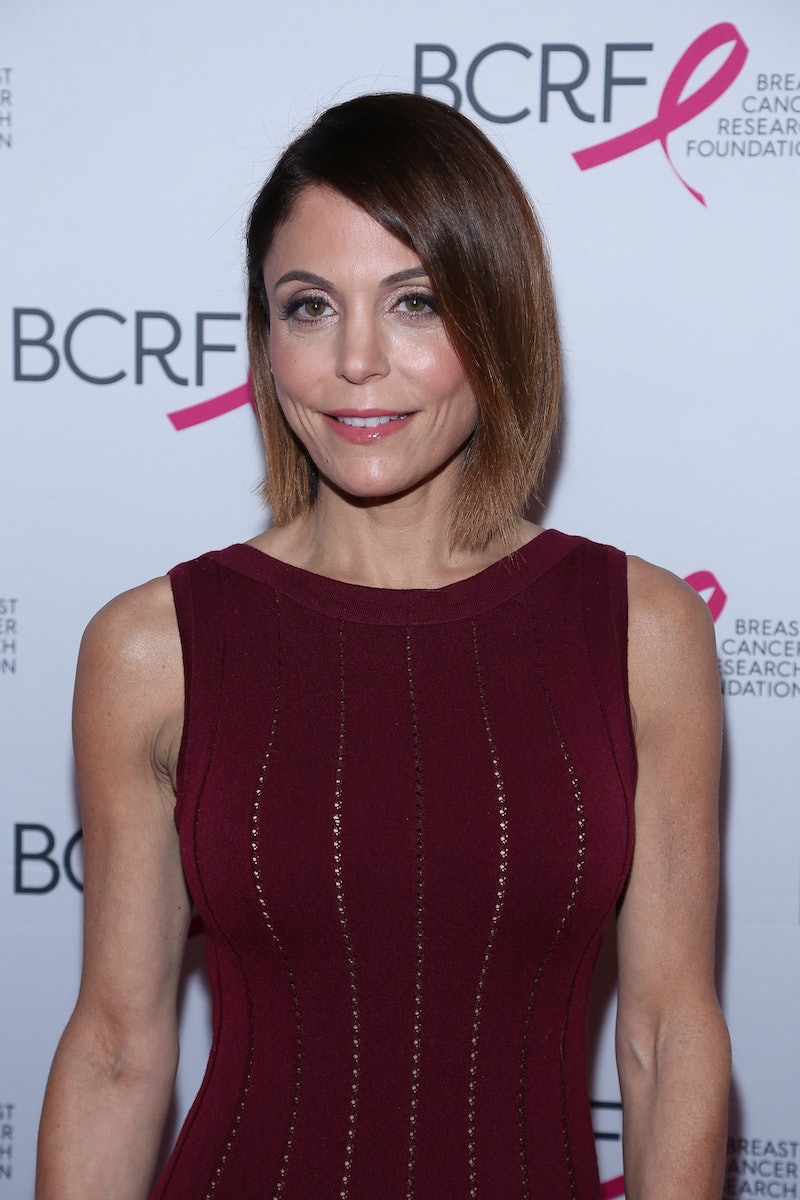 Since debuting on their respective seasons of Real Housewives, there's no doubt the Housewives have transformed drastically. So when the Bravo stars share throwback photos of themselves from way back in the day, it can almost be a shock to see how they looked before becoming famous. The same can be said for one Real Housewives of New York City star. On Thursday, Bethenny Frankel shared a throwback photo that will make all of her biggest fans do a double take. She's almost unrecognizable in it, but the picture is pretty epic, if I do say so myself.

The following throwback Thursday picture is from Frankel's college days. Alongside it, she wrote, "Oh hey college dorm. Thx Alyssa Silverstein for this." (By the way, that does not read Alicia Silverstone, like from Clueless. I thought it totally did myself.)

As you can see, she is rocking voluminous, curly hair — and does it well. To this day, she continues to have fantastic hair, even if she is "copying" LuAnn de Lesseps' hairstyle (right...). As for her outfit, the baggy shirt, which is tucked into her jeans, is totally on point. Speaking of her jeans, it's hard to tell, but I really hope they're acid washed. If this is indeed her dorm room (she could be hanging out in someone else's), based on the shelf full of clothes, it sure looks like the Skinnygirl mogul once owned a lot of baggy shirts. Of course, her current closet is also filled with the best pieces.

Yeah, this definitely isn't the Frankel RHONY fans know. However, there is one telling detail of the photo showing how the Bravolebrity hasn't changed that much since college. If you take a look at her dresser, there appears to be a glass of wine in a plastic cup. It could very well be some other type of beverage, but I'm choosing to believe it's wine. I guess you could say her aspirations for selling her own alcohol started way back then, huh?

The fact that the 45-year-old author isn't ashamed to share an old photo of herself also proves that she embraces who she once was. I mean, why wouldn't she want to show off that flawless hair?