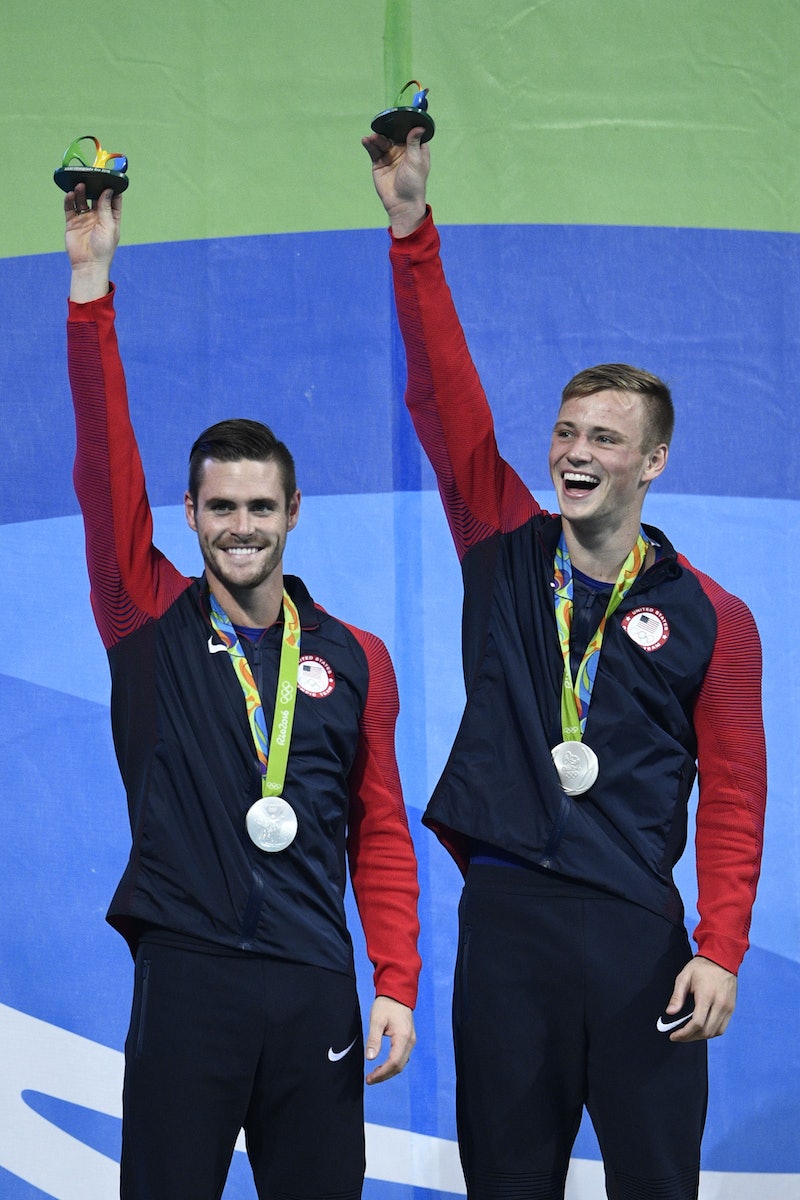 Steele Johnson and David Boudia have a lot in common: They're both Olympic medal-winning divers for Team USA, and they're both in Rio. So, it's worth wondering: Are Steele Johnson and David Boudia friends in real life? Saying this makes me feel like I'm telling you unicorns might exist, because when else have you wanted something to be true so much?

According to the Team USA website: "Boudia and Johnson have a special bond as partners. Boudia used to drive the then 10-year old Johnson to practice, and they now train together at Purdue University, Boudia’s alma mater and Johnson’s current school. The two of them say there’s a brotherhood between them, rather than a match based solely on diving." And maybe you're skeptical at this point, right? Is this really true? I mean, we can't know for sure without building a time machine to check.

Well, alright, cynic, let me show you exhibit B:

Are you getting a little sentimental and tearing up at this? No? Still no dice? Alright, one, you're difficult to please, and two, let's hit up some Instagram. So, the first thing I see is the following:

Scroll a little further down and find this:

They aren't training or diving or collecting medals: It's their time off. And normally in your time off, if you work a lot, it can feel like kind of a relief to swerve your colleagues — not because you dislike them, just because you spend so much time with them that you might want a break. Obviously, there is one key exception to this rule: When you're really, really good friends with one of your colleagues and so even after working insane, 60-hour weeks together, it still feels more fun to hang with them than with anyone else. I'm pretty sure that's what's happening here.

So read the evidence and weep, cynics. Get a little teary because the thing you secretly hoped for is true: Johnson and Boudia are friends.