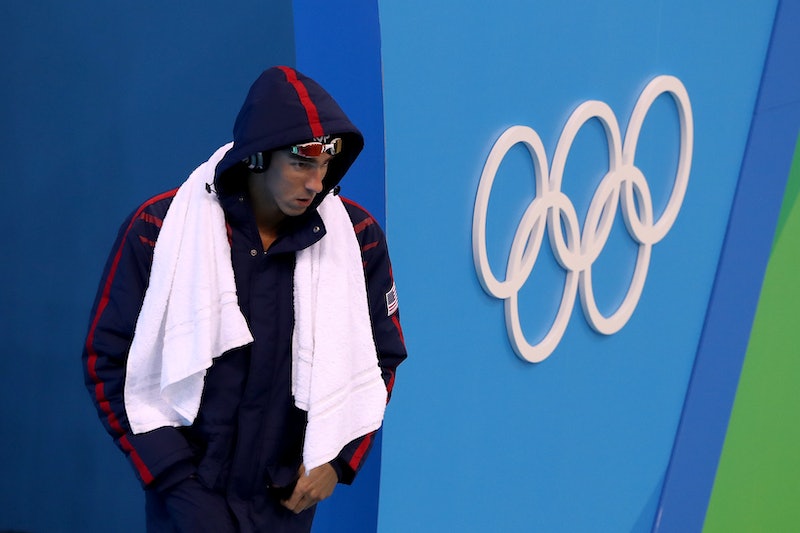 If I asked you who in the world had the biggest fans, you’d probably name off some of the world’s biggest pop stars. Justin Bieber, maybe. One Direction, for sure. Heck, even the Big Brother fans are pretty fanatical about their favorite show. But, if your answer focused on purely pop culture, there is one thing you’d probably be forgetting: The Olympics have some of the biggest fans in the world. And, this week, a fan went ahead and got Michael Phelps’ face tattooed on his arm — and surprisingly, it's not even the most dedicated thing Phelps fans have done to show their love for this record-breaking Olympian.

First of all, the tattoo is not just of Phelps' face, but of the face, the one the 31-year-old was making as Chad le Clos, his competitor, shadow boxed in front of where he was sitting. In other words: the face that launched a thousand memes, some of which have been circulated more widely on the internet than some of the biggest Olympic competition moments. Yet, believe it or not, that’s actually not the only crazy thing a Phelps fan has done in an effort to show their adoration.

Like this super fan, who got so excited while watching Phelps race to Olympic glory that he couldn’t even stay in his seat. I know people get excited over celebrities and sporting events, but never in my life have I seen someone get so worked up over swimming. It must be something about Phelps, I guess. He totally brings out the fandom in everybody.

Speaking of which, another super fan of Phelps (and the Olympics in general) has been making his way around Rio, taking pictures of every Olympian he comes across. But this fan has his eyes set on Phelps big time. In every picture he’s taken with other athletes, he makes mention of coming for Phelps. He even scored a picture with Phelps’ mother and declared himself “one step closer to meeting” the Olympian.

Meeting Phelps’ mom definitely comes in at a close second to meeting the man himself, but there is one super fan who has gotten even closer to the Olympian. And that, of course, is Phelps’ biggest fan, his son, Boomer. The three-month old has been cheering his father on (OK, fine, more like snoozing his father on) in each of his races, including Sunday night when the swimmer won his 19th gold medal. Clad in a Michael Phelps shirt and American stars and stripes, this little guy definitely makes the cutest of all of Phelps’ fans.

Now let’s just see him prove his fandom with a full sleeve of his father’s face. Until then, he's just an amateur.