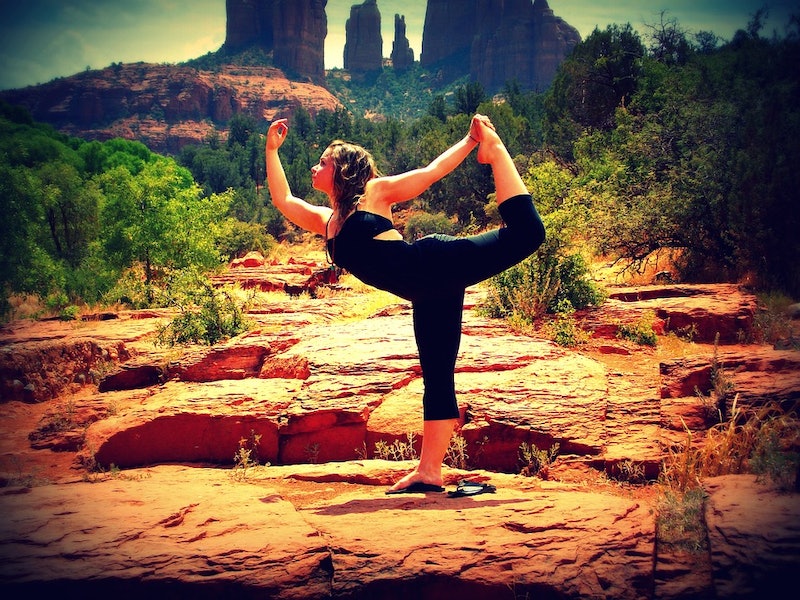 If you've ever wondered why people's post-running selfies annoy you so much, you finally have your reason. According to a new study, people who post about their fitness routine on Facebook are more likely to be narcissists. Or at least to display narcissistic personality traits. Which probably isn't what they wanted to convey when they posted all those gym selfies.

In the study conducted by researchers at Brunel University in London, researchers analyzed data from 555 Facebook users who also completed surveys designed to measure the "Big Five" personality traits (extroversion, neuroticism, openness, agreeableness, and conscientiousness) as well looking at self-esteem. Once they looked at the survey results alongside the participants' Facebook usage data, they noticed a few patterns: It turns out people who are insecure are more likely to post about their relationship; people who are more conscientious are more likely to post about their kids; and narcissists can't get enough of talking about diet and exercise. The first two you might have expected, but what is the deal with this fascination narcissists have with working out?

Well, it's worth noting that people who score high for narcissistic personality traits also tend to update their Facebook status a lot — far more than your average Facebook user — which also fits what we know about narcissists. But even accounting for this, a higher percentage of status updates from people who showed narcissistic tendencies were about diet and exercise. So what gives?

The key here is not that narcissists are super into being healthy, but rather that they are all about attention validation — which is why they post so much to begin with. Narcissists like to be recognized, and getting Facebook likes and comments provides the attention they need. And posts about diet and exercise — especially when framed in terms of accomplishments — are likely to get a lot of positive responses.

Of course, this doesn't necessarily mean the person's Facebook friends are really impressed. Psychology professor Dr. Tara Marshall from Brunel University explained, "Although our results suggest that narcissists' bragging pays off because they receive more likes and comments to their status updates, it could be that their Facebook friends politely offer support while secretly disliking such egotistical displays." But for someone who innately seeks attention and validation, it might not really matter whether those "likes" are genuine — you get the same sense of satisfaction regardless.

While there's nothing innately bad about posting about your exercise routine — and nothing inherently wrong with scoring high on narcissistic personality traits — in a world where so much of our perception, attitude, and emotional state is influenced by social media, it's worth remembering that your friends also have their own reasons for posting the things they do. They aren't sharing a fair and balanced record of their lives so much as posting about the things that they want to, whether it's because they want to get attention or need reassurance or just genuinely think everyone else is as interested in scrolling through pictures of their baby as they themselves are.

It's a freeing thing to keep in mind — especially when that Donald Trump gym selfie inevitably lands.