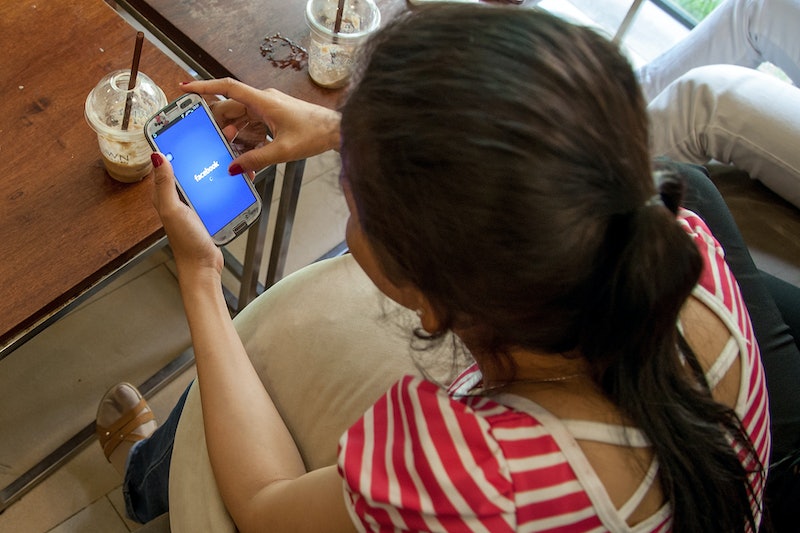 The next time one of your Facebook friends starts posting obnoxiously about how great their relationship is, you can have the last laugh. It turns out that people on Facebook who boast about their relationships are more insecure in those relationships, according to science. Science: helping you deal with annoying people in your life, one study at a time.

According to research published in the journal Personality and Social Psychology Bulletin which examined relationship visibility, people often want to make their relationship more visible when they "felt more insecure about their partner's feelings."

The study asked participants to keep a journal for two weeks, writing down how they felt about their relationship with their significant other every day. The researchers also monitored the participants' Facebook usage over that time period, especially any interactions with their romantic partner, or posts about that partner. They found that the number of posts and interactions went up on days when the participants felt down about the relationship.

So why is this? Well, given that human beings are hard-wired to be social creatures, increasing a relationship's visibility might be a way to make people feel more confident in the relationship — after all, if all these people see it, it must be real, right? Or maybe getting your significant other to publicly interact with you via social media is just reassuring on those days where you feel uncertain of their feelings. Or any number of other factors; like I said, humans are hard-wired to be social, often resulting in things that don't make full logical sense.

After all, how else does one explain the Facebook and Youtube fire challenges? Yeah...The only teen who should ever be on fire is Katniss Everdeen, guys.

So does this actually mean that...dare I say it...Facebook is good for your relationship? Like, you feel insecure, and posting stuff to Facebook makes you feel better? Hey, crazier things have happened.

One thing definitely is clear, however: we are living in the age of Facebook science, where researchers seem to love coming out with lots and lots and lots of studies that examine interactions via the social network. And I am all for it — just as long as Facebook itself is not the one dong the research. Cause that whole experimenting on users things was just creepy guys.

More like this
10 Ways To Be More Empathetic To Your Partner
By Raven Ishak and Lexi Inks
The 19 Best Tweets & Memes About Bisexual Awareness Week
By Lexi Inks
30 Clever Ways To Slide Into Your Crush's DMs
By Griffin Wynne, Carolyn Steber and Lexi Inks
Dixie D’Amelio & Noah Beck “Love Each Other” Despite Breakup Rumors
By Julia Emmanuele, Jordyn Tilchen and Grace Wehniainen
Get Even More From Bustle — Sign Up For The Newsletter