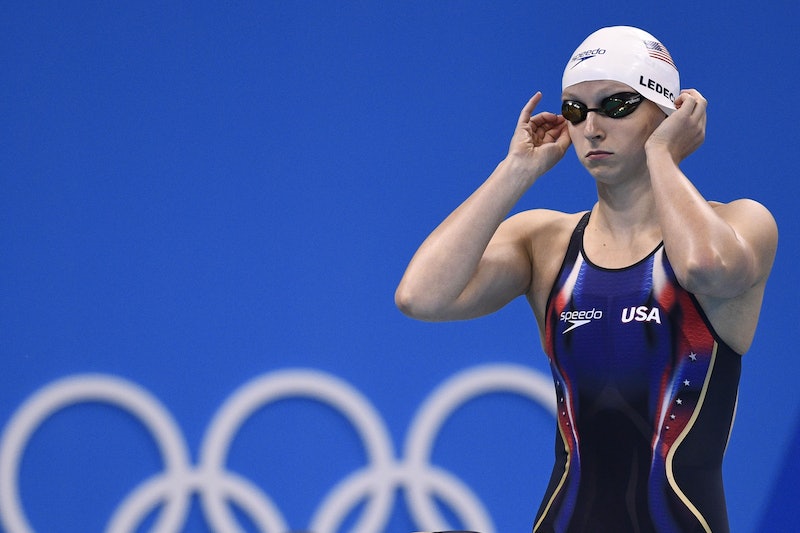 This may not come as a surprise, but Katie Ledecky set a new Olympic swimming record at the Rio games on Friday. Ledecky completed the 800-meter freestyle in a staggering time of 8:04.79, shattering her own world record and defeating the silver medalist, Great Britain's Jazmin Carlin, by over 10 seconds. Given Ledecky's enormous talent and history of breaking world records, it wasn't totally unexpected. But that doesn't make it any less impressive.

Ledecky has broken world records in several events over the years, but the 800-meter freestyle has always been her bread and butter. She won it during the trials for the London games in 2012, and weeks later, pulled off a shock victory at the Olympics proper, finishing the 800-meter in 8:14.63. In doing so, Ledecky broke Janet Evans' longstanding American record in the event by almost 2 seconds.

Over the course of the next several years, Ledecky went on to break even more records. At the FINA world Championships in 2013, she set a new record not only in the 800-meter free but also the 1,500-meter free. A year later, she won five gold medals at the Pan Pacific Championships, and at the U.S. summer nationals that same year, broke the world record in the 400-meter free.

Ledecky came in first place at the 2015 World Championships, defeating the second-place winner by a staggering 10 seconds, and the next year, at the Pro Swim Series in Austin, she posted a time of 8:06.68 in the 800 free, which was — until her victory in the event at this year's Rio games — faster than any other woman had ever swum that distance. Ledecky also holds the world record in the 1,500-meter free, an event that isn't even contested for women at the Olympics.

Moreover, Ledecky comes from a family of swimmers: Her mom qualified for the nationals as a student at the University of New Mexico, and her paternal grandfather has an Olympic-sized swimming pool named after him in Indiana.

Given all of this background, just about everybody expected Ledecky to win the 800 free with ease, and win it with ease she did. But even so, her margin of victory was nothing short of outstanding.

This is Ledecky's third individual gold medal, and her fifth overall, from the 2016 Olympics. Along with Debbie Meyer, she's the only female swimmer to win three individual freestyle events at a single Olympics, and if history is any guide, it won't be the last time she breaks a world swimming record.