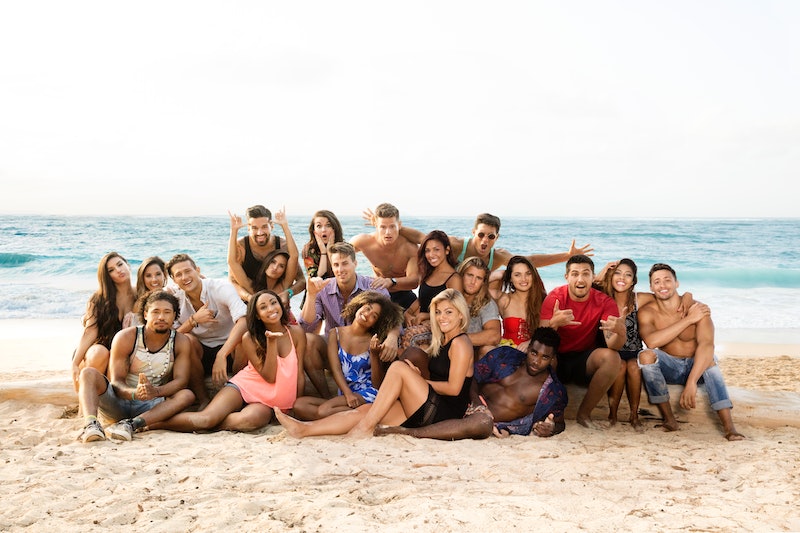 August may be as hot as ever, but this summer of love is about to come to a close. That's because the two-hour Season 4 finale of Are You the One? will be airing on Monday, Aug. 15 at 10 p.m. ET on MTV. The good news is we finally get to find out if any of the singles will be walking away from the dating competition with not only their perfect match but also a $1 million prize. The bad news is that's the end of new episodes of Are You the One? for now. So will Are You the One? return for Season 5, or is there heartbreaking news on the way for this series?

Unfortunately, MTV has not yet made an official announcement regarding the fate of Are You the One?. But that doesn't mean the network has broken up with this dating competition just yet.

A Twitter account has been set up for Are You the One? 's casting, and it looks to be connected to the production company behind the show, Lighthearted Entertainment. One of the account's tweets dated May 31 says that filming for Season 5 will take place in the fall and casting for the new installment had already begun.

Like I said, MTV hasn't said anything about whether or not Are You the One? will be returning for another season, but since it seems like casting for Season 5 took place this summer, it seems pretty likely that the series will come back.

And according to these tweets about the casting, it looks like the format of the show will be fairly similar to the four seasons that have aired so far. As the above tweet reveals, the show is looking to cast "20 hot new singles" yet again. It will also probably take place in a beautiful tropical locale where the contestants spend a lot of time outside, hence the need to "pack sunscreen."

You should also expect the cast to be just as entertaining as ever.

It sounds like the Season 5 cast will be finalized very soon, but the application on Lighthearted Entertainment's website looks pretty easy and straightforward if you're interested in trying out for the show. The form just asks for your basic info and photos about yourself. The below guidelines for that latter criterium shouldn't be too hard to follow, either.

Now the question of when Season 5 of Are You the One? will be premiering is a little difficult to figure out. Since the show's renewal hasn't officially been announced yet, the Season 5 premiere date has of course also not been revealed. Looking back at when new seasons of the series premiered in the past doesn't exactly help, either. That's because new seasons have premiered in all different times of the year, from January (Season 1) to October (Season 2) to September (Season 3) to June (Season 4), according to TV Guide. If I had to guess (and this is only a guess), I'd say that if Season 5 is set to film this fall, it could premiere in Winter 2017 or Spring 2017.

But we'll just have to wait until MTV officially announces the return of Are You The One? and its Season 5 premiere date to know for certain. Until then, savor what's sure to be a fun yet drama-filled Season 4 finale while you can.