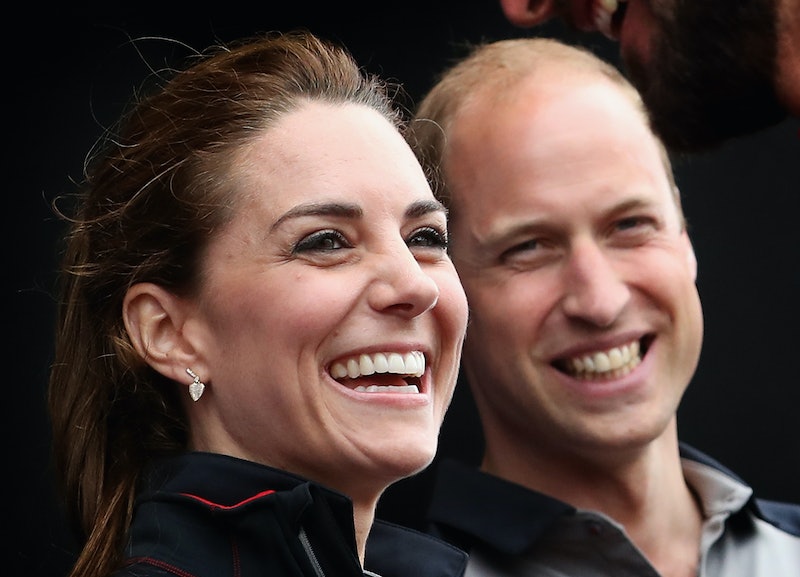 When you're part of the royal family, your words definitely hold power. Which is exactly why Kate Middleton's latest comments about mental health are worth repeating. The Duchess of Cambridge is helping a charity called the Anna Freud Centre for Children and Families launch a series of podcasts, according to People. The series, called Child in Mind, focuses on helping parents understand mental health in their families, especially when it comes to their kids. In a conversation on Sunday when helping launch the podcast, Middleton said,

"Throughout my work with family and child support organizations, one thing that has stood out to me time and again is that getting early support for a child who is struggling to cope is the best possible thing we can do to help our children as they grow up... Knowing this, both William and I feel very strongly that we wouldn't hesitate to get expert support for George and Charlotte if they need it."

That last part is so important, especially since Middleton cited a stat that a third of adults "say they would be embarrassed to seek help for their child's mental health." In response to that number, the Duchess reportedly said, "No parent would fail to call the doctor if their child developed a fever, yet some children are tackling tough times without the support that can help them because the adults in their life are scared to ask." The fact that someone as prominent as Middleton isn't shying away from the topic speaks volumes — and can hopefully help de-stigmatize the subject in the process.

Good mental health is just as necessary as physical health, so it's awesome to see Middleton acknowledge that. It's also great that as a parent, she would do whatever it takes to help her children. By shedding light on such an essential topic, she's hopefully helping other people be more open to discussing this within their own lives and families. It's undeniably alarming that one-in-three adults wouldn't want to take action, but that doesn't mean that number can't change. There's no need to be embarrassed or ashamed, and just because mental illness doesn't show visible symptoms, such as a cold or cough, that doesn't mean it's any less worth addressing.

Still, it's easier said than done to change a culture which for a long time has pushed the subject of mental illness under the rug — but that doesn't mean it's not worth trying to break the taboo. So all in all, the Duchess' comments are a parenting win. And Charlotte and George are growing up in a supportive, loving household. Cheers to that.