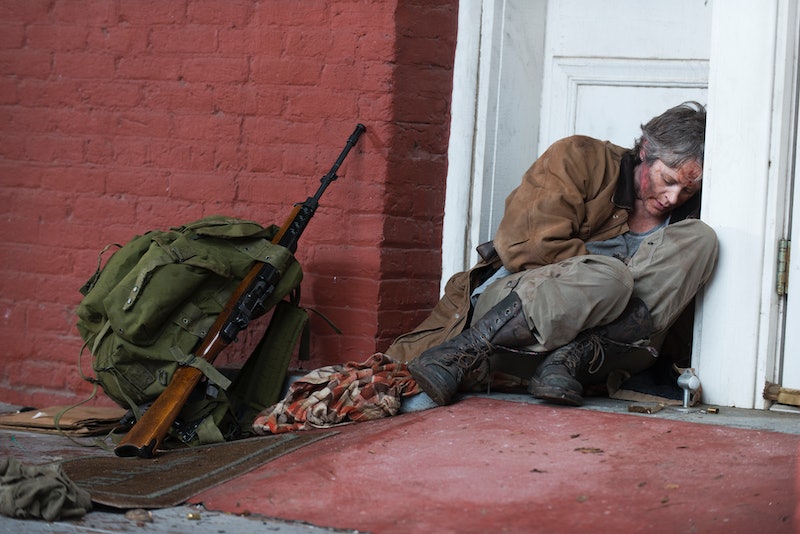 I know it's hard to think about 'shipping on The Walking Dead in the wake of that Negan cliffhanger, but AMC just dropped some interesting breadcrumbs about the new season. Are Carol and Morgan the next Walking Dead romance? The Season 7 preview episode of The Talking Dead hinted at a potential relationship.

The special discussed how Carol and Morgan would be on a journey together in Season 7 to the Kingdom, a community with armored citizens and a leader named Ezekiel who, I don't know if you noticed in the trailer, has a freakin' pet tiger. Will Carol and Morgan find love in the Kingdom? Melissa McBride certainly seemed excited by the material to come, which doesn't necessarily mean anything. Lennie James also hinted that for the first time, Morgan is smiling on The Walking Dead, and the source of that smiling is in the Kingdom. They don't really have the history that Maggie and Glenn, or even Rick and Michonne have, but this storyline could get interesting. Reminds me of Juliet and Sawyer on Lost, one of my all time favorite 'ships that appeared out of nowhere.

I'm definitely excited for this dynamic, though I'm not romantically 'shipping it (or not 'shipping it) just yet. I'm down, but we'll wait and see. Carol and Morgan have vastly different philosophies. They have gotten in a lot of fights. Just the fact that he killed for her and he found her in exile is interesting, and makes me excited to see what happens next. They're also two of the more guarded characters on the show. That isn't saying too much, as pretty much everyone on this show surrounds themselves with emotional walls, but it would take a force of nature for Carol and Morgan to show some vulnerability.

All in all, I'm glad that we'll have at least one storyline on The Walking Dead that has nothing to do with Negan, at least at first. That'll help ease the stress. Right??