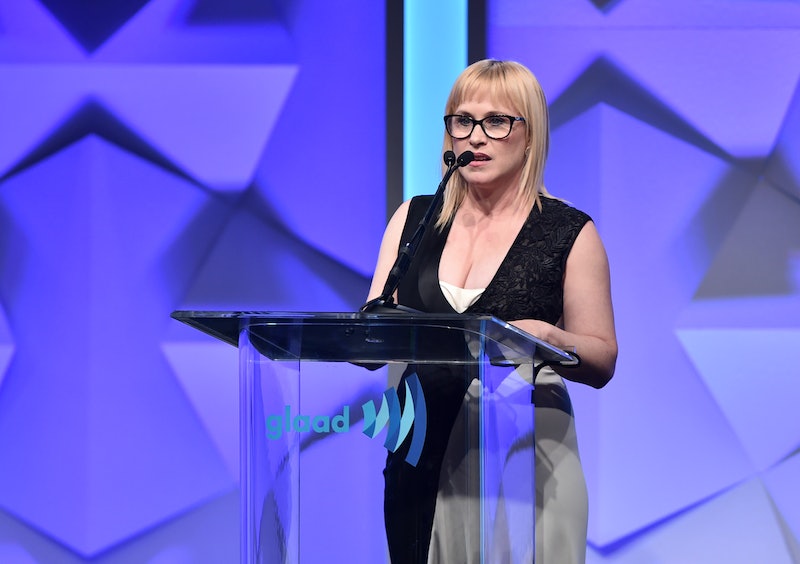 At the 2015 Oscars, we learned what some of us already knew: Patricia Arquette is a feminist superhero. Her acceptance speech was wonderful, beautiful, and inspiring. But, according to Hollywood Reporter, Arquette will star in a new comedy written and directed by a woman named Colette Burson, the creator and executive producer of the HBO dramedy, Hung. The movie, which is called Permanent, doesn't really have much to do with feminism — which is what makes Arquette, and Burson really, even more superhero-esque. Women proving that they can do anything — including a comedic family movie — just like the pervasive boys' club of Hollywood get to do without even needing to prove themselves worthy of doing it? Sign me up.

The film also stars Rainn Wilson, a hugely funny actor who played the rule-follower and prank recipient Dwight Schrute in the popular US version of the series, The Office. It will be so fun to see Arquette, who traditionally does more serious rules (besides her uproariously funny work in Inside Amy Schumer's "Last F*ckable Day" sketch, obviously) working alongside such a great comedic actor. Even more exciting, we'll get the taste of a new female talent, 12-year-old Kira McLean — another lady who will help prove (like it needs proving) that women are hilarious.

This feature comedy from the brilliant mind of Burson tells the story of a Southern family called the Dixons, who navigate the tempestuous '80s, mostly by obsessing over their hair. Hollywood Reporter reveals that the Dixons are "wildly insecure" and yearn "to feel more confident and artistic while navigating toupees, permanents and schoolyard bullies." It seems like this comedy won't focus on a normal guy first, and then his family second, like many comedies. Instead, it seems like it will give every character pretty equal exposure. I'm excited to see it pass the Bechdel Test with flying colors.

In a statement about the film, Wilson stated, "I couldn't be more thrilled to work with two incredibly strong and funny women like Colette Burson and Patricia Arquette on Permanent. I also couldn't be more thrilled to be wearing a toupee and dressing exactly like my dad circa 1982." We hear you, Dwight... er, Rainn Wilson, because we are all on the same page. I too can't wait to see what these female powerhouses create — and the idea of Wilson in dad gear is too funny.

The film doesn't have a release date yet as they have not even begun production, so we'll have to wait quite a bit before we see the girl-power comedic mastery that will be Permanent. I hope that the movie has a permanent affect on Hollywood, and we get to see more and more comedies helmed by talented ladies.