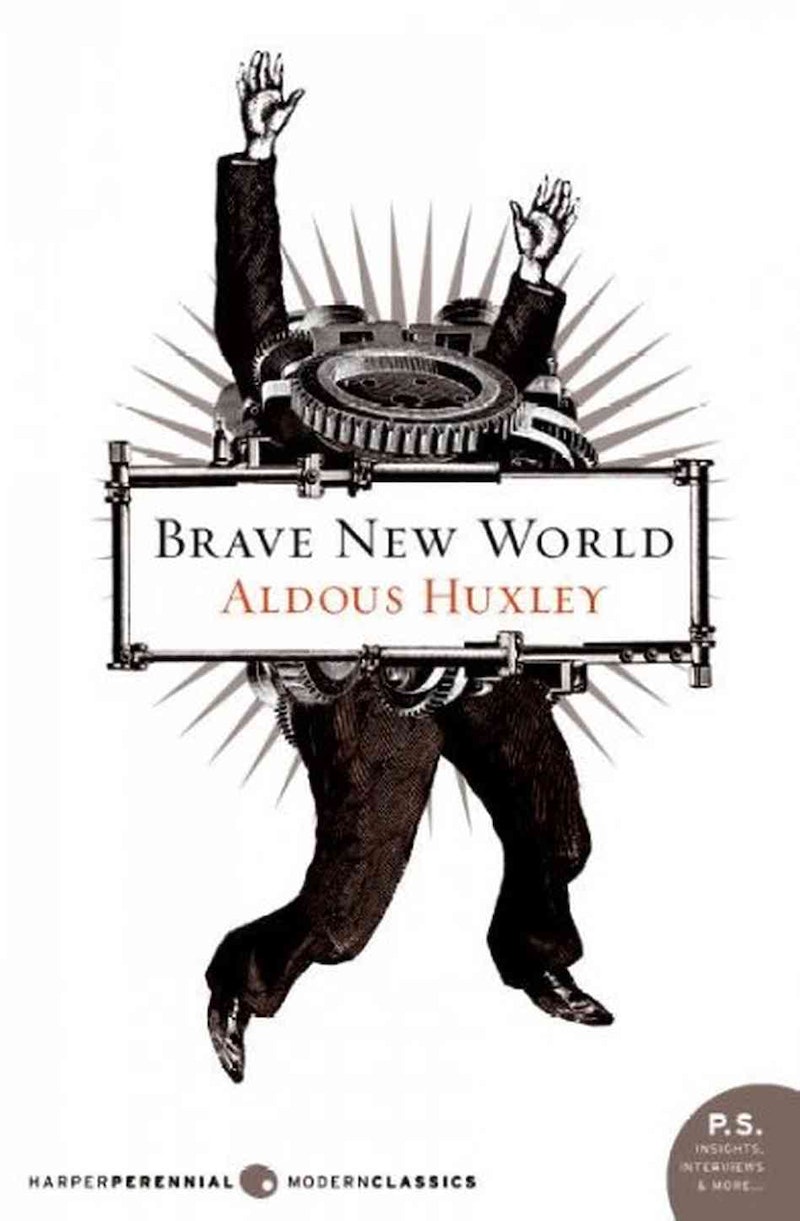 Get your soma supplies ready, book nerds, because a Brave New World TV show is on its way to the Syfy Channel. Ford be praised!

Aldous Huxley's 1932 dystopian novella, Brave New World, takes place in an ultra-automated version of the U.K., where disease, unrest, and even negative feelings have been eradicated through technological advancement. The nuclear family has been replaced by state-run Hatcheries, which breed, feed, and educate babies in large batches, without the need for pregnancy and labor. The assembly-line procreation process is also used to maintain the World State's status quo, with the lowest castes fed teratogens and deprived of oxygen as fetuses.

Lenina and Bernard, a Hatchery worker and a psychologist, travel to the Savage Reservation in New Mexico, where live Native Americans who refused to conform to the World State. There they meet John, a white man born on the Reservation, and his mother, Linda. As it turns out, Linda was stranded on the Reservation some years earlier, during a visit with the Director of Hatcheries and Conditioning. John is the Director's son, and, because the concepts of mothers and fathers is considered backward in the World State, Bernard realizes that he can use John and Linda's existence to blackmail the Director.

And so, Lenina and Bernard bring John and Linda back to the U.K., where Bernard begins to exhibit the Shakespeare-quoting John as a psychological oddity. A social experiment begins, monitoring how John fares in the brave new world into which he's been thrust. Meanwhile, a miscommunicative love affair begins between John and Lenina.

More like this
We’ve All Had Bad Sex. Nona Willis Aronowitz Is Talking About It.
By Sophia Benoit
Here’s How 'House Of The Dragon' Diverges From The Book’s Timeline
By Allyson Johnson
The 'House Of The Dragon' Showrunners Revealed One Key Similarity With 'GoT'
By Grace Wehniainen and Kadin Burnett
Josh Peck Shows Love To Jennette McCurdy After Her Shocking 'iCarly' Revelations
By Radhika Menon
Get Even More From Bustle — Sign Up For The Newsletter