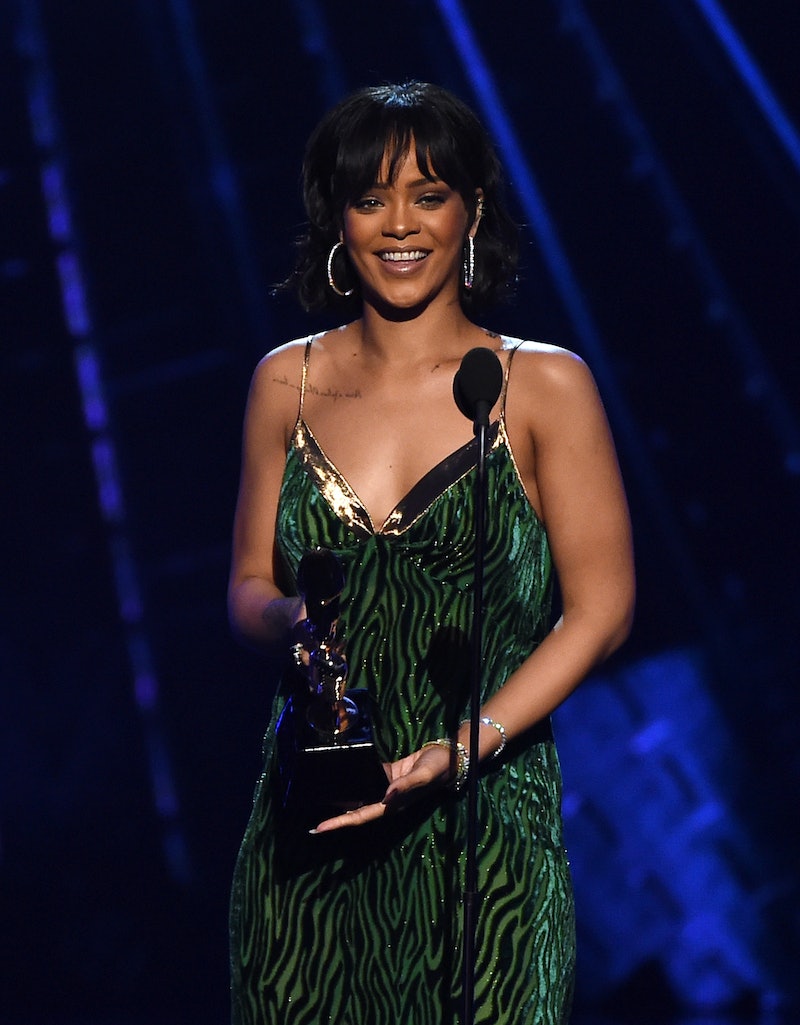 When it comes to performers in the music industry who appear nearly peerless in their varied achievements, the name Rihanna springs to mind. Rihanna will receive the VMA Video Vanguard Award at this year's VMA's on August 28. She will join a select group of musicians who are rewarded at the height of their careers with not only have incredible bodies of musical work but also superlative creative, charitable and social reputations. Kanye West, Justin Timberlake, Michael Jackson, The Beatles, and Beyonce are a few of the notable past recipients. Rihanna is definitely in good company, especially when you take a step back and look at the variety of factors that led to this moment: eight studio albums in 11 years, cementing her mogul status as a designer and co-owner of TIDAL and even participating in philanthropic work as a UNICEF ambassador and founding the Believe Foundation. But how exactly was Rihanna chosen for this monumental award?

The VMA Video Vanguard Award has traditionally been regarded as MTV's version of a Lifetime Achievement Award. As you might suspect, the Vanguard Award is actually not open to public voting, unlike the rest of the VMA categories. Instead, the big decision on who gets the award falls squarely on MTV's shoulders. This means that even though you, the voter, may not get a direct say in the process, you're still able to vouch for a potential future recipient through your ebullient support of the most popular artists of the year, decade and so forth. Think Lady Gaga, Kesha, Demi Lovato or Kendrick Lamar: Today's biggest names in music that not only have a big stamp in music but also in our cultural and philanthropic landscapes. We can boost their visibility through our support and influence the ways in which MTV narrows down future Vanguard Award recipients.

The award was first given in 1984 to The Beatles, David Bowie, and Richard Lester simultaneously. As the years progressed, the Vanguard Award was typically given to a few groups or performers en masse before honing in on one specific group or performer. After Michael Jackson received the Vanguard Award in 1988, it was officially renamed the Michael Jackson Video Vanguard Award in 1991. Since then, the award has been referred to by it's new title and often presented by someone who is directly connected, personally or professionally, to the recipient.

If you really want to take a trip back in time, go watch Michael Jackson receive the 1988 VMA Vanguard Award and see where it all really began.