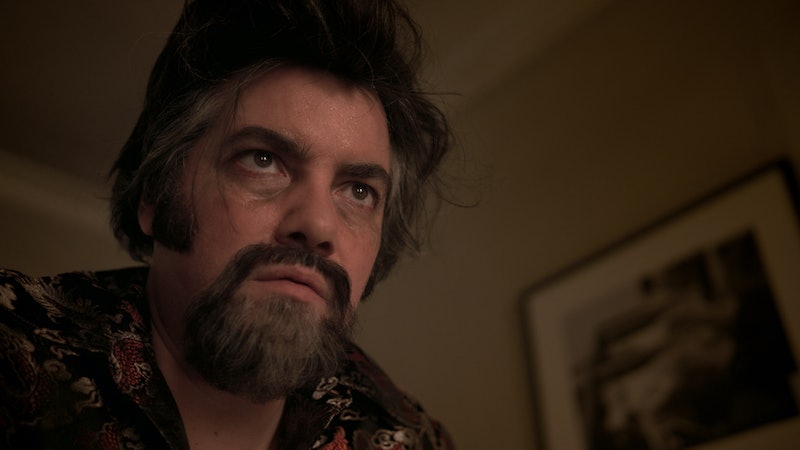 With the addition of Grandmaster Flash as a character, The Get Down on Netflix is towing the line between fact and fiction. Some characters are original, some are inspired by others, and others are real historical figures from the early days of hip hop. Is Jackie Moreno on The Get Down real? The shady producer feels all too familiar for a couple of reasons.

The short answer is no, there was no music producer in the '70s named Jackie Moreno. However, Vulture cites Giogio Moroder and Jaques Morali as possible inspirations for the music industry side of Mylene's "mentor" on the Netflix series. Moroder worked with Donna Summer, and Morali is responsible for bringing us the Village People. Mylene has dreams of disco stardom and idolizes Misty Holloway (played by Hamilton and The Good Wife's Renée Elise Goldsberry), who is very much like Summer and Gloria Gaynor, so that checks out. Vulture suggests that Mylene's character is inspired by gospel singers who made it big like Loleatta Holloway and Albertina Walker.

As far as Moreno's personal life goes, I think the sleazy, gambling, drug abusing producer or manager that you shouldn't trust — but sometimes have no choice but to trust, is just a trope that we're used to in stories like this by now. We've seen real life and fictional examples in Straight Outta Compton, Dreamgirls, Almost Famous, Walk The Line, Ray, Fame, Vinyl, Selena, That Thing You Do, even Empire... the list goes on. Corruption in the music industry is a tale as old as time, in both fact and sometimes fiction.

Characters like Jackie Moreno help to flesh out the world of The Get Down and really take the audience back to this time period. Even if he wasn't a real person, he's a believable person for that era. Baz Lurhmann's lush world may seem like a fantasy at times, but it is grounded in reality and that's part of what makes The Get Down so great.