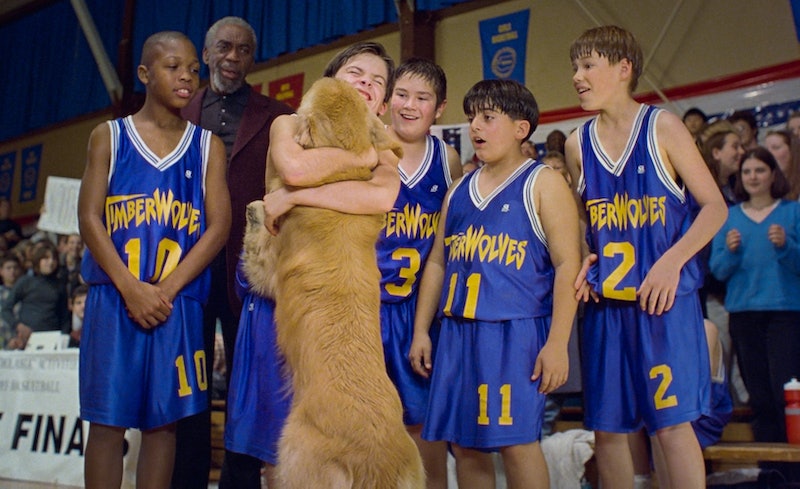 Let's face it — the 90s were weird. Sure, the decade is chockfull of nostalgia, but it's also packed with the truly bizarre. I mean, anyone remember Crystal Pepsi or Furby? It's no surprise then, that in an era of the truly unique and weird that those attributes would trickle on over to Hollywood. Filmmakers and studios just went for it back then, producing incredibly strange films like Theodore Rex and Suburban Commando. The sky was the limit in the '90s and that's certainly true for kids' movies as well. There are so many ridiculous movies meant for children from that era, and the 22 truly weird '90s kids' movies below will likely take you on a trip down a peculiar memory lane.

Whether it was in fashion, music, or, of course, the movies, 'the 90s were a strange, strange era that provided some hilarious entertainment. Thankfully, many of the trends of the time have come back and are popular today, from choker necklaces to overalls to big white sneakers. Maybe bizarre films are next to be revived? I can only hope. In the meantime, enjoy 22 '90s kids movies that are even stranger than you probably remember.

I know there are people who Stan for FernGully but this movie is totally trippy.

Factually, I just think there are a lot of weird things about this movie. Like, what kind of villain is going to give someone a blank check? Especially a kid? The '90s were a lot more lax when it came to kids being able to just chill and go wherever after school, and this weird movie is the epitome of that.

There were a lot of movies about animals doing weird, unrealistic things in the '90s. This is only the tip of the iceberg.

Oh look, another '90s kids movie about a monkey.

Another film about a primate doing something uncanny. The '90s really loved this trend.

I can't tell what's weirder — that someone greenlit this movie or that they got Tim Allen to do it.

In addition to primates, the '90s also really loved making weird movies about babies doing un-baby like things. Exhibit A.

The idea to make Super Mario Brothers into a movie isn't such a crazy idea. What is weird, however, was the execution of it in this film.

Rookie of the Year is one of my favorite movies of all time but that doesn't mean that the premise isn't unbelievable.

This is the worst, weirdest, and most heartbreaking movie ever made and I dare anyone to disagree with me. The father dies, comes back as a snowman, and then (spoiler alert!) dies forever. I have no words.

Does it get weirder than a family who adopts a sentient mouse and treats him like he's human?

While a masterpiece, the premise is wildly unbelievable. As Chrissy Teigen tweeted: his own wife doesn't know he's Mrs. Doubtfire?

OK, I admit this movie is one of my favorites but it's so weird. I mean there's a grave-digger, an evil twin, evil bankers — it's got more tropes than it knows what to do with. But it's still delightful in all of its weirdness.

Honestly, Shaq as a genie is one of the more sound movie plotlines of the decade.

They're spies and superstars. They diffuse a bomb and meet aliens. Spice World is completely crazy and yet it still works.

I'm not sure if a seal or a monkey is more believable in the whole "animal/kid buddy" movie genre.

A child running around NYC as a spy? Kinda weird. But the weirdest part about this movie is for sure the tomato and mayonnaise sandwich.

Did the dog exist just on pudding cups? Were there no league rules against animals on teams? I have a lot of questions about the logistics of Air Bud.

You mean to tell me the family didn't do a "last check" before bolting? I know they were running out but maybe doing a final search around the house would have been smart. I don't know, just seems kind of weird and neglectful and I'm surprised child services were not called on that family.

These movies are all still totally enjoyable (except for you, Jack Frost), so don't be afraid to pop a couple in and have a '90s movie marathon.