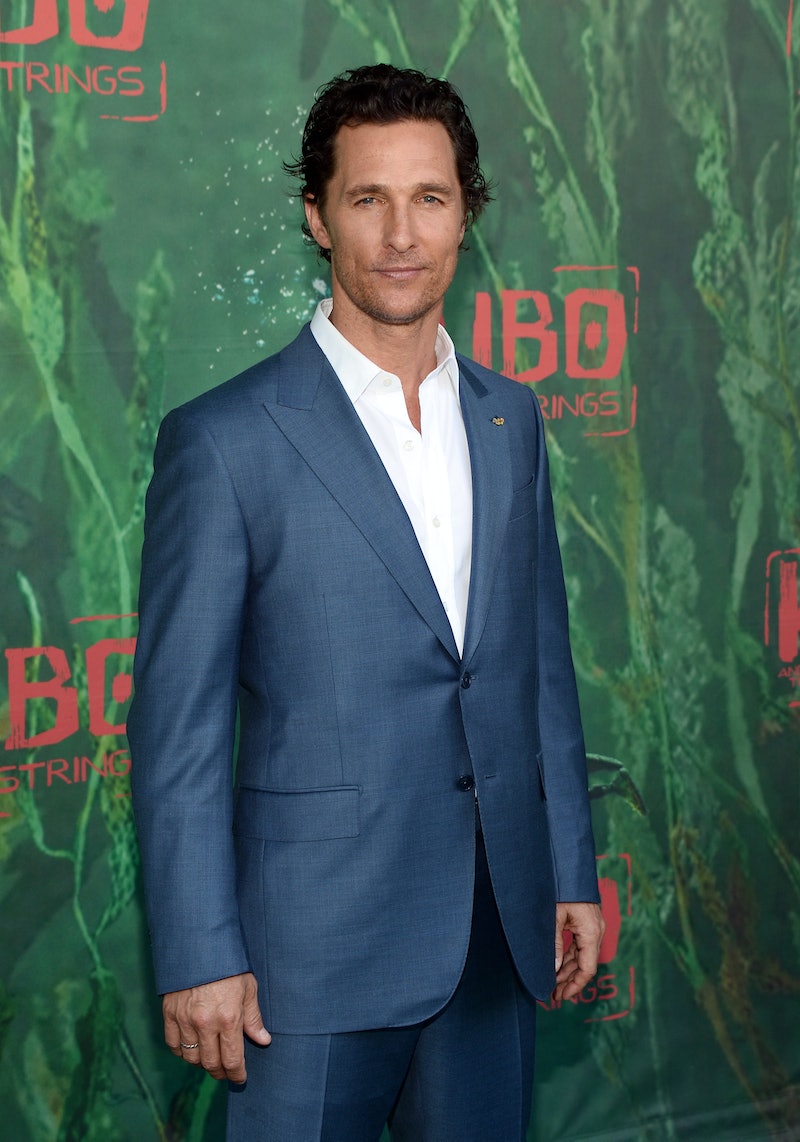 For Matthew McConaughey, life is alright, alright, alright. After spending some time at the Rio Olympics, cheering on Team USA alongside wife Camila Alves, the 46-year-old returns to the states to celebrate the Friday release of his first-ever animated film, Kubo and the Two Strings . The heartfelt (and at times, hilarious) family film is a must-see, with one of its many messages stating: Every story has an ending. When seeing McConaughey at the LA premiere of the film on Sunday, I asked the actor how he envisions his life story ending. And while he hasn’t given much thought to the specifics of how his own story will play out, he knows one thing: He will make sure it’s epic.

“Well, I’m still in it, in process. I’m not gonna call the shot,” says McConaughey. He explains how his time spent at the 2016 Olympics caused him to think about how he’ll leave his mark on the world — as if he hasn’t done so with his dozens of amazing films already. “I heard it a lot while I was over at the Olympics, that people would remember this. I said, ‘Look, my hero is me in 10 years,’” he says. As accomplished as he is, he still has a lot of living to do, and he can’t wait.

“I’m still writing [my life story], it’s getting updated day-by-day,” McConaughey says. A huge part of his story is about his family — his wife Alves (who he’s been married to for four years) and their children Levi Alves McConaughey (8), Vida Alves McConaughey (6) and Livingston Alves McConaughey (3). “Right now I’m loving what I’m doing,” he says. “Career’s going well, being the best husband I can be and a good father — the best I can be. And I got a lot to look forward to.”

McConaughey’s life-loving and heartwarming nature is absolutely contagious. His Kubo co-star Art Parkinson (who plays Kubo) says the actor is “probably one of the nicest men [he’s] ever met.” He calls McConaughey “very laid-back [and] friendly to everyone.” Although they have many scenes with one another, they actually never worked in the studio together and only met a few weeks before the premiere. “But straight away he walked up to me and gave me a hug, it’s like you’ve known him for years,” Parkinson recalls.

It’s clear that for the actor, all roads lead to family. They’ve even started influencing the work he chooses, hence joining Kubo. He told us reporters that he’d been looking for a role in a voice acting film for years, but was never hired until now. “It’s a really good script and turned out to be a really good film. Something that I like, something my wife likes, something that my kids really like,” says McConaughey. “To have something that the whole family can go see — and I haven’t made many films lately, in the last, I don’t know, 15 years — that are children-friendly.”

Yeah, Magic Mike may not be the best one to watch with the kids. “It was nice to make something that they can go to and my kids get hear their dad, their papai, [and] go, ‘That beetle sounds a lot like you, papai!’ I’m like, ‘Yeah it does, doesn’t it!’ And I got to be the goofy sidekick, which my kids love,” he says.

Regardless of how the actor's story continues, this family man has already sculpted one that will not only be told and remembered by his children, but by his fans as well.