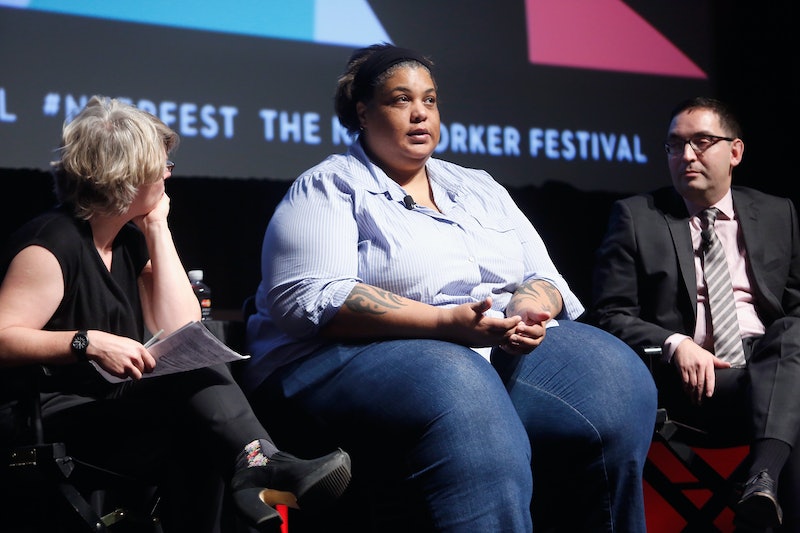 Few writers and creators are able to stand on the fine line between commercial success and social, cultural, and intellectual acclaim. Usually, you can have one but not the other, but Roxane Gay has proven not only to be an elite author but a hard-working person with a purpose. Everything she writes reads and feels like it comes from the depths of her doubtlessly shaken humanity — I mean, look at the world — but it never feels self-serving or focused on herself. Again, the image of balancing on a fine line comes to mind. That's why I pay attention when Roxane Gay shares writing advice.

No one is or will be a better Roxane Gay than Roxane Gay is, but there is definitely a lot to be learned from her that emerging and experienced writers alike can reflect on and perhaps integrate into their own lives in their own unique way(s). Her advice may not work for everyone, and that's OK too. Who has been worse off for getting smart, thoughtful advice that just didn't work for them? Knowledge and wisdom for knowledge and wisdom's sake are fine.

But also, remember the difference between being inspired by someone and copying them. Roxane Gay is easy to aspire to be, but impossible to be, so don't waste your time. Read her words, think about them, and see if anything fits. Stretch but don't overdo it. Hold yourself to high standards but don't hold yourself to her standards. You get the message.

Why don't we start with some tweets that speak for themselves? The topic? Why most essays get rejected.

Obviously, her advice goes beyond tweets. Though, as far as Twitter advice goes, this is part of the better half.

Gay didn't become an icon overnight. It took time. Even a talent like hers had to begin somewhere. In an interview with The Great Discontent, she talked about how she got started as a writer, and in particular, how she started getting published:

In high school, I had a great writing teacher named Rex McGuinn, who saw something in me. He encouraged me to write every day, to think about the stories I wanted to tell and how I wanted to tell them. It’s pretty standard writing advice, but I took it to heart.

Once I graduated from college, I worked on a Master’s degree in creative writing, along with a PhD in a similar writing field, because I loved it so much. Along the way, I realized, “I would like to share these words with someone.” I started reading the Writer’s Market , back when it was a physical book that people carried around religiously—when people sent off stories in envelopes with stamps and hoped to get something back. Oftentimes, that did not happen. Slowly but surely, I started to find my voice. And the more I found my voice, the more easily I was able to publish my work."

Gay experienced her own period of rejection from the literary community, because, as she says, she just wasn't a very good writer. She overcame that, though, by stepping outside of her expectations and trying something different.

"I worked a lot of crazy jobs along the way. I worked in retail, I was a bartender, and I did a year at a student loan company. The last job I had before I went to graduate school for my PhD was working in university communications: I was writing, but I wasn’t doing the kind of writing I wanted. Those jobs allowed me to sustain my writing habit.

I published my first piece in 1996 for a women’s magazine called Moxie . I wrote an essay about inhabiting multiple identities—obviously, I’m still writing that essay. (laughing) Around the same time, I also wrote a piece about being queer and Haitian for an anthology called Does Your Mama Know? .

I continued writing stories, but literary magazines didn’t appear to be terribly interested in them, so I began submitting my work to erotica anthologies. When those publications took my stories, I thought, “Okay, it’s because I have too much sex,” but the truth is that I wasn’t a great writer. While I was getting stories accepted to erotica anthologies—which paid, by the way—I started working on becoming a better writer. I decided that the literary community wasn’t for me and didn’t want me; though, to be fair to myself, I was still pretty young at the time. After a while, I started sending my work to magazines again and experienced a completely different response because I had become a better writer."

Writing books is very different from pitching stories to literary magazines and erotica anthologies, for certain. Gay also talked about what it's like to publish books in an interview with Bitch . When asked what she learned from the book publishing industry, after publishing An Untamed State and the aforementioned Bad Feminist, she said the following:

"It taught me that persistence pays off. You have to be in it for the long haul. Sometimes it takes a lot longer than you thought, but cream rises to the top. It may not rise in the way you want, but it will get there.

What has surprised me is that I’ve had a great experience. You hear a lot of horror stories about “big publishing” and how their editors don’t edit and how there’s no money for promotion. I don’t think that’s untrue, but that hasn’t been my story, so that’s been a pleasant surprise."

Gay has advice for days, but I'd be disregarding her work to not feature some advice she has given exclusively for female-identifying writers. In a feature on her at Elite Daily, Gay and article writer Leeor Bronis, both break down the reality of being a professional woman.

"Writing as a woman, you’re faced with some really difficult choices. Often times the only thing women are allowed to be experts on is themselves,” she explains. “We're expected to write deeply personal essays, but then aren’t equally expected to write a political essay or something historical and deeply researched.”

Still, Gay encourages women to never give up on writing if it's their true passion. When people make negative comments about how journalism is dead or the lack of stability in a writing career, just let it roll off your shoulders.

“You have to be really, really relentless and ambitious. You shouldn’t hide it,” she says. “There’s no shame in being ambitious and wanting a fierce career."

There's more much more advice than what was shared here. But overall, what Gay teaches is that there are no shortcuts for success. Life may not work out the way you expect it to, but you must be flexible and never stop trying. We all have potential but only some of us work at it. Gay is, obviously, part of the latter. Just imagine where she would be today if she'd stopped after her rejections.