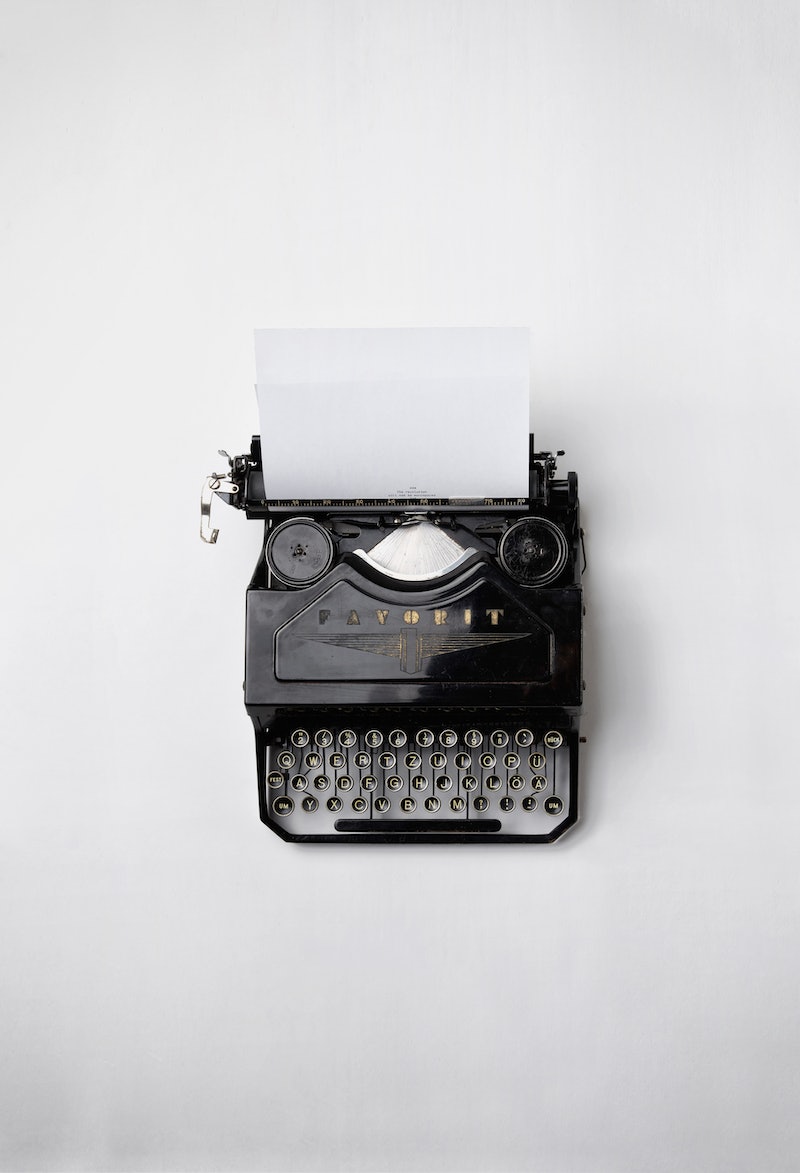 I've spent most of my life thinking that my writing was complete garbage. Despite the fact that, for the most part, there is no universal standard for good and bad writing, I'd somehow accepted that mine was terrible. Why? Well, I've never published a book, I've never been on a 30 under 30 list, I haven't had any of my work accepted by the New York Times, I'm not working for BuzzFeed, I don't live in New York, I'm not genuinely part of a social group, in real life or on Twitter, of other accomplished writers, and I don't go viral, even among my own Facebook friends. Which is to say, the people in my network don't often like, comment, or share my work specifically as they might do for others who have developed a consistent, powerful persona. They probably won't even read this.

Needless to say, I spent a huge chunk of my life in this awful headspace. There always seemed to be something missing from my writing. It never read the way I wanted it to. To be clear, I'm fully aware that this feeling is not remotely unique.

As I got to college I began having that weird realization that I was in my "prime." I thought then, in a few years, being successful wouldn't be that impressive. I'd always dreamed of being a prodigy, someone special. When an adult writes an extraordinary book you're not usually surprised. I wanted to surprise people. I wanted to prove my worth and show that I was meant for greater things.

When validation wasn't coming in the time or quantity I wanted, I fell into this mental, spiritual, and emotional tar pit wherein I would read about authors I admired, and think about how I could apply their habits and writing ideologies to my life. I tried this for a while, without any quantifiable success. I thought if I couldn't do well on my own, surely I could do well if I followed the example of other affluent, recognizable people.

When validation wasn't coming in the time or quantity I wanted, I fell into this mental, spiritual, and emotional tar pit wherein I would read about authors I admired, and think about how I could apply their habits and writing ideologies to my life.

One writer that I was particularly fascinated by was Tavi Gevinson. She started a blog in early adolescence and within a relatively short time became not only a big player in the fashion world, but also a writer and editor with influence as EIC of Rookie , which evolved from her blog. I read a lot of her interviews because she was doing what I'd always wanted to do. She was a visionary, inspiring hope, encouraging conversation, creating a cool aesthetic for herself and her magazine, and making empathy, thoughtfulness, and intersectionality the stars of the show.

I used to love reading interviews with her because it'd give me a chance to peek inside the mind of the real Tavi, the person behind all the creations the world had come to love and respect. There are two big pieces of Tavi — in my humble opinion — that she speaks on often during interviews. Those things are diaries and literature.

She'd always reference books I've never read, by authors I'd never heard of before. And she talked about how keeping diaries was important to her. I figured that if I read more "smart" books and kept a diary, I'd be on the right track. Unfortunately, it didn't take long for me to fail in this attempt. I'm terrible at routines and would either forget to write in my diary or would be so overwhelmed with thoughts and emotions that sitting still wasn't even possible, let alone processing and physically writing something. I'm also not good at reading books that people might consider classic or intellectual. I like writers who speak like people and books that are more about ideas and feelings than mundane details, obscure references, and symbolism. Needless to say, my attempt at being more like what I thought Tavi was failed miserably.

I tried lots of different writers. I've tried running like Haruki Murakami, being as willfully provocative and unapologetic as Roxane Gay, and stepping out of my comfort zone in all forms of media like Joss Whedon suggested. Ultimately, none of it made me a better writer and there's a simple reason for it. I wasn't trying to be a better writer. I was trying to be someone else.

What I came to realize, one day out of the blue during one of my inconsistent night walks, is that if you try to emulate other writers, you're wasting your time. I'll never be a better Tavi Gevinson than Tavi Gevinson is, so why was I trying so hard to do the things she does. In our culture-obsessed society, we've become so used to looking at everything and everyone but ourselves that we often forget to do something as simple as examining ourselves.

Instead of looking at other people, I should've been looking at myself. It's hard, though, admittedly. What emerging and hardworking writer doesn't want decent compensation and recognition? I often wonder what makes me special, and how I can possibly do well if I don't mimic someone "better" than me. I'm a procrastinator, I don't like to write rough drafts, I don't really make plans before I write, and it's hard for me to keep my voice out of my writing. But that's me. I've learned that I do best when I embrace the chaos and recognize not just that, but also the sort of raw power that comes from my process.

I'm not trying to say you shouldn't follow advice or look up to people. It's just that there's a fine line between inspiration and copying. If you feel comfortable with that line, then you'll do great. If not, you're probably best to stay focused on yourself. That's what I did because I'm a notorious line-crosser.

I'm not trying to say you shouldn't follow advice or look up to people. It's just that there's a fine line between inspiration and copying.

The reality is that my books will probably never read like Stephen King and I probably won't write the next Catcher in the Rye. I probably won't write smart enough for the New York Times or ever become Twitter famous. What I will do, almost definitely, though, is be the best me I can possibly be. I'm living with a metaphoric mirror from here on out.

More like this
16 Novels That Paint A Realistic Portrait Of Abortion
By K.W. Colyard
30 Books To Read This AAPI Heritage Month
By K.W. Colyard
10 Must-Read New Books Out This Week
By K.W. Colyard
Thank U, Ex
By Rosemary Donahue
Get Even More From Bustle — Sign Up For The Newsletter