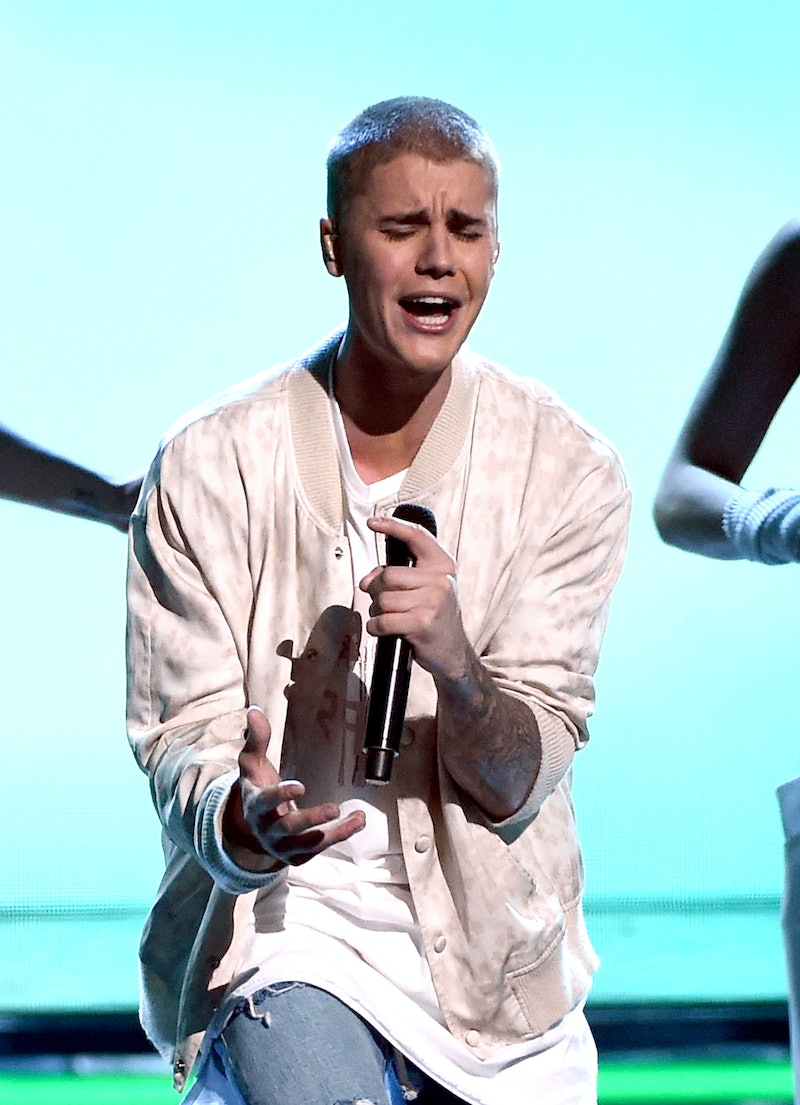 If your Instagram newsfeed felt just a little less provocative and incendiary Tuesday morning, well then, you must have your social media Spidey senses fine tuned. It's easy to notice something's up with a celebrity when they post pictures with cryptic captions or moody shots of a lonely moon hanging over a dark ocean, but it's far more difficult to realize when someone has, ahem, "excluded themselves from the narrative," which is exactly what happened on Aug. 16. Justin Bieber deleted his Instagram and somehow the social media platform didn't implode. I know, I am as shocked and scandalized as you. But, before we get into our feelings, let's focus on the bigger issue at hand: Why did Bieber delete his Instagram account? Because, let's be real, Instagram has always been his domain.

The answer is actually quite simple. Bieber's leave of absence from Instagram, because I doubt it's a permanent decision, stems from the most recent Biebs-induced drama that has been plaguing the app for days on end. It's been quite a whirlwind of emotions for Bieber, fans, and celebrity significant others and exes alike, so it's actually not too hard to see why he peaced out. But, if you haven't yet caught up on Bieber's goings on, fear not, I am here to help you along. Specifics are the name of the game when it comes to properly documenting drama, so let's get into it.

First order of business? We should all probably acknowledge now that Bieber doesn't make empty promises. You see, as per E! Online, in now-deleted Instagram post on Sunday, Bieber wrote, "I'm gonna make my Instagram private if you guys don't stop the hate this is getting out of hand. If you guys are really fans you wouldn't be so mean to people that I like." What hate was he referring to? Hate of the Sofia Richie kind, of course. As the site explains, fans were voicing their pointed dislike over Richie, and subsequently Bieber's seemingly newfound connection to her, and the singer just wasn't having it. Bustle has reached out to Bieber and Richie's reps regarding the dating rumors about them, but has not yet received a response.

Richie was not the only topic of conversation on Bieber's Instagram, though. Oh no, Selena Gomez reportedly entered the mix in a storm that Twitter likes to call the #SelenaEndedJustinParty and made everything that much more interesting. Gomez allegedly wrote on Bieber's Instagram about his relationship with fans, which turned into... something else entirely. But, I'll let Twitter tell it:

Bustle has also reached out to reps for Bieber and Gomez regarding their alleged Instagram comments, but has not yet received a response.

The fact of the matter here is that, basically, a lethal combination of fan rebellion, Gomez's alleged tea, and his seeming need to make things more private (he also recently said he no longer wanted to stop and take photos with fans) is what made Bieber do away with his Instagram. I can't say I blame him. If your dirty laundry gets aired out for all to see, you're going to want to stop going to that same laundromat for a bit. It appears that Bieber's trying to keep his private life private at the moment and that's probably a smart move.