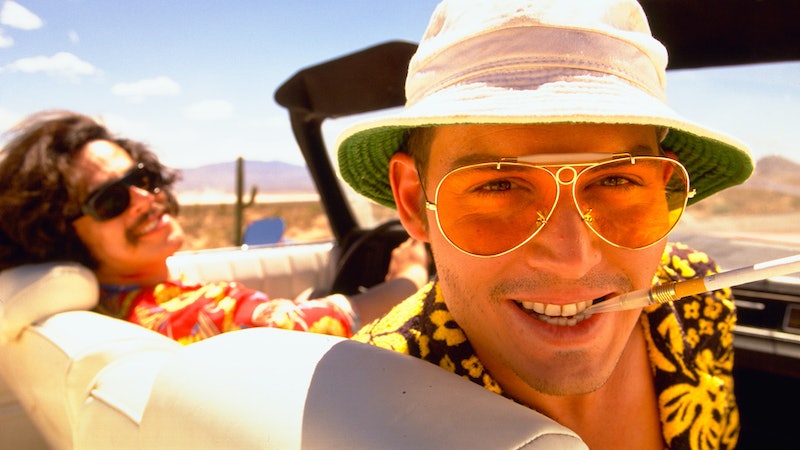 Three years after Ernest Hemingway killed himself, a writer and pretty famous fan visited his home in Idaho for journalistic purposes. While there, Hunter S. Thompson stole Hemingway's antlers. Now, 11 years after Thompson's own suicide, the antlers have been returned to their rightful owners.

I swear, I'm not making this up.

Hemingway bought his Ketchum, Idaho summer home in 1959, after leaving Cuba. The author had enjoyed hunting and fishing at the nearby Sun Valley Ranch — now part of the The Nature Conservancy's Silver Creek Preserve — and Idaho's climate offered protection for Hemingway's treasured papers. When she died in 1986, Hemingway's widow, Mary, left their home in Ketchum to the Conservancy.

Thompson visited Hemingway's Idaho home in 1964, while working on a Toledo Blade article, titled "What Lured Hemingway to Ketchum?" Seven years before he published Fear and Loathing in Las Vegas, Thompson wondered what allure Idaho held for his idol:

Anybody who considers himself a writer or even a serious reader cannot help but wonder just what it was about this outback little Idaho village that struck such a responsive chord in America's most famous writer.

Early on in the piece, Thompson mentions "a big pair of elk horns over the front door." According to Thompson's widow, Anita, the gonzo journalist "got caught up in the moment" and stole the antlers. Seeing The Aspen Times' Instagram post about their return, one wonders just how Thompson managed to make off with that horking prize without being caught.

Anita Thompson told BroBible that her late husband "was actually very embarrassed by" his actions, and had planned to return the antlers to their rightful owners. During the first week in August, more than 10 years after her husband's death, Anita Thompson "loaded Hemingway’s stolen antlers in her Toyota Prius for the 11 hour drive north from Woody Creek to Ketchum."

Hemingway's antlers won't stay at the late author's Idaho summer home, however. His grandson, Sean Hemingway, works as a museum curator in New York. He will offer the elk rack a permanent place to stay.

More like this
13 Summer Solstice Quotes To Celebrate The Longest Day Of The Year
By Sadie Trombetta
16 Novels That Paint A Realistic Portrait Of Abortion
By K.W. Colyard
The 8 Best Collars For Cats Who Hate Collars, According To A Vet
By Lauren Moison
The 4 Best Food Bowls For Dogs With No Teeth, According To Experts
By Maria Cassano
Get Even More From Bustle — Sign Up For The Newsletter