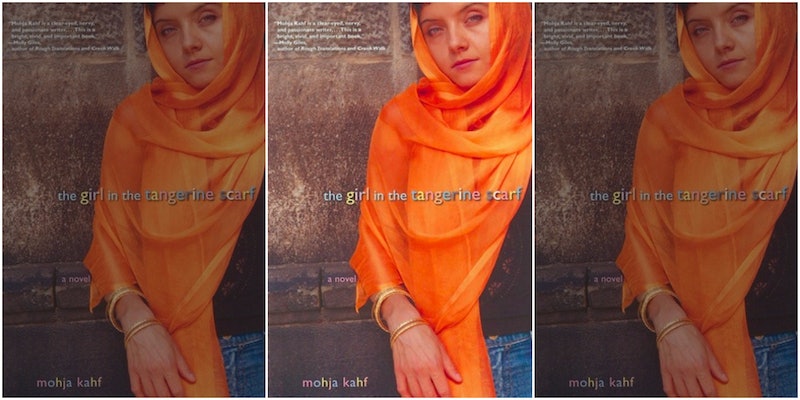 As a young black woman, I struggle with race daily. I was called the n-word for the first time when I was just 12 years old. I stared up at my offender, a fellow classmate, in disbelief. It was 2007, and I went to a public middle school in Manhattan. Yet there I was experiencing blatant racism. I’ve struggled with race ever since.

I don’t struggle because I am ashamed of my own race. I struggle because I don’t know how to address race in a society where so many people don’t believe that ongoing and systemic racism is still a prominent issue. A society in which those who recognize the plight of marginalized communities are seen as overzealous in their quest to get others to understand, and the only people who hear them are those with the same beliefs.

"I struggle because I don’t know how to address race in a society where so many people don’t believe that ongoing and systematic racism is still a prominent issue."

A few years ago, I came across a small solution. It was the book The Girl with the Tangerine Scarf by Mohja Kahf. It is a work of fiction about a Muslim woman growing up in Indiana in the late '70s. The story follows Khadra Shamy, a young woman of Syrian descent, as she struggles to stay true to her faith as she assimilates to American culture. Like most girls in high school, Khadra wants to be accepted, but she continuously feels like an outcast — like “the other.”

There was something very powerful about reading this because most people, if not everyone, can relate to this dreadful feeling growing up. The notion of wanting to fit in but having some factor, some physical attribute or some way of thinking that holds us back. For most of us the feeling is fleeting; it can last a moment or a few years, but eventually it passes. We graduate high school, we move on. We don’t feel ostracized by that same thing forever… unless we do.

"For most of us the feeling is fleeting; it can last a moment or a few years but eventually it passes. We graduate high school, we move on. We don’t feel ostracized by that same thing forever… unless we do."

[Spoilers Ahead] In the book, Khadra returns to Syria to reclaim her faith after her marriage fails and a close friend is murdered in Ku Klux Klan-related violence. The novel begins to focus more on personal growth, but later Khadra returns to Indiana and is confronted with all of her past demons. She slips into the role of “the other” once again.

In the privacy of my living room, I read Khadra’s story. I knew that I could never experience her journey, but I began to understand it and empathize with her. Good literature, like this novel, provokes the reader and sparks meaningful conversation in a way that is not aggressive or judgmental.

"Good literature, like this novel, provokes the reader and sparks meaningful conversation in a way that is not aggressive or judgmental."

Kahf accomplished the latter by using universal emotions to make Khadra’s narrative comprehensive to all readers, Muslim and non-Muslim alike. This is crucial to a generation fed up with having to simplify and explain racial issues constantly.

Likewise, the book The New Jim Crow: Mass Incarceration in the Age of Colorblindness by Michelle Alexander tackles systematic racism in a poignant and intelligent manner that is also extremely comprehensive. Alexander discusses how the penal system mimics prejudicial laws such as those that arose in the Jim Crow Era. Once a person is labeled as a criminal, they essentially become a second-class citizen: they cannot vote, they are excluded from juries and they are socially stigmatized. She goes on to explain that a majority of our penal population are men of color.

One of the best parts of this book is that Alexander addresses skepticism before countering it with research because she understands the skepticism and initially felt it herself. Like hers, your first thoughts are likely that people who are in jail, have done something to end up there. How is it racist to arrest people for crimes they have committed?

Well it isn’t, but this is where it gets interesting. Alexander details how the war on drugs began in 1982, shortly thereafter, as drugs were popularized, crack-cocaine emerged in alarming numbers in poor black communities in Los Angeles and cities with similar demographics nationwide. As the war on drugs picked up, prison populations expanded at a shocking rate: within 30 years the population rose from 300,000 to two million, with a large portion of the rapid increase attributed to drug convictions.

Then Alexander does the same marvelous thing that Kohj manages to do in her novel: she makes it real by making it relatable. Michelle Alexander explains that white youth are statistically far more likely to take drugs than people of color, and cites multiple published reports, including the Juvenile Offenders and Victims 2006 National Report, the Monitoring the Future National Survey results on Drug Use 1975-2006 and the U.S. Dept. of Justice Office of Juvenile Justice and Delinquency Prevention report, 2006. When I read this, I thought back to when I saw cocaine for the first time. It wasn’t in my neighborhood or a homeless person on the street, it was in a fraternity house, with three white men huddled over a table.

Then Alexander does the same marvelous thing that Kohj manages to do in her novel: she makes it real by making it relatable.

This isn’t to insinuate that people of color do not do drugs, because we all know that isn’t true, but it highlights privilege and explores the idea that race and socioeconomic class play a big role in deciding who actually has to pay for their crimes.

The book continues to intelligently dissect how people of color, men specifically, are systematically targeted for mass incarceration. It is a powerful and insightful read.

Both of these novels take on the difficult task of highlighting the narratives of marginalized groups. The Girl in the Tangerine Scarf tells a story and caters to a bit of a younger audience, while The New Jim Crow tackles a polarizing topic using mature language, but each author does a brilliant job of exploring complex topics in a refreshing and informative way.

If you are confused about a narrative that you do not embody, try reading up on it. You may be pleasantly surprised at what you can learn by picking up a good book.

The New Jim Crow: Mass Incarceration in the Age of Colorblindness by Michelle Alexander, $13.39, Amazon

The Girl with the Tangerine Scarf by Mohja Kahf, $13.36, Amazon