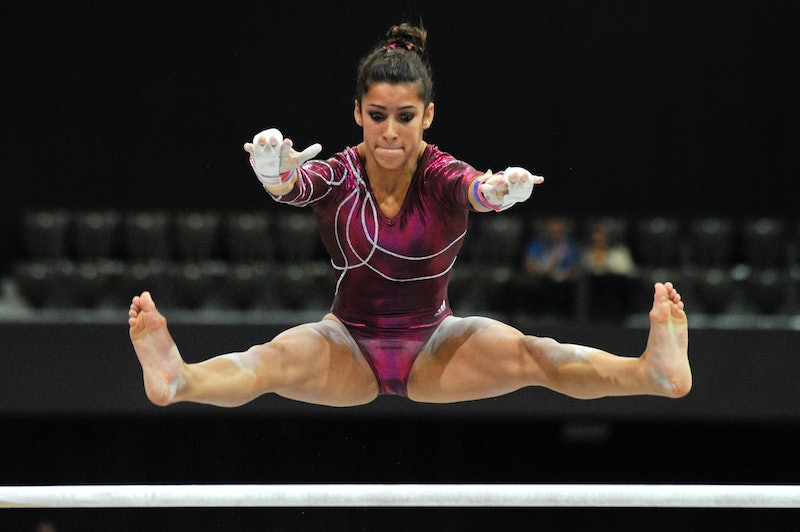 Sometimes talent is earned through hard work, and sometimes talent is just something that people have. And it’s clear that when it comes to Olympic athletes, talent comes from a combination of both. Just look at this throwback video of a younger Aly Raisman's floor routine from the 2007 Parkettes Invitational, a gymnastic competition that is one of the oldest in America. Sure, it’s fun to see how far this star athlete has come, but this video also shows that, as much as she may have improved over the years, Raisman was always a star.

It’s clear from the video that Raisman’s improved a lot between this competition and the 2016 Rio Olympics There are a few hiccups in this routine, in fact: A missed landing, some lines that could be corrected. But, it’s those hiccups that prove how much work she has put into becoming the athlete that she is today.

Underneath those little blunders is the pure confidence of a star. Even the announcers think so — you can barely watch it without being interrupted by the announcers singing Raisman’s praises. They talk through the entire thing about what a star Raisman is.

The announcers focused on Raisman’s “attitude,” saying that she is “a performer” at heart. They remark on how much talent she has “at such a young age,” adding her to the “powerful group of young athletes” competing that day. But maybe the best compliment of all is when the announcers discuss how amazing it is that Raisman’s “raw talent just comes shining through.” Does she make mistakes in the routine? Plenty. But you can tell from the sheer performance value of this floor routine that this Olympic gymnast was always meant to be a star.

And what an amazing lesson there is in this: Even the biggest stars in the world once made mistakes. But look at how Raisman keeps pushing on, spinning through the air with the same moves that will eventually win her Olympic gold.

You know what they say: Don’t ever quit. Let Raisman’s amazing path from child gymnast to Olympic athlete be a shining example of that.