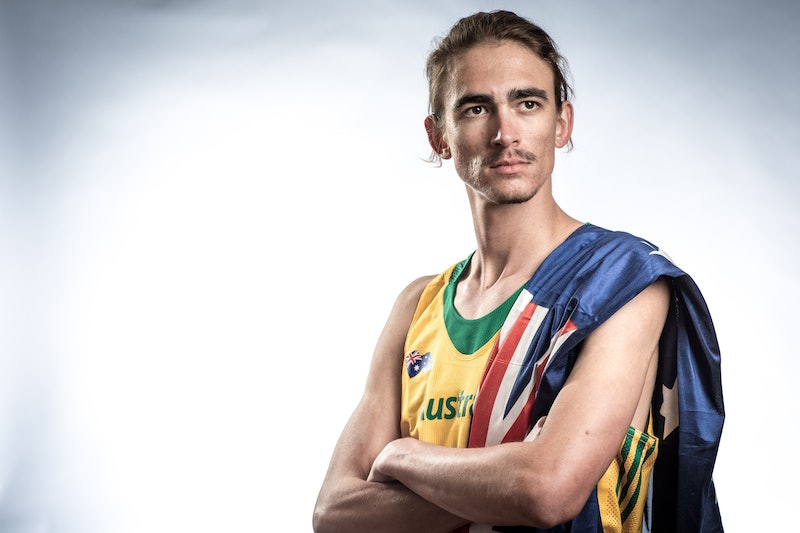 Without any new episodes of the popular series Game of Thrones coming around for a much more terrifyingly long period of time than many of us know how to deal with, it seems impossible to be. But carry on and have strength, Thrones fans, because the 2016 Rio Olympics have come to save you from your unending misery. Entertainment Weekly reports a story that will give you faith you can make it until the next season, with the news that one of the an Australian high jumper and Olympic athletes is named "Brandon Starc." This GoT and Olympics crossover is not only perfection, but also exactly what fans need to keep them from losing it.

In case your mind has completely gone GoT-blank since last season (a coping mechanism, probably), allow me to explain the significance of this athlete's name in terms of Game of Thrones-dom. Brandon Starc is one letter off from Brandon Stark, the paralyzed Stark boy who has the ability to warg into the bodies of animals and the occasional Hodor (sigh). The hilarity comes with the contrast between these two Brandons; while both are named Brandon Stark/Starc, they have certainly experienced very different things.

And the tweets and memes discussing these differences are fantastic.

1. The Institution of A New House

2. The Tie-In Of Australian Wildlife

Would the three-eyed Kookaburra sit in an old gum tree? I think we can all agree Westeros is whacky enough without instituting the Pokémon-like animals of Australia.

Even if you don't understand Spanish, you can probably comprehend that, if the White Walkers had Brandon Starc on their side, they would have no trouble at all vaulting over the Wall. Yikes.

If your family can't make fun of you in a loving way, who can?

5. Both Brandons Are Very Accomplished

What can't they do?

6. Could Bran Walk The Whole Time?

Too soon, dude. Too soon.

But, at least this time, it's not coming for a Stark(c).

8. A Lannister Always Pays His Debts

That is the perfect example of "calling it."

9. Both Brandons Look Kind Of Similar

I mean, I can kinda see it.

Your Game of Thrones fix can be satiated by watching Brandon Starc compete in the high jump finals Tuesday, August 16. If this Starc brings home the gold, it will feel like a victory for all of the North. Congratulations to Brandon Stark... er.. Starc for bringing glory to the Seven Kingdoms. Or, you know, Australia.