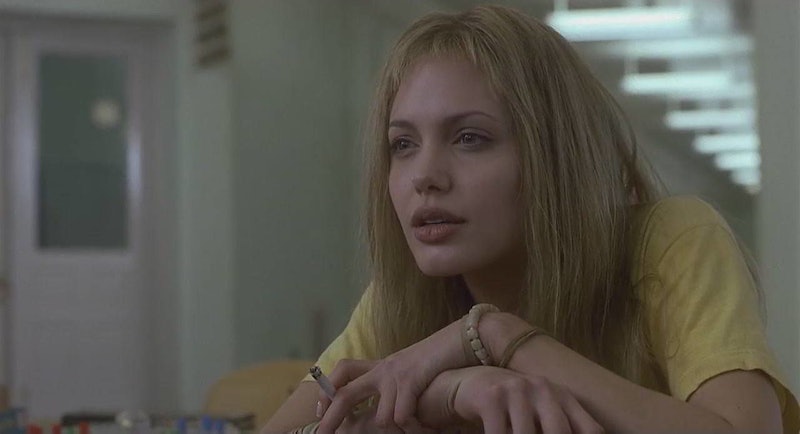 Human rights activist and actor Angelina Jolie may not be best-known for her sense of fashion — nor should she be, per se — but she’s always kept things timely when it comes to personal style. Angelina Jolie’s best outfits from the '90s and early 2000s may not be the most notable aspect of her time in the public eye — considering she has a career spanning over 20 years, a string of charitable achievements, and uncountable red carpets under her belt — but they’re certainly worth remembering anyway.

Originally beloved for her gothic, vampy style when she broke onto the scene in the late ‘90s wearing vials of blood on the red carpet and showing off her ever-increasing tattoo collection, the UN Ambassador is better known today for making an impact with her work as a human rights activist and philanthropist than for her once-controversial sartorial decisions.

But that doesn’t mean we can’t take the time to step back and appreciate the looks served in decades gone by. Jolie may have ruffled a few feathers back in the ‘90s, but looking back, many of her style decisions seem totally on-point as opposed to outlandish. From red carpet satin-clad glamour to leather trousers and bejeweled chokers, the 11 looks below are certainly wearable in 2016.

1. The Metallic Trench In Hackers

Rocking cyborg chic as a teenage hacker, Jolie's iridescent lip and oversized metallic collar look was just as at home on the silver screen as it would be on our smartphone screens while scrolling through Instagram.

2. As A Bleach Blonde In Girl Interrupted

The peroxide locks paired with a barely-there, super micro fringe fill me with green-eyed envy for every time I've mistakingly messed up a home hair-dye job.

In 2016, it's rare to see a bare brow. Although Jolie's take on the full-brow look way back in '98 may seem a little OTT, her resting bitch face helped her pull them off for sure.

Crystals and glitter never go out of style.

If in doubt, wear black. As an all-black-everything kind of gal myself, the enduring appeal of the darkest color is completely timeless in my eyes.

Proving that no short skirt is too short, this thigh-scraper would be a welcome addition to my modern-day wardrobe.

Every girl should arguably have a princess dress in her closet (provided she wants to). Despite Jolie's usually laid-back style, she nailed this aesthetic.

10. The Bejeweled Choker In Original Sin

Chokers are everywhere right now, from tattoo styles to dog collars. But here Jolie gave the accessory a sophisticated slant.

11. The Scarlet Pout In Gia

Because there's nothing more classic than a good red lipstick.

With an almost equal number of her most memorable and wearable outfit decisions coming from both onscreen while acting and off-screen during public appearances, it's undeniable that Jolie is an extremely well-dressed woman. And while she may have personally left her '90s and early '00s wardrobe at the back of the closet, I'll definitely be pulling some style tips from her previous wardrobe decisions.

More like this
Netflix Reveals First Look At Wednesday In The 'Addams Family' Spinoff Series
By Bustle Editors
A New 'And Just Like That' Table Read Pic Confirms A Key Character's Return
By Jack Irvin and Grace Wehniainen
These Are Kylie Jenner's Best Paris Fashion Week Looks... So Far
By Dominique Norman
7 ‘Ugly’ Trends Kendall Jenner Makes Look Cool
By Allie Fasanella
Get Even More From Bustle — Sign Up For The Newsletter