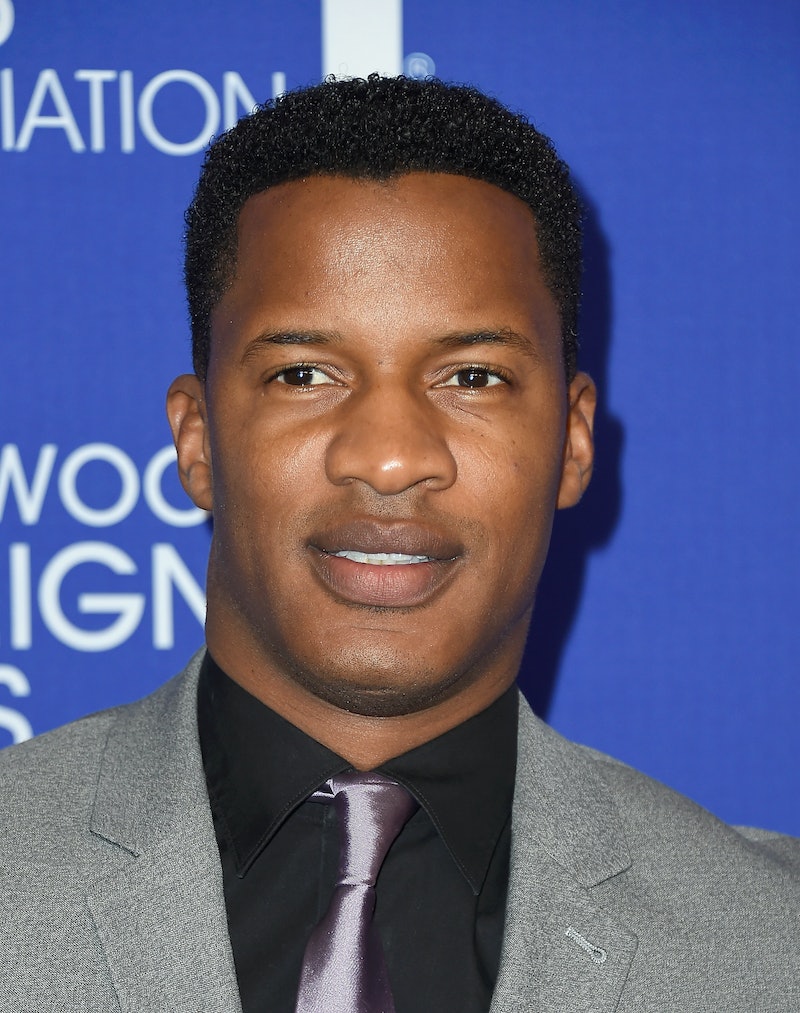 Back in 1999, a Penn State student and his roommate were accused of raping an 18-year-old woman. Those two students grew up to be The Birth of a Nation actor, writer, and director, Nate Parker, and Jean Celestin, who co-wrote the movie. While Parker was acquitted of the charges, according to Variety, Celestin was found guilty of sexual assault and sentenced to six months in prison. (He appealed and was given a new trial in 2005, but the woman no longer wished to testify.) This part of Parker and Celestin's past resurfaced this week, along with news that the victim committed suicide in 2012, as her brother shared with Variety. Late Tuesday night, Parker shared his response to the situation on Facebook in a post "written from my heart."

At the beginning of his statement, the 36-year-old said he wants people to view him as a fellow human being, one who is "devastated." He wrote,

Over the last several days, a part of my past — my arrest, trial and acquittal on charges of sexual assault — has become a focal point for media coverage, social media speculation and industry conversation. I understand why so many are concerned and rightfully have questions. These issues of a women’s right to be safe and of men and women engaging in healthy relationships are extremely important to talk about, however difficult. And more personally, as a father, a husband, a brother and man of deep faith, I understand how much confusion and pain this incident has had on so many, most importantly the young woman who was involved.

He goes on to maintain his innocence in the situation:

I cannot — nor do I want to ignore the pain she endured during and following our trial. While I maintain my innocence that the encounter was unambiguously consensual, there are things more important than the law. There is morality; no one who calls himself a man of faith should even be in that situation. As a 36-year-old father of daughters and person of faith, I look back on that time as a teenager and can say without hesitation that I should have used more wisdom.

The actor said he is devastated to hear that the woman is no longer alive and he's filled with "profound sorrow." He also noted his "indignant attitude and my heartfelt mission to prove my innocence" at the time of the trial and said, "I see now that I may not have shown enough empathy even as I fought to clear my name." He concluded the statement by saying he does not wish to run from this point in his life. Parker said, "Please don’t take this as an attempt to solve this with a statement. I urge you only to take accept this letter as my response to the moment."

Meanwhile, in response to the assault allegations resurfacing, the woman's family released the following statement to the New York Times:

We appreciate that after all this time, these men are being held accountable for their actions. However, we are dubious of the underlying motivations that bring this to present light after 17 years, and we will not take part in stoking its coals. While we cannot protect the victim from this media storm, we can do our best to protect her son. For that reason, we ask for privacy for our family and do not wish to comment further.

Following the release of that statement, the victim's sister, Sharon Loeffler, told the New York Times that it did not represent the feelings of all of the family members, and that believed her sister "had been broken" by the 1999 case and its aftermath. Loeffler said,

"I know what she would’ve said, and that would be, ‘I fought long and hard, it overcame me. All I can ask is any other victims to come forward, and not let this kind of tolerance to go on anymore.’ ... These guys sucked the soul and life out of her."