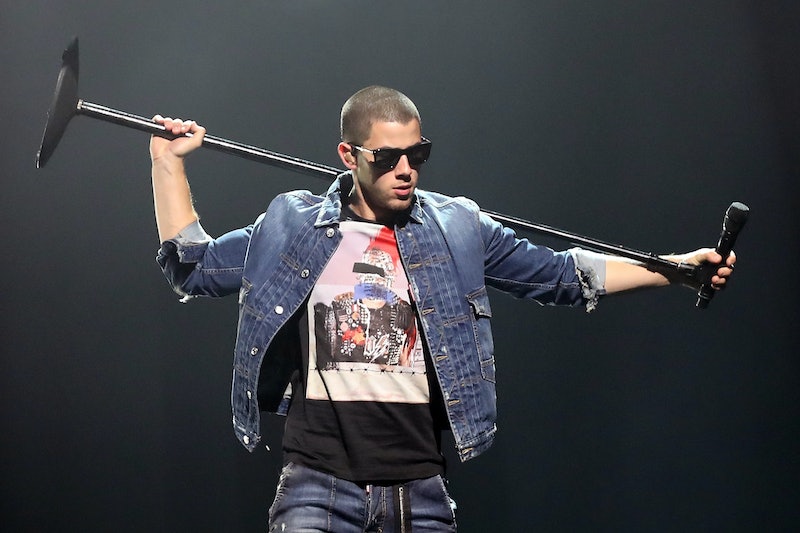 Friends, Romans, countrymen, lend me your — eyes. We need to have a chat. Do you know, how I know, that we are all going to have a good time on August 28? It's because Nick Jonas is performing at the VMAs on that hallowed day. What did we do to deserve such a blessing? I am not sure, but I am also not questioning it. Let's just go with it, shall we? We shall. Later on we can discuss our outfit hopes for him (um, no shirt would be great), but, for now, let's get into who he'll be performing with, because he's not going at this solo.

Ty Dolla $ign will be entertaining the crowd with Jonas, and, while the two have kept the general public in the dark about their performance, they'll probably perform the song "Bacon" which they sing on Jonas' album, Last Year Was Complicated, together. I mean, it makes sense. Though I have a sneaking suspicion that if they do wow the audience with that song, it won't be the only one. I'm hoping for a Jonas medley, personally. I mean, why not with all of the recent hits he's had? If you get him up on a stage, you make that boy sing as much as you possibly can in the allotted time given. It's an unspoken rule. One that shan't be broken.

In fact, out of principle, here are some songs that I'm going to go ahead and suggest Jonas sings at the VMAs in an inspired medley. Because not performing them in front of thousands in person and the entire nation on TV would be an outright travesty.

...Is it too much to ask for a surprise performance by Tove Lo as well? Maybe I'm pushing it.

Sue me, I'll never get sick of it.

It's too fun to ignore.

I guess I have no choice but to host a viewing party now. This performance is going to be too important to not commemorate.