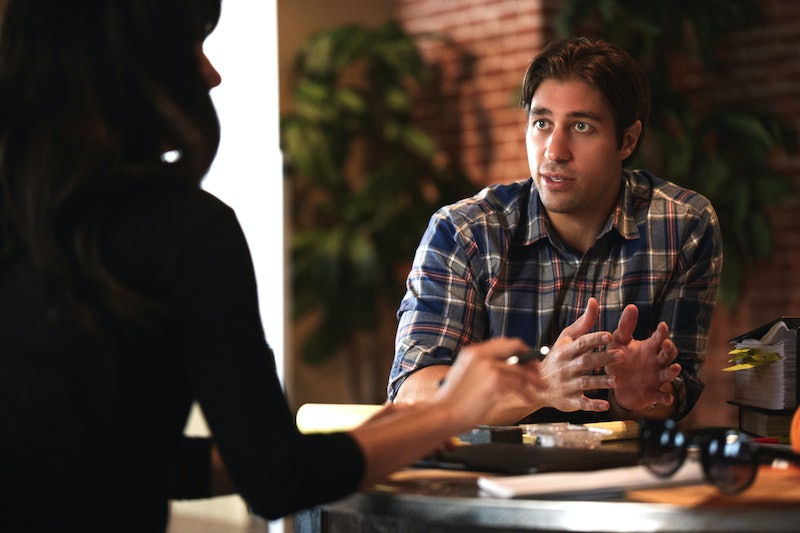 Unjust convictions are a sad reality of the modern criminal justice system. Despite being built around the idea of truth and only reserving the declaration of guilt for cases that go "beyond a reasonable doubt," there have been instances where people convicted of crimes are later proven innocent. Luckily, the same system that placed Ryan Ferguson, host of MTV's new docu-series Unlocking The Truth, behind bars for a crime he didn't commit realized that a mistake was made and his conviction was overturned. Ferguson being released was the best possible outcome, but he still had to spend a great deal of his early life in prison. How long was Ryan Ferguson in jail?

Ferguson's struggle to assert his innocence was a long process, taking nearly 10 years before he was released. As reported by ABC News, Ferguson's 2005 murder conviction was overturned in November 2013 and the number of years he spent in prison — 10 — has gone on to define his efforts of educating others about how the criminal justice system can fail. His twitter handle, @tenyearslater, serves as a constant reminder that the wrongful conviction took away 10 years of his life. Now in Unlocking The Truth, Ferguson works with The Exoneration Project's Eva Nagao to investigate other prisoners' claims of innocence.

Ferguson spoke to Today about his time in prison and said, "It really hurts to think about that ... You try to avoid it, but it's impossible. I missed out on all my 20s, and there's just no getting away from that." He also opened up about what his life in prison was like in a Reddit AMA. When asked what was on his mind his very first day in jail, Ferguson replied, "Survival. You have to be prepared to get your butt whopped. If people see that in you, your chance of making it goes way up. It cannot be faked."

Living through this difficult experience has left Ferguson with a great deal of empathy for those who are convicted, whether they were innocent or guilty. Ferguson said in his AMA that he still speaks to fellow prisoners from his time in and said, "There are some incredible people in there and after a decade I found about a hand full. Good guys who messed up in life who deserve a second chance."

Ferguson has been publicly advocating for cases in which people maintain their innocence or may have been wrongfully convicted, including the trials of Steven Avery and Brendan Dassey, which were featured in Netflix's groundbreaking Making A Murderer series. Ryan Ferguson may have missed out on a large portion of his life while in prison, but he's making up for lost time by trying to make sure that no one else spends time in jail for a crime they didn't commit.