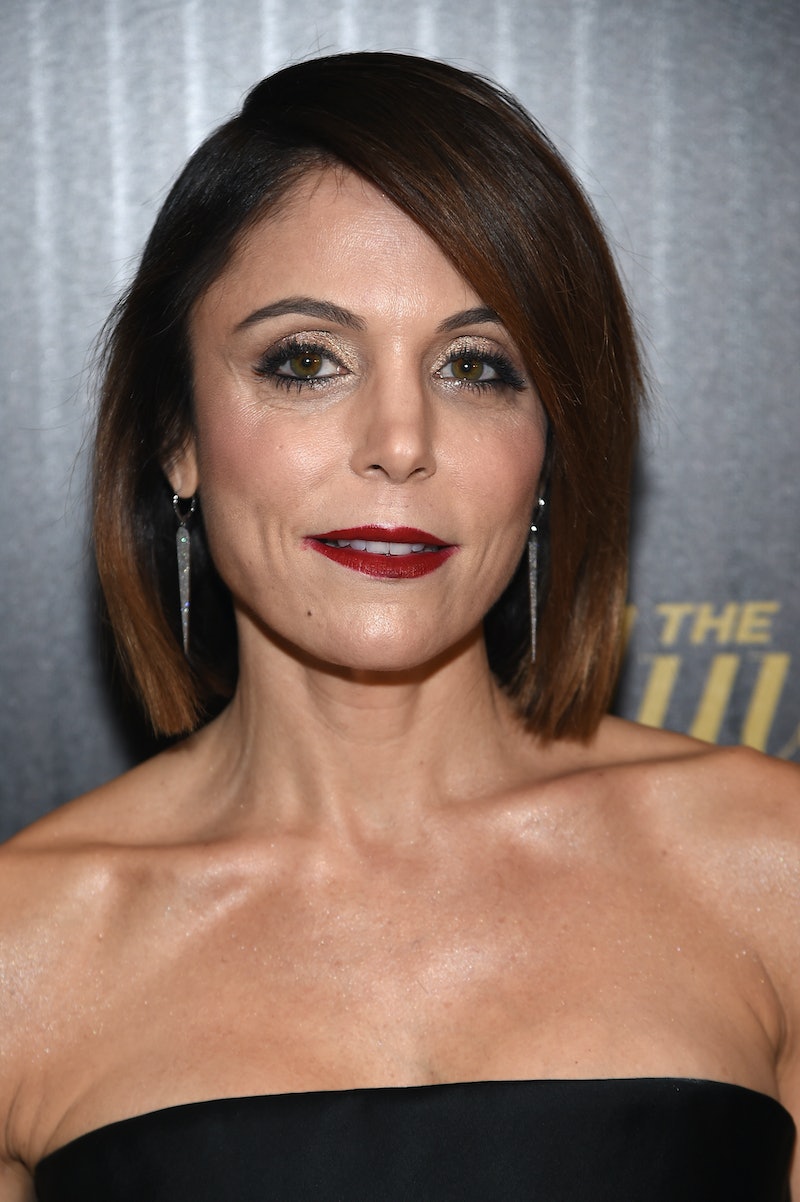 In what has to be the worst news I've heard in a long time (yes, I'm being dramatic, but still somewhat serious), there's a good chance that Bethenny Frankel will leave Real Housewives of New York City after Season 8. While chatting with Entertainment Tonight, the reality star said not only has she distanced herself from the show, but that she's seriously thinking about not returning. "You might not see me back," she came outright and declared. Apparently, the Season 8 reunion was just too negative for the Skinnygirl mogul and she'd rather live in a happier place. I can't blame her there, but it would be a total bummer if Frankel didn't return, because she is the best and I adore her so. Of course, she needs to do what is best for herself and what is going to make her happy.

"It was a long year," she said about RHONY before adding, "It's definitely work." She then opened up about the reunion, which has been "by far" the hardest one for the Bravolebrity. "It was very, very negative and I didn’t enjoy it at all," the 45-year-old explained. "Something very dramatic happened at the reunion that questioned my integrity. If someone questions my business or my integrity I take it really seriously.”

Even though the 2016 summer has been her "summer of freedom," which has made her feel lighter, Frankel has taken the time to make some serious and big changes in her life. Those changes may include leaving RHONY, but nothing has been officially decided. "I'm doing what I want to do and definitely making some changes in my personal and professional life, and deciding kind of how to line up all the pieces on the board in the fall," she said. "I have a lot of different businesses and business decisions to make."

It also seems that her RHONY co-stars have played a huge part in why she wants to exit, save for her bestie Carole Radziwill, who she has spent time with over the summer. Frankel is all about presenting her true self on the series, and she doesn't believe some of the other Housewives are doing that. "I live my life honestly. You have 50 percent of the cast that has a whole taboo, police line, 'do not cross' section of their life that is not discussed on camera and never has been," she revealed. "For legal issues and liability issues, Bravo doesn't need to bring it up and it’s a difficult line to ride, and that may be why I don't come back."

If she does end up taking her final RHONY bow, the series won't be the same. However, it will survive, just like it did when she left after Season 3. Though, who knows if her second departure means she's leaving the door cracked for another return or if she'd be closing her Real Housewives chapter for good.

Whatever happens, I'm definitely curious to see what occurred at the reunion that has affected Frankel so much. Also, if she does leave, this is further proof of how Season 8 is just like Season 3. But, let's keep those fingers crossed that she comes back to Bravo somehow.