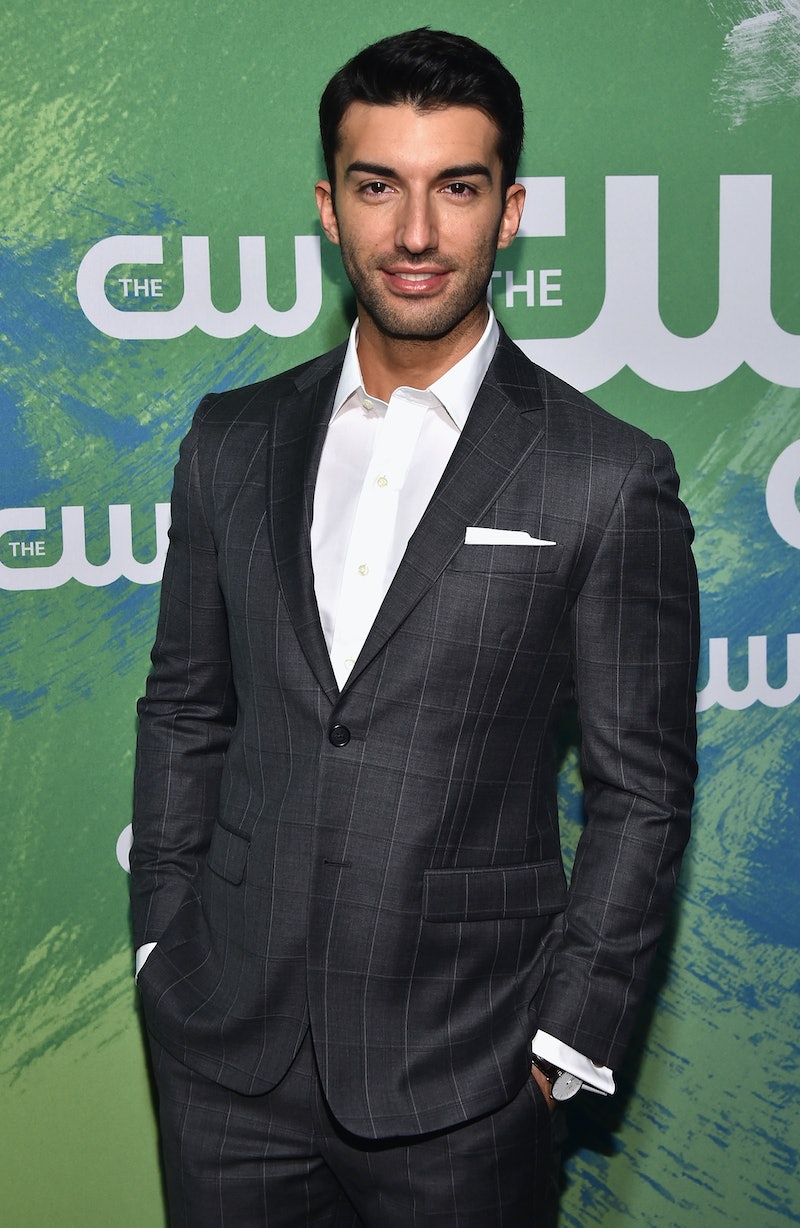 For nearly three straight hours on Tuesday night, I was in tears. That emotion carried into my Wednesday afternoon as well, and next thing I knew, I was rethinking my entire life. That’s how moved I was watching The CW’s new docs-series My Last Days , created and directed by Jane the Virgin star Justin Baldoni. At only 32-years-old, the actor uses his platform to give audiences a bit of his perspective in a noisy world, completely shifting the way I think about life. The series showcases the daily trials and tribulations of six real-life heroes that will, I'm guessing, blow your mind.

Claire Wineland, Darth Vader, Kat Lazo, Isabel Bueso, Kendrick David Evans, and Jess Oldwyn are people of different age, gender, background, and race, but are united in one way: They’re each facing terminal illness. I had the experience of a lifetime watching Baldoni see his creation come to life at the LA premiere Tuesday evening with these six outstanding humans and their families by his side. If I could put the overwhelming emotion of that night into words, I would. And if it wasn’t for Baldoni’s own struggles, this project may never have existed. Just before the premiere, the actor opened up to me about the most significant pivotal turning point in his own life — the one which changed it all and eventually led to My Last Days.

Baldoni aims to tell stories of those whose stories wouldn’t normally be told. Before a large group of viewers at the premiere, he explains that this initiative is not about “Hollywood hot shots,” but the “potential of what media can do in the world.” And I have a feeling this series will do a lot, if it hasn’t already. Viewers will leave feeling inspired and uplifted— because if these people who know their time on earth is coming to an end can take such charge of their lives, be present and refuse to be defeated, why can’t the rest of us?

It was in Baldoni’s own moment of feeling defeated in which he decided to pick himself up and turn his life around. “I was 26-years-old and I had pretty much lost everything,” he says. “I had put all my faith into the wrong things.” When the actor was at his lowest, fate and opportunity knocked on his door. He says he won a trip to Haifa, Israel, and was hugely inspired by landmarks like the Bahai shrine and Bahai Gardens. In that moment, he woke up.

“I said, ‘God. Use me for whatever the heck you want to use me. Let me be of service with whatever gifts and talents I have,’” he recalls. From then on out, he lived in the moment and embraced his truth. “I left acting and shortly after, I created this show. The whole idea was to be in service of any way and try to figure out how to inspire people with art, with my content, and with telling other peoples’ stories,” he explains. “Hoping that I can tell stories in a way that inspires them and changes the world.”

If that doesn’t inspire the hell out of you, I don’t know what will.

And while the inevitability of death is a prevalent factor in the show, Baldoni explains how he finds death terrifying yet inspiring at the same time. “Everything about death scares me. And that’s why I did the show,” he says. “No matter how deep I am in my faith, and what I believe, I have attachments to this world. I have attachments to my wife, my daughter, my friends, my craft, the air. I love everything. So it’s scary. Death is scary,” he says.

But this is also the reason he says we need to stop “procrastinating” living. “[Death] doesn’t necessarily have to be [scary] in the way we think,” he explains. “I think death is more scary because we’re afraid of having regrets. We’re afraid of not becoming the people we want to become and living [our] lives,” he says. “This show and these people are here to inspire all of us to do it.” And they absolutely do.

No matter what struggles these people face, some completely unimaginable, none of them will think of themselves as victims or let their illness define who they are. Rather than being upset, vengeful, or angry, they laugh and smile, thankful for the moment they’re in, because to them, time is irrelevant. They are proud of the lives they’ve crafted. Their liveliness will not only make audiences kick themselves for getting caught up in day-to-day BS, but reflect on themselves and truly wonder: Am I proud of my life?

And go figure, when Baldoni would return to acting in the fan-favorite Jane the Virgin, he’d play Rafael, a man who defeated cancer. “I had just come off this whole thing with cancer and all this stuff and then [Jane the Virgin] happened,” he says. Needless to say, his entire experience with My Last Days not only allowed him to have a deep empathy for his character, but breathe special understanding and life into him.

Now I sit here, emotionally drained with puffy eyes, but ironically, have never felt so liberated. I urge anyone reading to watch the three-part series Wednesday, Thursday, and Friday night on The CW, educate yourself on these people and the campaigns tailored to their stories, and most importantly, start living your life the way you want to.